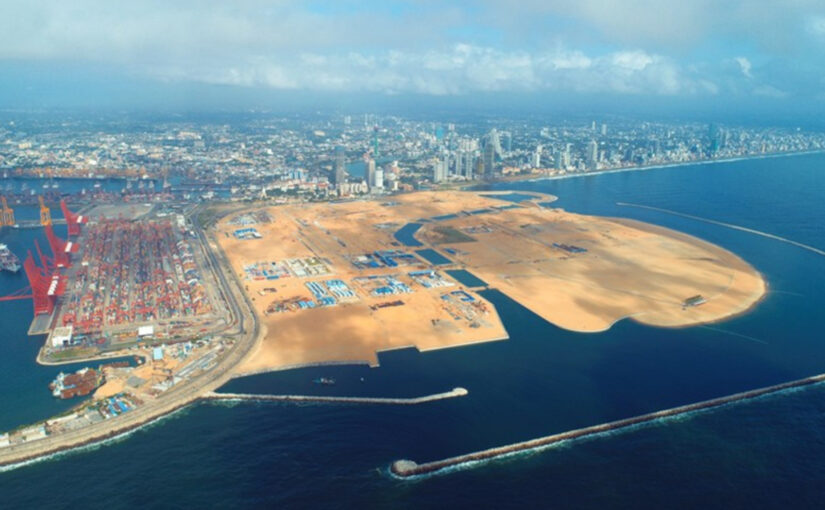 This useful and comprehensive article by Amanda Yee, originally published in Liberation News, discusses the accusation that China is engaged in “debt trap diplomacy”; that it imposes predatory loans on countries of the Global South with a view to taking control of their resources.

Amanda details the most-cited putative examples of this phenomenon – the Hambantota Port in Sri Lanka and the Entebbe International Airport in Uganda – and in both cases demonstrates incontrovertibly that the accusations of “debt trap diplomacy” are false. There is not a single case of China pressuring countries to take unsustainable loans; nor does China use national assets as collateral. The author points out that, in fact, China’s loan conditions are typically far less onerous than those of the West, and that the infrastructure projects it invests in “are determined by the recipient country, not China, based on their own economic and political interests.”

It’s the IMF and World Bank loans, not China’s, that are “granted on conditions of privatizing public sectors, gutting social welfare programs, and trade liberalization to enrich Western capitalist interests.” Thus a debt trap does exist; it was invented by, and continues to be used by, the imperialist powers. Accusations of China employing “debt trap diplomacy” are sheer projection and New Cold War propaganda.

U.S. politicians and corporate media often promote the narrative that China lures developing countries into predatory, high interest loans to build infrastructure projects as part of its Belt and Road Initiative. As the story goes, China anticipates that the borrowing country will default on that loan, so that it can then seize that asset in order to extend its military or geostrategic influence—evidence of China’s so-called colonizing of the Global South.

The concept of Chinese “debt trap diplomacy” finds its origins in a 2017 academic article published by a think tank in Northern India describing China’s financing of Sri Lanka’s Hambantota Port. The concept was then picked up by two Harvard graduate students in 2018, when they published a paper accusing China of “debtbook diplomacy” and “leveraging accumulated debt to achieve its strategic aims.” This paper was then widely cited by media publications, the idea of Chinese “debt traps” seeped into Washington and intelligence circles, and a short time later, by November 2018, a Google search of the phrase “debt trap diplomacy” generated nearly two million results.

By now the “debt trap diplomacy” accusation has become a bipartisan one: both the Trump and Biden administrations have peddled it, and it’s been further advanced by organizations such as the U.S. International Development Finance Corporation, and corporate media outlets like The New York Times, The Washington Post, and The Hill.

In one egregious instance, BBC News even edited an interview with Deborah Bräutigam—a scholar known for her work challenging the validity of the Chinese “debt trap diplomacy” myth—to only include her explanation of the myth itself, omitting all evidence she cited against it, leading listeners to believe that Bräutigam was, in fact, claiming the concept was true.

Generally, there are three problems with this “debt trap diplomacy” myth.

The first problem is that this myth assumes China unilaterally dictates Belt and Road Initiative projects to lure other countries into taking on these predatory loans. In reality, Chinese development financing is largely recipient-driven, through bilateral interactions and deals. Infrastructure projects are determined by the recipient country, not China, based on their own economic and political interests.