We republish below an important piece of analysis by Keith Lamb, originally published in CGTN on 23 November 2021, seeking to understand the US’s motivations in imposing restrictions on China’s semiconductor industry. The author concludes that semiconductor technology is crucial for China’s goal of building a modern socialist country by 2049, and that the US and its allies are determined to impede – or ideally prevent – any further economic breakthroughs for socialist China.

Since 2015, the U.S. has introduced technological restrictions preventing China from both competing openly in consumer markets and acquiring technology. Restrictions have focused on the semiconductor industry and correlated sectors. For example, the Chinese chipmaker Semiconductor Manufacturing International (SMIC) was blacklisted in December 2020, and, just before this, U.S. and non-U.S. chipmakers who use U.S. semiconductor technology, were forced to comply with U.S. sanctions meaning they could no longer take orders from companies like Huawei.

The U.S. has justified its actions by citing China’s civil-military integration where semiconductors can be used in advanced weaponry. However, even if true, considering the U.S. military and the microchip industry grew in tandem, this crossover wouldn’t be extraordinary. At any rate, it isn’t China’s military that surrounds the U.S., and nor does China seek to confront the U.S. which sits securely protected by two oceans and two compliant neighbors.

END_OF_DOCUMENT_TOKEN_TO_BE_REPLACED 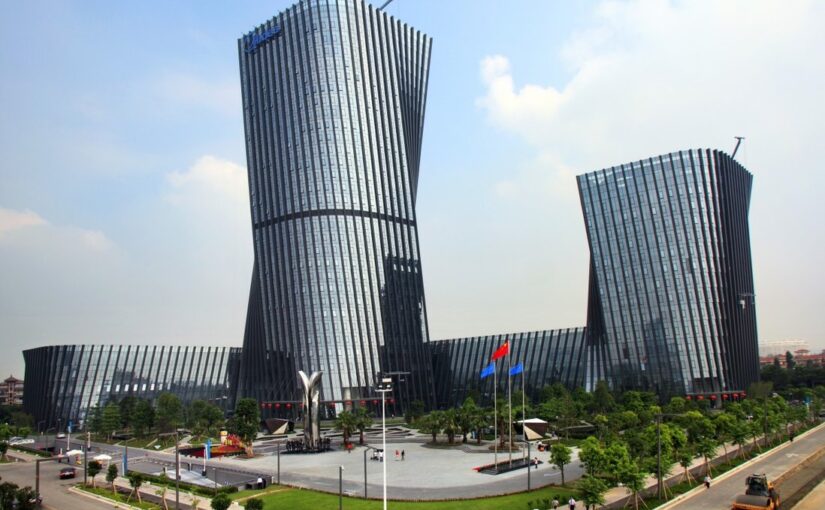 Justin Yifu Lin is one of China’s most distinguished economists and a former Chief Economist and Senior Vice President at the World Bank.  We are very pleased to republish here from Asia Times his important article on the Fourth Industrial Revolution. Lin points out that new industries will predominate in China by the time of the People’s Republic’s centenary in 2049. He notes how historically the United States has taken measures to prevent any rising power from being able to challenge its hegemony. China therefore needs to break through the US blockade and to do so it must lead the new industrial revolution. China not only has the material conditions to do this, he argues, but also a number of comparative advantages over the US.

As a national mandate, the 19th National People’s Congress of the Communist Party of China (CPC) in 2017 announced its “Two Centennial Goals”: the first is to complete building a moderately prosperous society in an all-round way in China, which is to be achieved at the 100th anniversary of the CPC in 2021, and the second is to build the People’s Republic of China into a modern socialist power by 2049, the  100th anniversary of its founding.

There are a number of characteristics of a modern country. One is that China’s GDP per capita should reach at least half of that of the United States, the other most powerful country.