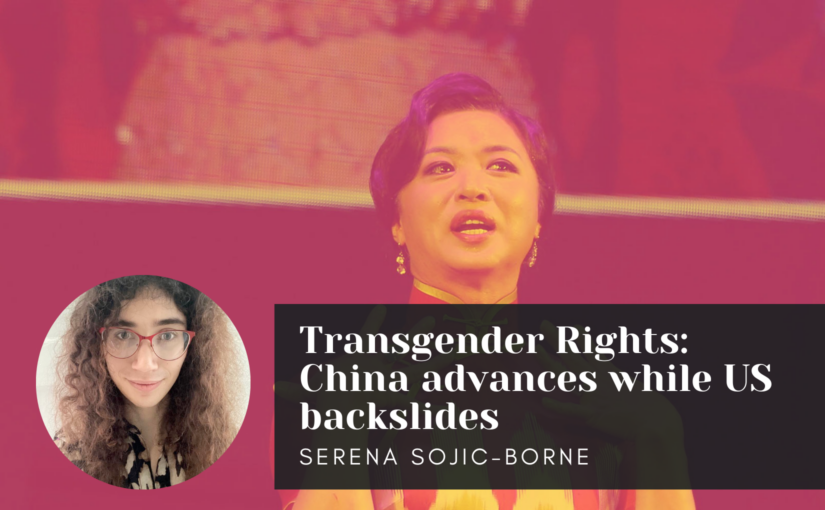 The following article, written for Friends of Socialist China, by Serena Sojic-Borne, a transgender community organizer in New Orleans, and member of the Freedom Road Socialist Organization, contrasts the situation and prospects for transgender rights in the US and China. Serena explains how, while much remains to be done in both countries, China’s ongoing progress is underpinned by the Chinese revolution’s long struggle against feudal patriarchy and its commitment to human equality, whilst the endemic misogyny, transphobia and racism of US imperialism underscore the rise in both the murder of trans people and legislative attacks on their rights.

This year, transgender star and People’s Liberation Army veteran Jin Xing announced the re-launch of her talk show. It aired in 2015-2017 as the most-watched show in China. With 100 million viewers, Jin was the world’s most popular trans celebrity. Her rise to fame foretells the Chinese people’s rise against transphobia.

But in the US, trans people have suffered sharpening attacks. Last year broke records for trans murders and state-level anti-trans legislation.

What does this difference tell us?

In a coordinated transphobic attack, state legislatures introduced over 100 anti-trans bills in 2021. In Newsweek, Imara Jones reported about how hate groups like the Family Research Council draft and disseminate “model legislation,” including bans on trans kids playing sports and getting healthcare.