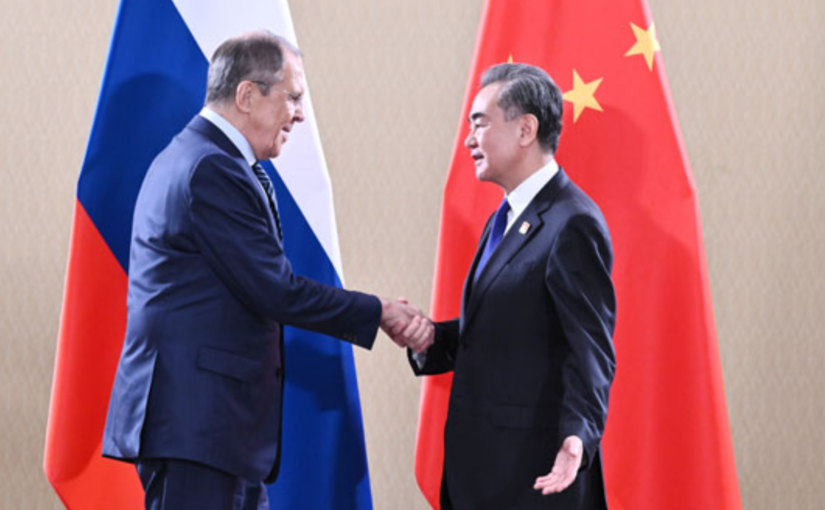 As part of the recent week of intensive diplomatic activity in Asia, focused around regional and global gatherings successively in Cambodia, Indonesia and Thailand, Chinese Foreign Minister Wang Yi met with his Russian counterpart Sergey Lavrov in Bali, Indonesia, on November 15, on the sidelines of the G20 Summit of major economies.

Discussing the Ukraine issue, Wang Yi said that China has noted that Russia recently reiterated its established position that a nuclear war must never be fought, which represents a rational and responsible attitude of Russia.

The importance of this statement is that it clearly debunks the, deliberate or otherwise, misrepresentation of the comments made by Chinese President Xi Jinping, for example in his meeting with German Chancellor Scholz, opposing the use or threat of use of nuclear weapons in the context of the Ukraine conflict as somehow representing an attack on Russia or indicating a fundamental difference between the two countries.

The following article was first published on the website of the Chinese Foreign Ministry.

On November 15, 2022 local time, Member of the Political Bureau of the CPC Central Committee, State Councilor and Foreign Minister Wang Yi, who was accompanying President Xi Jinping to the Group of Twenty (G20) Bali Summit, met with Russian Foreign Minister Sergei Lavrov on the sidelines of the summit.

Lavrov once again extended warm congratulations on the success of the 20th National Congress of the Communist Party of China (CPC). He said that President Xi Jinping’s re-election as General Secretary of the CPC Central Committee by a unanimous vote testifies to the lofty political prestige of President Xi Jinping and the deep trust and strong support from the Chinese people. Russia is ready to work with China to further consolidate the sound momentum of high-level exchanges between the two countries, maintain the continuity of the Russia-China comprehensive strategic partnership of coordination, expand pragmatic cooperation between the two sides, and strengthen international coordination, so as to fully release the potential of Russia-China relations.

Wang Yi said that the success of the 20th CPC National Congress has been in the limelight in China and the world as a whole. The most important outcome of the congress is the election of a new central leadership with Comrade Xi Jinping at its core. That fully reflects the common will of the whole Party and the people across the country. Steered by General Secretary Xi Jinping at the core of the Party central committee and in the Party as a whole, and under the guidance of Xi Jinping Thought on Socialism with Chinese Characteristics for a New Era, China, as a giant ship,  will forge ahead toward the established goal of realizing the great rejuvenation of the Chinese nation without fear of any winds and storms. China is ready to work with Russia to pursue a well-coordinated approach to high-level exchanges and exchanges in various fields, deepen pragmatic cooperation, and facilitate personnel exchanges.

END_OF_DOCUMENT_TOKEN_TO_BE_REPLACED 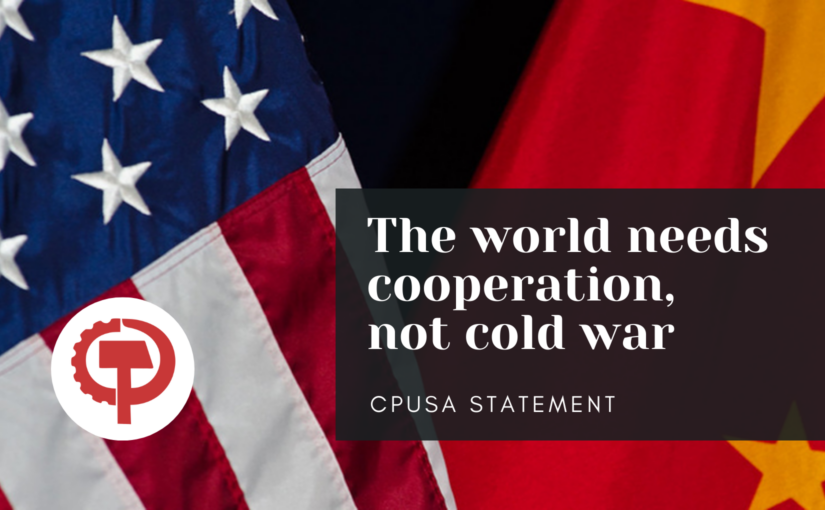 We are pleased to republish the following statement, issued recently by the CPUSA Peace & Solidarity Commission and the International Department.

What the world needs is peaceful international relations, equality, global cooperation, and development

What is needed above all in the world today is cooperation among all nations to address existential threats to humanity and indeed life on earth. What is needed now is for all nations to abide by the UN Charter, to join the Treaty to Ban Nuclear Weapons, to honor other nuclear weapons treaties, and to pivot national budgets to dismantling and eliminating nuclear weapons. What is needed above all is immediate action to prevent tectonic environmental shifts. All nations must act together to prevent the observable climate calamities from getting far worse and to seek out solutions to material energy needs that benefit all humankind while protecting the health of the planet. What is needed now is global collaboration to significantly reduce the pandemic through immediate universal access to vaccines and medicines. Making the world safe and humanity healthy should top the priority list of all nations. In particular, the two countries with the biggest economies and biggest impact on earth, the United States and China, along with their partners and allies have the responsibility to cooperate to these ends.

The CPUSA welcomes the joint statement by China and the U.S. on climate cooperation and demands its urgent, practical implementation and extension to other critical domains. Such offers of cooperation have to be deepened, widened, and urgently acted upon.

END_OF_DOCUMENT_TOKEN_TO_BE_REPLACED 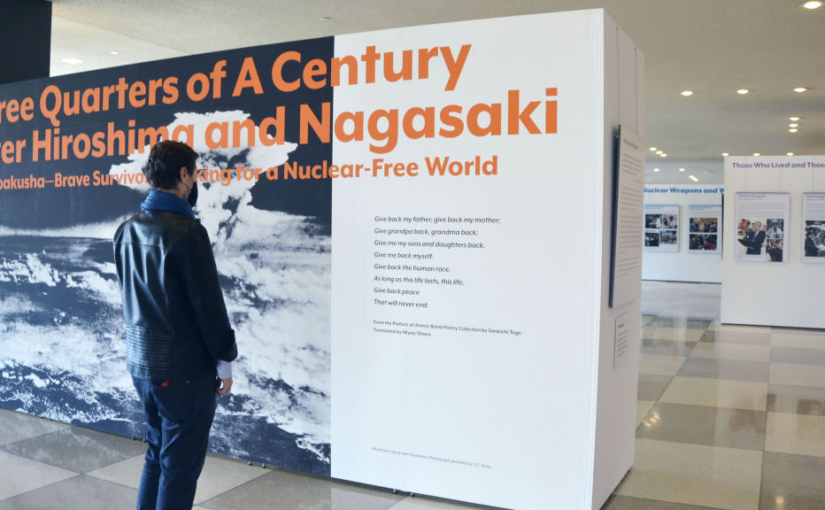 This article by Keith Lamb, republished from CGTN, examines the recent joint statement by China, Britain, France, the US and Russia of their shared determination to avoid nuclear conflict. While this is certainly a positive development, Lamb points out that in a geopolitical context of imperialism, hegemonism, unilateralism and war, the danger of nuclear conflict remains ever-present. He calls on the other nuclear powers to follow China’s lead in adopting a no-first-use policy, and in working towards a multipolar system of international relations based on peace, equality, mutual respect, and sovereign development.

The recent joint statement by China, Britain, France, the U.S. and Russia affirming that “a nuclear war cannot be won and must never be fought… [and] as long as they continue to exist – should serve defensive purposes, deter aggression, and prevent war” is certainly a step in the right direction, by the five nuclear-weapon states.

However, as tensions heat up in Ukraine and the U.S. continues to ignite a new cold war, with China, concrete actions need to back up this lofty language and the historical context of the brutality of atomic weapons must be laid clear so that the states who have the power to reign peace onto the world can take stock and set the correct course for their future actions.

Historically, only the U.S. has ever used the atomic bomb which killed up to an estimated 300,000 primarily old, women and children in Hiroshima and Nagasaki, Japan. Tragically if we believe the likes of General Dwight D. Eisenhower or Admiral William D. Leahy then Japan was already defeated and the atomic option was unnecessary. Thus, the brutal atomic option was more a geopolitical lesson for the USSR.