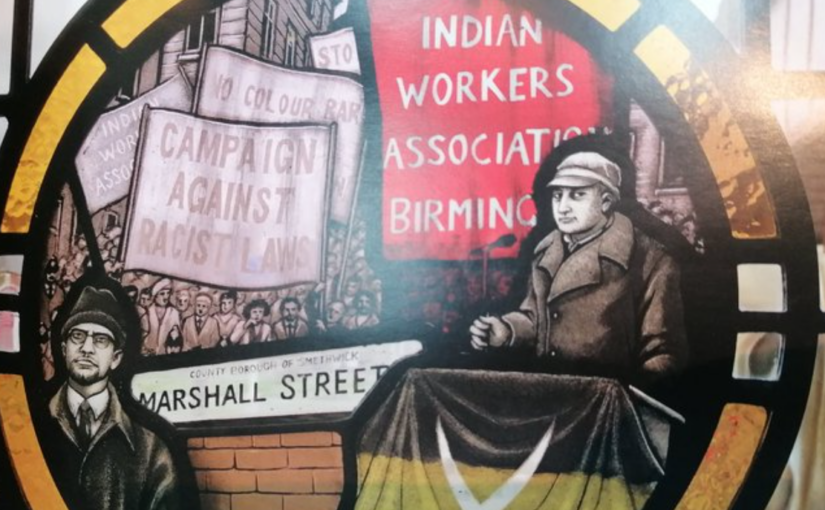 In our contribution to the Fifteenth Forum of the World Association for Political Economy (WAPE), hosted by China’s Shanghai International Studies University last December, Friends of Socialist China surveyed the history of support for the Chinese revolution in the working-class movements in the United States and Britain and noted:

“As in the United States, it was again the political representatives of oppressed peoples who came to play an outstanding role in supporting and defending the People’s Republic, be it on the part of the outstanding Trinidadian communist Claudia Jones or of such organisations as the Indian Workers’ Association, its equivalent bodies among Bangladeshi, Pakistani and Kashmiri workers, the Black Unity and Freedom Party, the Black Panther Movement and many others. Very often out of the sight and hearing of much of the predominantly white left, they collectively constituted the mass proletarian base for China friendship and solidarity in Britain, from the early 1960s onwards.”

The working-class movement lost one of the true giants of that movement with the death on October 7th of Avtar Singh Jouhl at the age of 84. Avtar came to Britain in 1958 and joined the Indian Workers’ Association (IWA GB) the same year. He came intending to study at the London School of Economics (LSE) but instead found himself working in a foundry in the West Midlands for many years. His son Jagwant was quoted by the BBC as observing: “Most people think the streets were paved with gold, but the reality was they were paved with soot from the foundries.”

In 1965, Avtar invited Malcom X to Smethwick, near Birmingham, to see the type and extent of racism and the ‘colour bar’ then prevalent in the area, just weeks before the African-American revolutionary leader was assassinated.

Becoming National President of the IWA, Avtar played a very full role in the life of the community, the struggle against racism, the trade union movement, and the struggles of the working class in Britain, along with mobilising support for the revolutionary struggle in India, for anti-imperialist struggles throughout the world, and in support of the socialist countries.

Besides the IWA, Avtar played a leading role in the Association of Indian Communists in Britain (Marxist-Leninist) (AICML), which guided the work of the tens of thousands strong IWA, and was at various times a member of different parties in the British working-class movement.

Avtar followed the Marxist-Leninist line of “uniting all those who can be united” and this was reflected in the hundreds of people who attended his funeral, which was widely reported by the BBC and others, as well as in the tributes paid by trade unions like Unite and in the press of a number of left-wing parties, including the Socialist Workers’ Party (SWP).

Whilst sincere and affectionate, most of these tributes left out something that was central to Avtar’s politics. He was not simply a Marxist, but specifically an adherent of Marxism-Leninism-Mao Zedong Thought. Under the guidance of Avtar and a number of his comrades, especially the late Jagmohan Joshi and Teja Singh Sahota, the IWA and the AIC were staunch supporters of the Chinese revolution and friends of China, maintaining close comradely connections with the country, particularly through the 1960s and 1970s. When the Britain-based editors of Friends of Socialist China initiated the Hands off China! campaign in response to the attacks on China in the run up to the 2008 Beijing Olympics, Avtar was one of the first people to offer his support, joining veteran communist Isabel Crook and Ghanaian diplomat Kojo Amoo Gottfried as a patron of the campaign. Avtar also gave strong support to the Democratic People’s Republic of Korea, Cuba and other socialist countries.

A year ago, Avtar’s son Jagwant recorded a long series of interviews in which his father recalled his life of struggle. We reproduce below two interviews devoted to China as well as a tribute carried in the Morning Star, written by Avtar’s friend Paul Mackney, the former General Secretary of NATFHE/UCU, the trade union for teachers in further and higher education.

We will remember Avtar as a great comrade and as a kind and sincere friend and extend our condolences to his family and all his many comrades and friends.

Paul Mackney, former general secretary of NATFHE/UCU, remembers a beloved comrade, lifelong socialist and union man who once brought Malcolm X to the West Midlands during the fight against racial segregation.

ON Tuesday morning, October 10, a large and loud gathering of UCU strike pickets, outside South and City College Birmingham, stopped their singing, chanting, blowing of whistles and vuvuzela playing to observe a minute’s silence.

END_OF_DOCUMENT_TOKEN_TO_BE_REPLACED 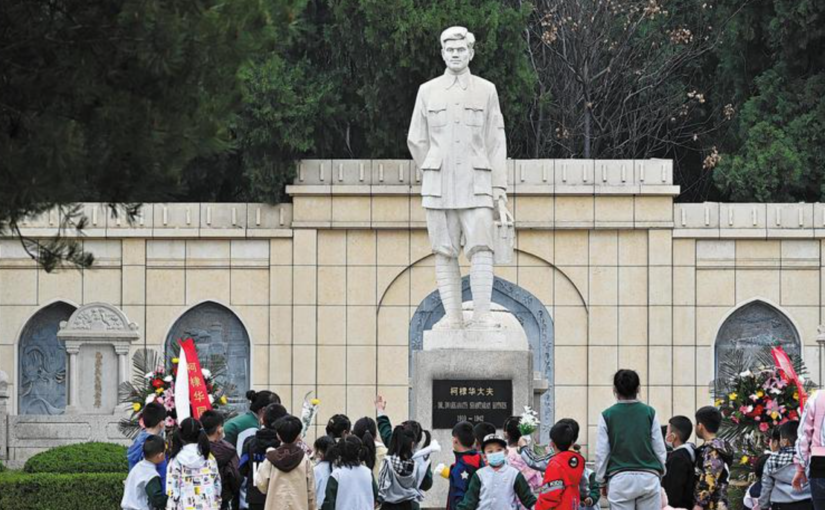 Dr. Kotnis was one of a team of five Indian doctors, one of whom had previously served with the International Brigades in Spain, who were sent to help the Chinese people in their war of resistance against Japan by India’s Congress party, then led by Jawaharlal Nehru and Subhas Chandra Bose, after China’s Red Army leader Zhu De had written a request to Nehru on the suggestion of Agnes Smedley, the American internationalist who maintained deep ties with the freedom movements in both countries.

The team were seen off from Calcutta (today’s Kolkata) by Congress leaders Bose and Sarojini Naidu, who, at the conclusion of a mass meeting in Jinnah Hall, said: “You are sent to the war-stricken people of China as messengers of goodwill and sympathy.  One or some of you may not return home.” Dr. Kotnis is the one who did not return.

In the spirit of the great Canadian communist, Dr. Norman Bethune, who the team had gone to replace following his death from sepsis incurred while operating behind enemy lines, Dr. Kotnis worked tirelessly, sometimes for 72 hours without sleep. He refused any special treatment, taught himself fluent Chinese, and passed on his knowledge by writing two textbooks on surgery (one uncompleted, he was actually struck by a fatal seizure as he was writing), and becoming a teacher and then the head of the Bethune Medical School.

It was while teaching at the school that he met, fell in love with and married Guo Qinglan, a nurse and nursing teacher. Their son, Yinhua, whose name means India-China was born just four months before Dr. Kotnis’s death.

Participation in the Chinese revolution had a profound effect on Dr. Kotnis. In an April 1, 1942 letter to his fellow team member, Dr. BK Basu, he wrote: “You know very well how backward I was before reaching Yan’an, my brain full of bourgeois ideas, and though full of national sentiments, hazy ideas of revolutionary methods. During over one year’s stay here, living the life of an Eighth Route Army man, ever receiving criticism from comrades, both during meetings and personal talks, I have myself been experiencing a good deal of transformation in my character, ideas etc.”

In July that year, Dr. Kotnis was admitted to membership of the Communist Party of China. When a student graduated from the Bethune School, Kotnis would write them the following words of encouragement: “Study hard for the sake of the liberation of the oppressed mankind” in English, and “Victory in the war of resistance against Japan” in Chinese.

In Shijiazhuang, the capital of Hebei province, the Ke Dihua (Kotnis’s Chinese name) Medical Science Secondary Specialized School, was founded in 1992. More than 45,000 medical professionals have graduated from it. Each of the new students and staff must swear in front of a statue of Kotnis that they will work like him.