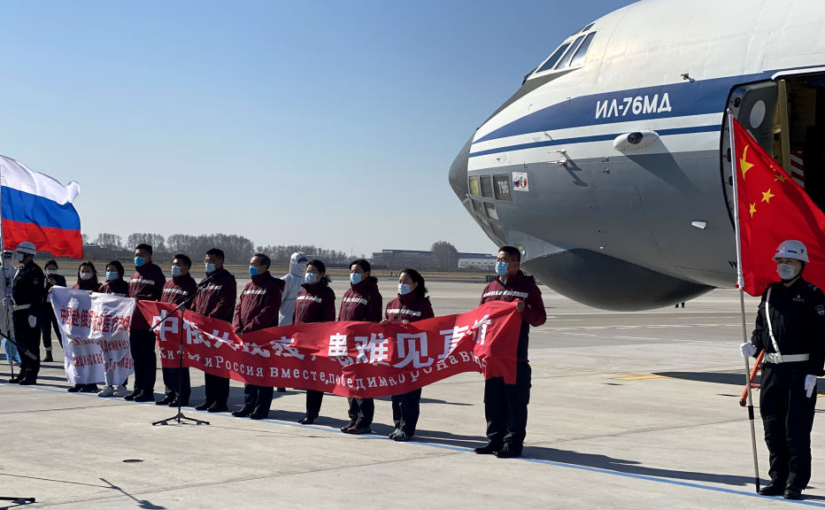 Chinese President Xi Jinping and Russian President Vladimir Putin held a virtual meeting on December 15th amid increasing aggression against both countries led by the United States. Friends of Socialist China co-editor Danny Haiphong published the following article in CGTN where he argues that China-Russia relations serve as a model for global cooperation and solidarity in the 21st century and beyond. The two heads of state are next scheduled to meet in person at the upcoming Winter Olympics in Beijing.

On December 15, Chinese President Xi Jinping and Russian President Vladimir Putin held a virtual meeting that emphasized the growing cooperation between the two countries amid unprecedented global challenges. Both sides agreed that relations between Russia and China represent a model for global cooperation in the 21st century.

The meeting came less than a week following a series of moves on the part of the U.S. that have intensified its cold war posture toward China and Russia. These include the spread of rumors of a so-called Russian “invasion” of Ukraine, the Biden administration’s “diplomatic boycott” of the Beijing 2022 Winter Olympics, and U.S.’ facilitation of a “Summit for Democracy” which directly targeted China and Russia’s political legitimacy.

There is no denying that U.S.-led aggression toward both China and Russia has driven the two countries closer together. The simultaneous U.S. expansion of NATO along Russia’s border and the exponential growth of the U.S.’ military presence in the Asia Pacific represent very real threats to China and Russia’s national security. Furthermore, both China and Russia have been targeted by U.S.-sponsored riots in China’s Hong Kong Special Administrative Region, Ukraine, and Belarus to name a few. U.S.-led hostilities have also come in the form of economic sanctions. China and Russia have responded to U.S. aggression by strengthening cooperation in the fields of defense, trade, diplomacy, and cultural exchange.