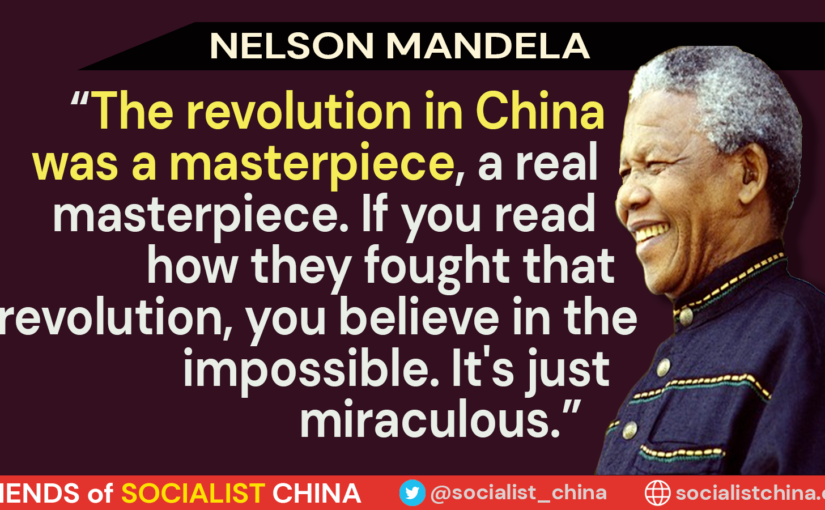 The Chinese Revolution has been an inspiration to freedom fighters globally, Nelson Mandela among them. He said:

The revolution in China was a masterpiece, a real masterpiece. If you read how they fought that revolution, you believe in the impossible. It’s just miraculous.

And in his famous autobiography, Long Walk to Freedom, he wrote:

I read works by and about Che Guevara, Mao Tse-tung, Fidel Castro. In Edgar Snow’s brilliant Red Star Over China I saw that it was Mao’s determination and non-traditional thinking that had led him to victory.

China gave important support to the South Africans freedom struggle, including providing military training to the earliest armed units of the ANC. In 1999, Mandela became the first South African president to visit China.

One thought on “Nelson Mandela on the Chinese Revolution”