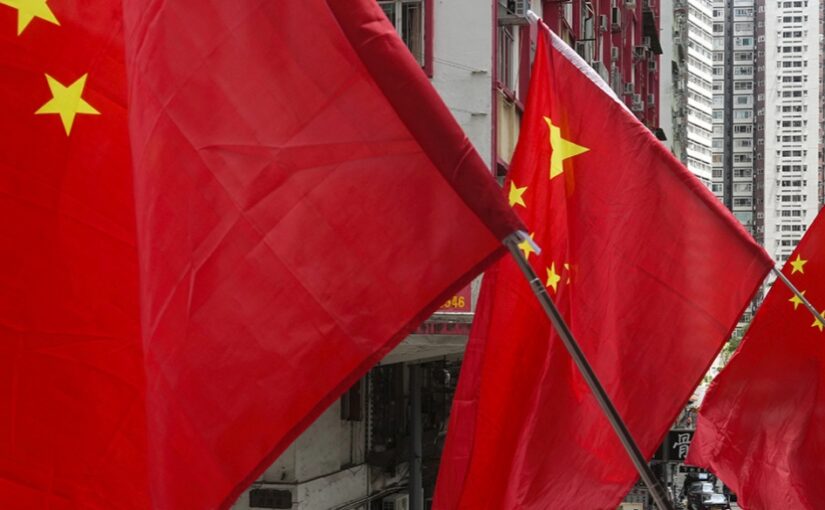 We are republishing this article by Friends of Socialist China co-editor Carlos Martinez, which originally appeared in the Morning Star on 2 July 2021. It is the fifth in a series of articles about the history of the Communist Party of China, which celebrated its centenary on 1 July 2021.

From 1978, the post-Mao Chinese leadership embarked on a process of “reform and opening up” — gradually introducing market mechanisms to the economy, allowing elements of private property, and encouraging investment from the capitalist world.

This programme posited that, while China had established a socialist society, it would remain for some time in the primary stage of socialism, during which period it was necessary to develop a socialist market economy — combining planning, the development of a mixed economy and the profit motive — with a view to maximising the development of the productive forces.

Deng Xiaoping, who had been one of the most prominent targets of the Cultural Revolution and who had risen to become de facto leader of the CPC from 1978, theorised reform and opening up in the following terms: “The fundamental task for the socialist stage is to develop the productive forces.

“The superiority of the socialist system is demonstrated, in the final analysis, by faster and greater development of those forces than under the capitalist system.

“As they develop, the people’s material and cultural life will constantly improve… Socialism means eliminating poverty. Pauperism is not socialism, still less communism.”

Was this the moment the CPC gave up on its commitment to Marxism? Such is the belief of many.

For supporters of capitalism, the idea that China “ascended” to capitalism from 1978 onwards is a validation of their own ideology; China was socialist and poor, and then became capitalist and rich.

This view is near-universal among mainstream economists. Even the well-known Keynesian Jeffrey Sachs, who is both politically progressive and friendly towards China, considers that the key turning point in Chinese history was not 1949 but 1978: “After nearly 140 years of economic and social strife, marked by foreign incursions, domestic rebellions, civil wars, and internal policy blunders of historic dimensions, China settled down after 1978 to stable, open, market-based production and trade.”

On the other hand, for many on the left (particularly in the West), 1978 marked a turning point in the wrong direction — away from socialism, away from the cause of the working class and peasantry.

The introduction of private profit, the decollectivisation of agriculture, the appearance of multinational companies and the rise of Western influence: these added up to a historic betrayal and an end to the Chinese Revolution.

The consensus view within the CPC is that socialism with Chinese characteristics is a strategy aimed at strengthening socialism, improving the lives of the Chinese people, and consolidating China’s sovereignty.

Although China had taken incredible steps forward since 1949, China in 1978 remained backward in many ways.

The bulk of the population lived a precarious existence, many without access to modern energy and safe water.

The low per capita income figure is deceptive in the sense that the poor in China had secure access to land and housing — by which measure they were doing much better than most of their counterparts in the developing world; nonetheless the vast majority were genuinely poor.

Meanwhile the capitalist world was making major advances in science and technology, and the gap in living standards between China and its neighbours was growing sufficiently wide as to threaten the legitimacy of the CPC government.

There was a yawning income gap between China and its east Asian neighbours.

In Guangdong, the southern province bordering Hong Kong, many were fleeing because, in the words of Hua Guofeng (Mao’s chosen successor as head of the CPC), “Hong Kong and Macao were wealthy and the PRC was poor.”

The leadership simply decided to “change the situation and make the PRC wealthy.”

Opening up to foreign capital, learning from foreign technology and integrating into the global market would allow for a faster development of the productive forces.

Export manufacturing would allow China to build up sufficient hard currency to acquire technology from rich countries and improve productivity.

Foreign capital would be attracted by China’s virtually limitless pool of literate and diligent workers.

All this was highly unorthodox compared to the experience of the socialist world up to that point (with some partial exceptions, such as Yugoslavia and Hungary).

Deng’s strong belief was that, unless the government delivered on a significant improvement in people’s standard of living, the entire socialist project would lose its legitimacy and therefore be in peril.

Marx wrote in volume 3 of Capital that “the development of the productive forces of social labour is capital’s historic mission and justification. For that very reason, it unwittingly creates the material conditions for a higher form of production.”

The vision of the CPC leadership was to replace “unwittingly” with “purposefully” — using capital, within strict limits and under heavy regulation, to bring China into the modern world.

Reform and opening up is perhaps best not as a capitulation to capitalism but as a return to the policies of the New Democracy period.

The CPC has always been adamant that what China is building is socialism; its basic guiding ideology has not changed in its century of existence, as was summed up succinctly by Xi Jinping: “Both history and reality have shown us that only socialism can save China and only socialism with Chinese characteristics can bring development to China.”

In borrowing certain techniques and mechanisms from capitalism, China is following a logic devised by the Bolsheviks during the New Economic Policy, using markets and investment to stimulate economic activity, while maintaining Communist Party rule and refusing to allow the capitalist class to dominate political power.

As Lenin put it in 1921: “We must not be afraid of the growth of the petty bourgeoisie and small capital.

“What we must fear is protracted starvation, want and food shortage, which create the danger that the working class will be utterly exhausted and will give way to petty-bourgeois vacillation and despair. This is a much more terrible prospect.”

Modern China has gone much further than the NEP, in the sense that private property is not limited to “the petty bourgeoisie and small capital”; there are some extremely wealthy individuals and companies controlling vast sums of capital.

And yet their existence as a class is predicated on their acceptance of the overall socialist programme and trajectory of the country. As long as they are helping China to develop, they are tolerated.

The fundamental difference between the Chinese system and capitalism is that, with capital in control, it would not be possible to prioritise the needs of the working class and peasantry; China would not have been able to achieve the largest-scale poverty alleviation in history; China would not be able to take the lead in combatting climate breakdown, or devote such incredible resources to containing the pandemic.

In adapting its strategy in accordance with new realities and a sober assessment of the past, the CPC was following the same principle it had always stood for: to seek truth from facts and to develop a reciprocal relationship between theory and practice.

In Mao’s words, “the only yardstick of truth is the revolutionary practice of millions of people.”

The CPC’s experience in practice was that a totally planned economy, in the specific circumstances it encountered, was holding back the development of the productive forces.

Its leaders therefore conjectured that a combination of planning and markets would “liberate the productive forces and speed up economic growth.” This strategy has thus far proven very successful.

Of course, the emergence of a capitalist class and an opening up to Western influence present significant threats and risks of their own.

But in a world still dominated by imperialism, no path to socialism is free from danger.