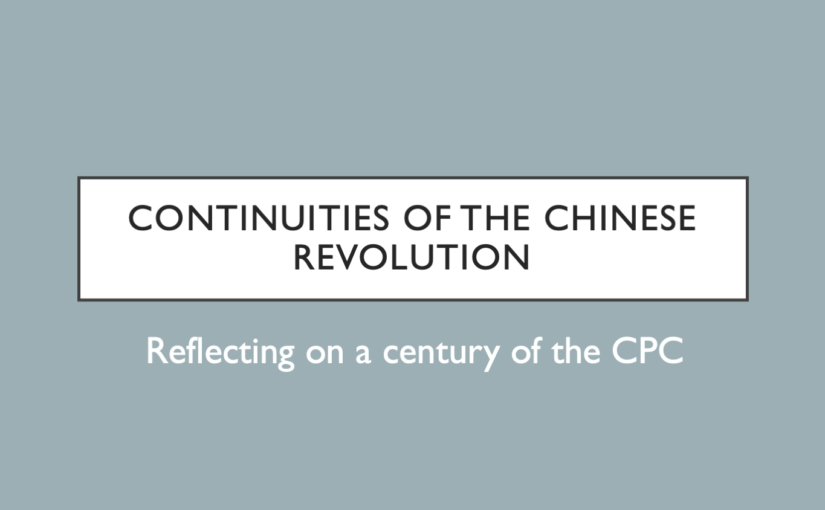 The Communist Party of China (CPC) was formed a century ago, in July 1921. From that time up to the present day, it has led the Chinese Revolution – a revolution to eliminate feudalism, to regain China’s national sovereignty, to end foreign domination of China, to build socialism, to create a better life for the Chinese people, and to contribute to a peaceful and prosperous future for humanity.

In this video lecture, Friends of Socialist China co-editor Carlos Martinez argues that, while the Chinese Revolution has taken numerous twists and turns, and while the CPC leadership has adopted different strategies at different times, there is a common thread running through modern Chinese history: of the CPC dedicating itself to navigating a path to socialism, development and independence, improving the lot of the Chinese people, and contributing to a peaceful and prosperous future for humanity.

The video is based on the essay No Great Wall: on the continuities of the Chinese Revolution.