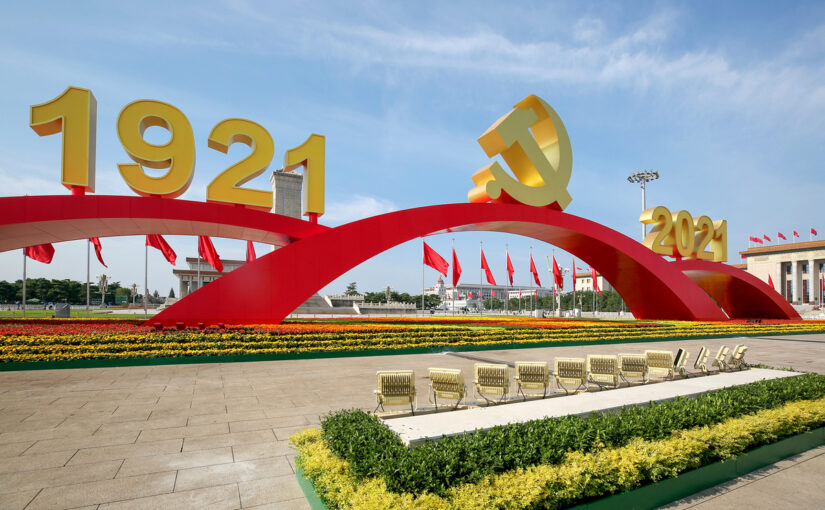 This article by Chen Weihua and Chen Yingqun in China Daily about the recently-released report, The CPC: Its Mission and Contributions, includes comments made by Friends of Socialist China co-editor Carlos Martinez. A fuller analysis of the document can be read here.

Experts worldwide hailed a key publication shedding light on the Communist Party of China’s mission and contributions as “powerful” and “inspiring”, saying it has outlined the successes of the first century of the Party’s history and charted the route in the coming decades.

The report, titled “The CPC: Its Mission and Contributions”, was released by the Publicity Department of the CPC Central Committee on Thursday, expounding on the Party’s mission and contributions.

The document stressed that the CPC is a political party that seeks happiness for the people and progress for humanity, and “achieving national rejuvenation is the historic mission of the CPC”.

Carlos Martinez, co-editor of Friends of Socialist China and co-founder of the international No Cold War campaign, said the document is “a powerful and inspiring document, outlining the successes of the first century of the CPC’s history, and describing the Party’s goals and challenges in the coming decades”.

“The document also outlines the CPC’s vision for the coming period, emphasizing its commitment to high-quality growth, to tackling inequality, to fighting climate change, building common prosperity, and working relentlessly on the global stage to promote peace, cooperation and development,” Martinez said.

Ronnie Lins, director of the China-Brazil Center for Research and Business, said the document is a work of great importance and a must-read for all those who want to understand how the CPC has brought China back to being one of the most important countries in the world.

There are certain striking features of the CPC that have contributed to the success of China’s development, said Lins, adding that the Party always puts the people’s interests first, which has been well manifested in China’s fight against the COVID-19 pandemic.

As indicated in the document, China also took an active role in the global cooperation against the pandemic, said Dennis Munene, executive director of the China-Africa Center at the Kenya-based Africa Policy Institute.

As of June, China had provided $2 billion in aid for the international COVID-19 response, sent medical supplies to more than 150 countries and 13 international organizations.

The CPC is today the most powerful political party remaking the post-COVID-19 world order. As an intellectual-oriented and reformist party, the CPC has contributed immensely to world peace and development, said Munene.

Under the CPC leadership, China has created solidarity bonds across cultures and civilizations becoming a powerful advocate for a new humanism and a leader of globalization, Munene added.

Ryuji Ishida, a researcher at the International Peace Research Institute of Meiji Gakuin University in Tokyo, Japan, called for more profound studies like the document to make foreigners better understand China and the CPC.

“A number of people in Japan do not have a comprehensive understanding of China or the CPC, and I think for foreigners and foreign scholars, the best way to understand the CPC or China is to become deeply involved in Chinese people’s ordinary lives,” said Ishida, adding that some characteristics of the CPC such as “be practical and realistic” deserve more attention.

Mustafa Hyder Sayed, executive director of the Pakistan-China Institute, said the CPC has proved that its people-centered approach, which differs from the models of development in some Western countries, has worked well.

It’s also notable that the CPC has won the battle against poverty. “China has, as of last year, eradicated absolute poverty, which is the first time in human history that a modern state has successfully eliminated poverty,” Sayed said.