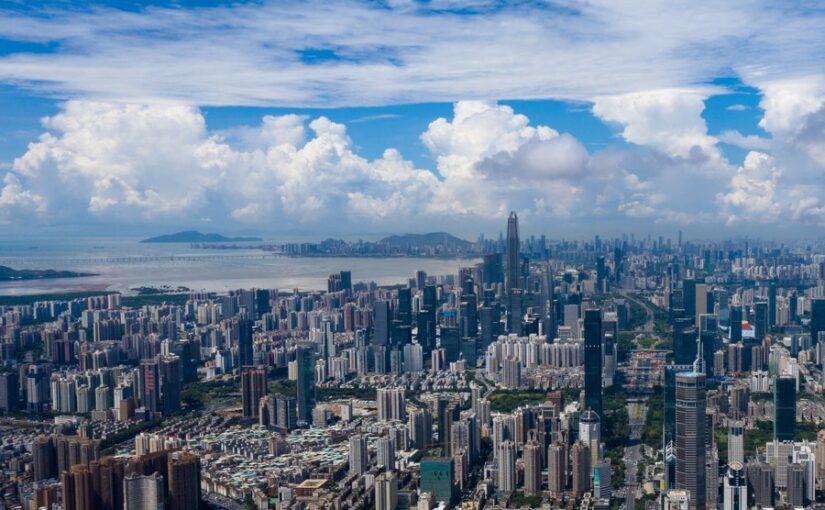 This interesting article by Brazilian economist Elias Jabbour, first published in People’s Daily on 4 November 2021, explores the various predictions by Western economists of China’s “imminent collapse” (repeated ad nauseam for at least 30 years) and seeks to explain the reasons this collapse never arrives. Jabbour details the current challenges facing the Chinese economy and provides some context for the focus on common prosperity and ecological civilisation.

Interesting sign of the times. Anyone who reads the economics section of a Western newspaper for a moment will have the impression that the Chinese economy is on the verge of collapse. This time, the signs are coming from the Chinese GDP growth forecasts for 2021, which according to Goldman Sachs, have dropped from the initial projection of 8.2 percent to 7.8 percent. It is worth mentioning that no capitalist economy in the developed world will grow above 5.7 percent.

Western analysts have not learnt from their own mistakes. For nearly thirty years, they have been repeatedly predicting the “collapse” of the Chinese model in one way or another. As for themselves, liberal democracy and economic development are two sides of the same coin. It’s like a religion, or a worse version of what Karl Marx called “vulgar economics”.

In the Chinese case, the reasons for this new “imminent collapse” are related either to the recent energy problems the country has faced or due to a “lack of confidence” regarding the implementation of the “common prosperity” program advanced by Chinese President Xi Jinping. It is likely that the United States has launched an international campaign for the “right to inequality” in the face of the real threat to capitalism that China poses if the goals around “common prosperity” are achieved.

In the political struggle there are no coincidences. What we are facing is a “semiotic storm” embraced by organic intellectuals of US imperialism spread all around the world. Their aim is not just to defame the Chinese experience, as they did in the past with the Soviet Union, but to criminalize intellectuals who show any sympathy for the recent achievements of the Chinese revolution, by closing spaces for those intellectuals to freely exchange their opinions both within the universities and in the press – including the very individual who is writing this article. How to explain the clear invisibility imposed on the great Chinese achievement of eradicating extreme poverty, which, in my opinion, is one of the greatest achievements in human history?

So, what might be really happening to the Chinese economy? What I’ve been pointing out is that the contradictions that China has faced in its recent development trajectory are related to what I denominate as the “three great transitions” the country is facing at the moment. This notion of “three great transitions” has very clear theoretical and historical assumptions, which are related to the fact that the development process is characterized by leaps from one tipping point to another. Given this intrinsic characteristic, which is natural to any historical process, long-term development processes are marked by cyclical launches of institutional innovations, which by turn are capable of mediating and overcoming the contradictions generated by the development process itself, thus setting in motion a new development cycle.

Furthermore, the development process is also characterized by a sequence of historically conditioned transitions. In the Chinese case, its successful development process since 1978 lies precisely in the State’s capabilities to provide immediate solutions to the contradictions that emerged throughout the process. But what differentiates the current moment from the previous ones is that China is going through a moment when three transitions are taking place in the country simultaneously. This has required the maximum concentration of Chinese governance energies in an external environment of imperialist pressure and large internal issues.

The goal of “common prosperity” is actually the synthesis of the great solutions put forward by the Communist Party of China to stand up to the challenges brought by the “three great transitions”. From a more historical and strategic point of view, we are facing what Friedrich Engels called “the birth pangs of the birth of a new society”. Socialism is an ever-changing qualitative reality in China, and is still in its childhood.

The first transition is related to the challenge of reducing carbon emissions in an economy that is heavily dependent on this form of energy generation, which requires better and necessary coordination between the goals outlined by the Chinese government with the demands of the real economy.

The second transition is also very challenging, as it is related to a cycle of institutional innovations, characterized by profound changes in the country’s ownership schemes. Let me explore this a bit further. In some of my recent articles published in Brazil and abroad, I have stated that the economic reforms started in 1978 made room for the emergence in China of a new class of economic-social formation – namely, the emergence of “market socialism”. One of the fundamental characteristics of this “new economic and social formation” is the coexistence of different forms of property, with public property being the dominant one.

Over the last forty years, the continuity of the Chinese development process was guaranteed by waves of institutional innovations that reorganized successively the role of the State and other forms of property. In my research efforts, I noticed that, on the one hand, the role of the State was amplified from a qualitative point of view, that is, it has increased its capacity to intervene in reality. On the other hand, the private sector has increased its role from a quantitative point of view. In other words, a powerful public sector in the Chinese economy has emerged over the last few decades alongside a gigantic private sector.

In the current stage of development reached by China, those waves of institutional innovations can no longer deliver the same positive effects as they did in previous moments. The Chinese government itself has realized this and has resorted to a cycle of institutional innovations of a new type, aiming for a leap in the quality of the country’s property schemes. And this is not a smooth process.

In other words, the replacement of private property in some sectors (education, health and real estate) by public property and/or regulation is not an easy process given the novelty that this type of transition entails. It is a very different thing to socialize the means of production in an environment of economic ruin (for example, Russia in 1917 and China in 1949) compared to an economy where there are huge private players at the scale of Evergrande, a huge real estate group.

The third great transition is what I have called the “productivity challenge”. The country is in a transition towards new and higher forms of accumulation and economic planning, with the clear objectives of achieving both an increase in labor productivity and technological sovereignty. This challenge has a non-trivial political component: the firm and violent opposition imposed by US imperialism over China and its possibility of having access to technologies around the so-called microchips.

It is from the perspective of these Three Great Transitions that I believe we should interpret the recent behavior of the Chinese economy.