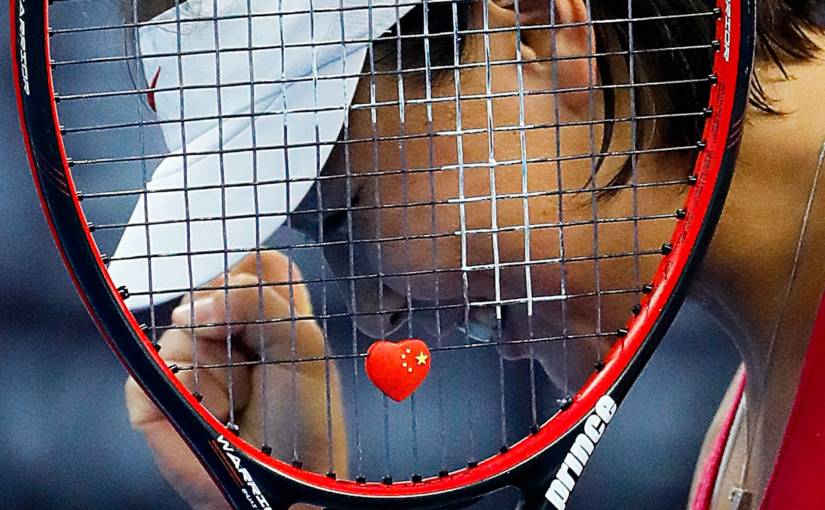 The following article by Danny Haiphong, originally published in MintPress News, takes a detailed look at the recent story of Chinese tennis player Peng Shuai, who was alleged to have ‘disappeared’ in early November after posting allegations of sexual assault against former Vice Premier Zhang Gaoli. Danny exposes the absurdly sensationalized version of the story that appeared in the Western press, and shows how it is feeding into US efforts to demonize China and disrupt the Beijing 2022 Winter Olympics.

The New York Times reported on November 3 that Chinese tennis star Peng Shuai had published allegations of sexual assault against former Vice Premier of the People’s Republic of China Zhang Gaoli on the social media platform Weibo. Peng’s post was deleted within 24 hours. This led to a firestorm of speculation in U.S. corporate media about Shuai’s “safety” and whether the tennis star had gone missing. The hashtag #WhereisPengShuai went viral 10 days later after the CEO of the World Tennis Association (WTA), Steve Simon, called on Chinese authorities to investigate the situation. Prominent celebrities and tennis players such as Serena Williams also went public with their concern for Peng.

However, ample evidence suggests that the scandal surrounding Peng Shuai is nothing more than fake news. First, let’s review the since-deleted Weibo post, which was translated and shared in Moon of Alabama. Nowhere in the post does Peng allege sexual assault. Instead, she recounts her emotional experience of having a consensual affair with Zhang Gaoli that abruptly ended after he was promoted to the Politburo Standing Committee. After Zhang retired, he contacted Peng and the affair resumed. This appears to be the passage that was misinterpreted as “sexual assault:”

After dinner, I was still not willing to have sex. You said you hated me. You said in those seven years, you never forgot about me, and you will treat me well etc…. I was terrified and anxious. Taking into consideration the affection I had for you seven years ago, I agreed… yes, we had sex. Romantic attraction is such a complicated thing [to] explain it clearly. From that day on, I renewed my love for you.”

Again, the translation of the deleted post does not provide any evidence of sexual assault; yet the “woke” liberal class and corporate media ran with the headline that Peng represented China’s “#Metoo” movement.

Even more egregious are the accusations that Peng went missing following the deletion of the post. On November 17, CGTN Europe released the text of an email Peng sent to WTA CEO Simon stating that she was neither unsafe nor missing and that any further news about her should not be published without prior consent. The WTA and U.S. corporate media dismissed the email as fake. Global Times editor Hu Xijin was similarly dismissed when he published a video of Peng attending a teenage tennis match final in Beijing. Photos have since emerged from Peng’s WeChat moments this past weekend (November 21) that further call into question claims that the tennis star had ever gone missing.

The U.S. and its Western allies often refer to a “post-truth” society as being the byproduct of the growth of right-wing politics. Yet the fake Peng Shuai scandal is indicative of how the entirety of the U.S. establishment and its allies have laid the material foundation for a “post-truth” era in the area of journalism. Not a single U.S. or Western-based corporate media source questioned the dubious claims surrounding Peng’s situation. The WTA and the corporate media simply ran with a sensationalist story without any verifiable evidence.

While fearmongering and sensationalism are key elements of the corporate media’s profit-driven news model, it would be a mistake to remove the Peng Shuai scandal from its proper geopolitical context. The United States is seeking to undermine China through an international campaign to boycott the 2022 Winter Olympics in Beijing. U.S. President Joe Biden has stated that he is “considering” a diplomatic boycott of the Winter Olympics. While the form of the boycott has yet to be determined, some have suggested that the U.S. may withhold sending an official delegate to Beijing but still allow its athletes to participate in the games.

The Peng scandal comes amid a flurry of anti-China propaganda that has directly targeted the Winter Olympics. According to journalist Alex Rubenstein, the campaign to boycott the Olympics is led by a consortium of NGOs that have received millions of U.S. tax dollars from the National Endowment Democracy (NED), a regime-change arm of the U.S. government. These organizations include the International Tibet Network, Students for a Free Tibet, and the World Uyghur Congress. The World Uyghur Congress received nearly $1.3 million from the NED between the years of 2016 to 2019 alone. House Speaker Nancy Pelosi (D-CA), along with several Republicans in Congress, endorsed the boycott campaign.

Prior to the Peng scandal, boycott campaign activists with the NED-funded International Tibet Network and Students for a Free Tibet interrupted the traditional flame-lighting ceremony for the Beijing games in Greece. National Basketball Association (NBA) player Enes Kanter followed up this action by pledging support for a boycott of the 2022 Olympics and releasing a set of sneakers that directly target China for allegations of human rights abuses. As Alan MacLeod’s investigation for MintPressNews revealed, Kanter is not only linked to the CIA-backed Gulen movement but also to the Zionist and neoconservative establishment in Washington. Thus, the U.S. establishment’s concern for Peng Shuai has little to do about her and everything to do with the larger campaign to delegitimize Beijing in the lead-up to the Olympics.

The “North Korea-fication” of China

Sensationalist scandals and fake stories justify the U.S.’s aggressive imperialist foreign policy toward China. The United States has shifted more than half of its military assets to the Asia-Pacific in an effort to contain China’s rise. CIA Director William Burns announced in October that the agency would also be shifting focus onto China in order to counter “the most important geopolitical threat we face in the 21st century, an increasingly adversarial Chinese government.” While the U.S. under Joe Biden has held several talks on trade and climate change with Chinese officials, his administration has also escalated tensions over Taiwan and refused to withdraw Trump-era tariffs on the Chinese economy.

The Peng Shuai scandal closely emulates the U.S.’s orientalist coverage of the Democratic People’s Republic of Korea (DPRK), known as North Korea in the West. U.S. corporate media regularly create out of thin air tall tales about the DPRK and its leadership. These stories are furnished to the establishment media by so-called defectors from the DPRK and are completely devoid of truth. The DPRK’s head of state Kim Jong-Un has been pronounced ill or missing on several occasions (see here, here, and here) since his tenure began in 2012. Kim’s aunt, Kim Kyong-Hui, resurfaced in 2020 after being pronounced disappeared by a so-called defector more than six years earlier.

Bizarre lies send a message to the U.S. and Western populace that the DPRK and its people are not worthy of existence. Fertile ground is therefore laid for the United States to continue its economic-sanctions regime against the DPRK and keep more than ten thousand troops stationed next door in South Korea. China has undergone a “North Korea-fication” of sorts over the past three-plus years. As hundreds of U.S. military bases mount on its doorstep, China has become the subject of equally bizarre claims of “genocide” of its Uyghur ethnic group and a host of so-called human-rights violations. The Cold War-like contrast of “authoritarian” China with the so-called “democratic” United States has become all the more important as American living standards decline and crises such as the COVID-19 pandemic expose the inherent defects of the American way of life.

The U.S. is particularly concerned about the 2022 Winter Olympics in Beijing because of what the games signify to the world. China will become the world’s largest economy within a decade. Not only this, but China spent 2020 successfully controlling the COVID-19 pandemic and achieving key societal markers such as the eradication of extreme poverty even while the world was mired in a global public health and economic crisis. China has also been the only major economy to address climate change seriously and the Winter Olympics are set up to demonstrate its leadership in renewable energy. The venues for the winter games will be completely powered by renewable sources, a feat that the U.S. or the West could not possibly emulate amid political conflicts over infrastructure spending.

The Peng Shuai scandal is nothing more than a propaganda false-flag meant to worsen U.S. and Western public opinion toward China. It is part and parcel of an information war that complements a larger geopolitical agenda. As the Winter Olympics approach, U.S. policymakers and propagandists will be itching to further bamboozle the public into supporting their aggressive anti-China posture. A conflict with China is akin to suicide for humanity. The possibility of peace, however, only becomes more remote the longer that warmongering propaganda is allowed to spread unchallenged.

5 thoughts on “Danny Haiphong: The fake Peng Shuai scandal is part of US efforts to disrupt Beijing Winter Olympics”