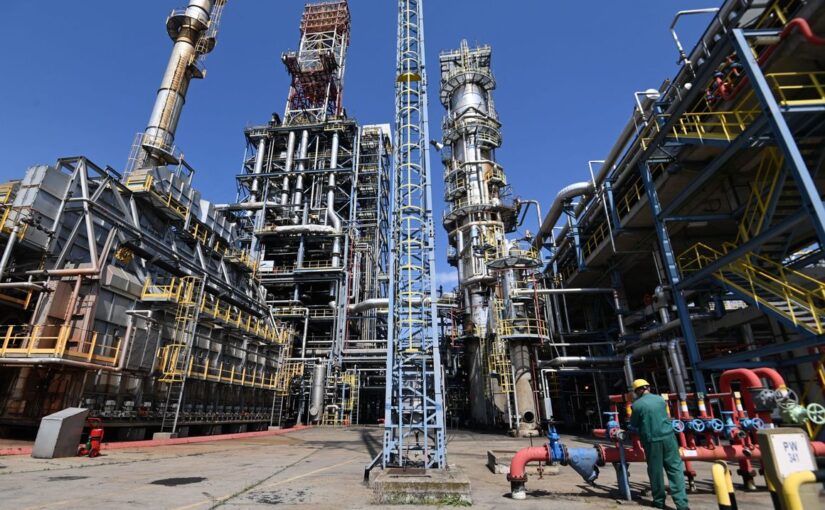 We’re pleased to republish this thought-provoking opinion piece from Wang Jiamei in the Global Times. Wang notes that the unilateral sanctions being imposed by the major Western countries are causing significant economic harm around the world, driving up energy and food prices, along with inflation. Furthermore, the extreme financial sanctions (such as removing Russia from the SWIFT system) may affect the ability of developing countries to trade with Russia, and serve as a reminder that the developing countries need to deepen their coordination in order to insulate themselves from the negative effects of the decisions taken by the imperialist countries.

It seems that a gradual embargo on Russian oil has become the focus of the latest round of US-led economic sanctions against Russia, which may lead to further volatility throughout the world economy.

Leaders of the Group of Seven (G7) nations committed on Sunday to “phasing out or banning the import of the Russian oil” in an aim to remove reliance on Russian energy supplies, according to a joint statement.

The G7 decision came just days after Ursula von der Leyen, president of the European Commission, announced a plan last week to phase out Russian crude oil within six months and refined products by the end of the year.

While the US and its allies appear more determined than ever to inflict economic pain on Russia, such sanctions are a double-edged sword for the West, since Russia is the world’s major energy supplier. Uncertainty over Russian oil supplies is pushing up global oil prices, lifting inflation even higher. And for the US and its allies, high inflationary pressure could be severe challenges facing their economies, which may even brew huge risks to the world economy.

What’s worse, it has become clear that the Western sanctions against Russia will remain a long-standing negative factor for the global economy. And the dire consequences of these sanctions would be the restructuring of global patterns of energy supply and goods trade, further consolidating the Western domination of the global financial, economic and trade systems.

Such an outcome would have serious implications for global economic development, particularly for emerging economies and the developing world. This is because some sanctions, such as removing Russian banks from the SWIFT network, may restrict developing countries’ trade with Russia. Moreover, sanctions have led to a surge in commodity prices, and developing countries may face unnecessary inflation by importing these commodities. All such consequences could hinder or derail their planned economic development.

It is clear that the developing world won’t always passively follow the lead of the developed world. For example, when it comes to Western sanctions against Russia, India rejected to bow to the US and its allies because the Indian economy cannot afford to make such a huge sacrifice. The Indian economy is recovering quickly from the pandemic, and giving up Russian oil as an energy supply would be a huge trouble.

Therefore, developing countries, including China, India, Indonesia, Brazil and others that have refused to take sides over Western sanctions against Russia, need to consider ways to strengthen their economic coordination to weather the consequent shocks brought about by the West. It is important to note that developing countries need to seek the solution through financial and trade cooperation.

If anything, it is time for developing countries, such as the BRIC members, to take the first step by establishing their own financial coordination mechanism.