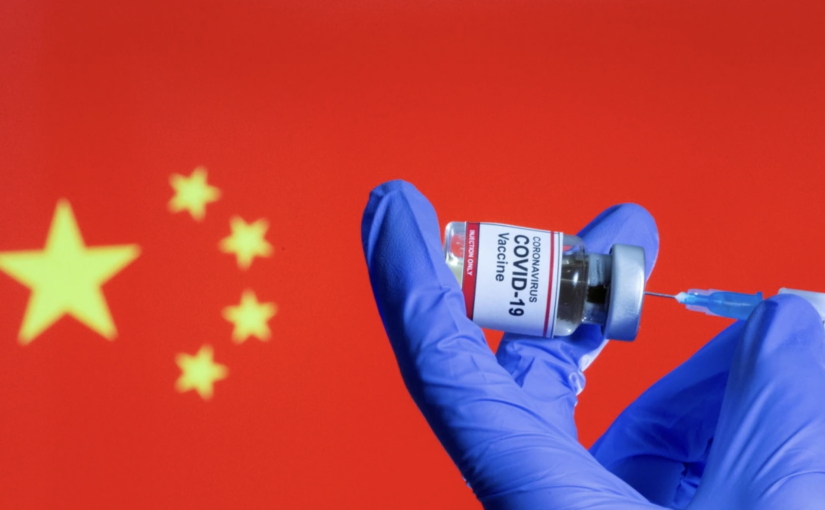 We are pleased to republish this very important article by Sara Flounders which originally appeared in Workers World. Sara contrasts in detail the diametrically opposite approaches to the international distribution of anti-Covid vaccines on the part of the imperialist United States and socialist China. Whilst China is now the world’s largest provider of Covid-19 vaccines, having provided over 2.1 billion doses to more than 120 countries and international organisations, accounting for one third of the vaccines administered outside China, US trade officials have announced that they will veto a global plan that would allow countries on an emergency basis to temporarily ignore patents and produce their own vaccines. This measure was first proposed by India and South Africa in 2020. The US is motivated by a desire to isolate China and to defend the mega profits of big pharma. China, meanwhile, has gone far beyond temporary intellectual property waivers for its vaccines, providing public access to the technology, along with raw materials and manufacturing ability.

Just how far is the U.S. government determined to go in the protection of corporate profits?

For the past two years the Biden administration and earlier the Trump administration have blocked every effort to make medicines for the COVID-19 virus widely available. U.S. control of the patents has been ruthlessly enforced.

U.S. trade officials have now announced that the government will veto a global plan that would allow countries on an emergency basis to temporarily ignore patents and make their own COVID-19 vaccines. The U.S. says it will block this plan unless China is explicitly excluded from the waiver of intellectual property (IP) rights. This ultimatum has created international shock waves.

Health officials globally are concerned because U.S. opposition could kill even a limited international deal. Two years of discussions in Geneva were intensified this month in the hopes of signing a final pact in June.

Control of patents in technology and medicine play a crucial role in U.S. economic domination. Patents on intellectual property are a set of laws that protect legal rights of products to be privately owned. Even if essential products are developed through the common labor of hundreds of thousands of people, were developed with public funds or are based on science and technology developed over many generations, the corporations that file for the patents can claim ownership of the product and of the manufacturing process.

The idea, first presented by South Africa and India in 2020, of patent or IP waivers, was intended to boost the supply of vaccines, diagnostics and therapeutics equipment for the prevention, treatment or containment of COVID-19. This emergency step would help developing nations have faster access to lifesaving products. In April of 2021 the Brazilian Senate voted to suspend patents in a bid to widen access to COVID-19 vaccines. (statnews.com, April 30, 2021)

These desperate pleas for a temporary suspension of vaccine patents have become a political football tossed back and forth by the pharmaceutical industries. Politicians and corporations applauded the idea, while moving to block it from becoming a reality.

The U.S. government now says it will block the international agreement, hammered out slowly over two years of negotiations, if China is not excluded from the pact. In response, China said that it did not wish to be excluded but would voluntarily agree not to take advantage of it.

Deputy U.S. Trade Representative Maria Pagan stated that China’s offer was not good enough. Washington would not accept Beijing’s offer to voluntarily opt out of the agreement. China must be excluded in print. (Bloomberg, May 16)

An agreement planned to fail

World Trade Organization (WTO) deals are structured so that pacts must be unanimous, and any one of the 164 members can block a deal for any reason. The WTO has failed to advance any multilateral agreements for a decade.

China has objected to a key provision of the WTO agreement that will, in reality, discourage shipments of doses to poorer nations. The current proposal contains a footnote that excludes China, because it is the only developing country that has exported more than 10% of global COVID-19 vaccine doses. China was initially even excluded from the talks on vaccine access.

In fact, China has exported far more vaccines than any other country. This global contribution to health throughout the developing world is the reason for China’s exclusion.

Claiming that China would gain an unfair advantage, U.S. policymakers want to prevent China from obtaining access to any technology, including vaccine technology.

In March of 2021 India, which is a major vaccine manufacturing hub in the developing world, imposed an export ban on vaccines they produce due to their own overwhelming outbreak of COVID-19. So, India remains below the 10% eligibility threshold.

China is now the world’s largest provider of COVID-19 vaccines, said Zhang Yesui, spokesperson for the fifth session of the 13th National People’s Congress, at a news briefing on March 4.

In total, China has provided over 2.1 billion doses to more than 120 countries and international organizations, accounting for one-third of the total number of vaccines administered outside China. The majority have been provided to developing countries, Zhang said.

“China’s vaccines have played an important role in helping many developing countries to build immunity barriers, resume normal lives and boost their capacity, confidence and determination to beat the pandemic,” said Zhang. He added that China will continue to prioritize developing countries and make them major partners in vaccine cooperation.

President Xi Jinping announced recently that China will provide a further 1 billion doses to African countries, with 600 million to be given as donations and the other 400 million provided through joint production between Chinese companies and African countries. China will also build 10 health projects in Africa and send 1,500 health experts. (tinyurl.com/2zfntmuu)

This is the real crime that China has committed. It is providing the technology for countries to manufacture their own vaccines. The emphasis is on developing partnerships in sales and manufacturing with low- to medium-income countries. Sharing technology and raw materials while helping to develop manufacturing breaks the monopoly of the U.S. and EU pharmaceutical industries.

The extensive cooperation to scale up the manufacture of Chinese vaccines overseas has resulted in a total of 17 manufacturing agreements with 15 countries — with an anticipated production per year amounting to an additional 2 billion doses.

Politicians in all the imperialist countries have publicly denounced vaccine inequality and pledged billions of dollars in donated vaccines.

With great publicity and as a way to head off the call to give developing countries access to vaccine technology, COVAX, a program administered by the World Health Organization (WHO), announced it would deliver vaccines developed by U.S. and EU corporations. COVAX set an initial goal of equitably distributing 2 billion donated doses of a variety of corporate-owned vaccines. These vaccines were not scheduled to be available until the end of 2021. COVAX cut its forecasts by 25% and then cut the promised delivery by more than 50%. Many vaccines were out of date when delivered, and there had been no planning for distribution networks.

Doctors Without Borders/Medecins Sans Frontieres denounced the COVAX program as “a failure and a broken promise to the world.” Their report explained that the private-sector pharmaceutical industry had the upper hand. Vaccines were hoarded and a source of speculation and profit. The public-sector partners of the West were unwilling to challenge this power and push for conditions that might ensure broader access. The countries in need of vaccines had no say in the distribution of essential supplies. (tinyurl.com/2p95vrap)

Big pharmaceutical companies and countries, including the United Kingdom, Canada and Germany, had originally opposed the waiver on patents or IP protection. Now they claim to be on board with COVAX as the global distribution structure that protects their property rights and with the limited proposal at the WTO to suspend intellectual property protections for pandemic shots. This is because WTO added provisions and clauses that make any kind of agreement an impossibility in fact.

Big pharmaceutical industry lobbyists such as PhRMA oppose, with multimillion-dollar lobbying campaigns, any measures that open patents. The corporate stockholders are more than willing to pay several million dollars to lobbyists in order to protect profits of $20 billion a year.

Moderna’s CEO said that the pharmaceutical industry wasn’t losing sleep over WTO talk of vaccine waivers, because most other countries don’t have the raw materials, the technology, the scientists or the connections to meet the array of clinical trials and authorizations needed. The investment in technology is enormous and the waiver is only temporary. It is this monopoly of power that China is challenging.

While global plans are being sabotaged, there is less and less media coverage of the continuing deadly toll of the COVID-19 virus in the U.S. and throughout Europe.

U.S. and EU corporate protection policy is not in the interests of working people anywhere in the world. With over 1 million COVID-19 deaths, the U.S. leads the world in this grim statistic. The toll here is still more than 2,500 deaths a week, as of May 22, 2022. (tinyurl.com/2p88xjr6)

China is protecting not only its own population; based on socialist planning, China has thrown its full weight behind the developing world. It has provided billions of vaccines. What is an even greater contribution is that it has moved far beyond temporary intellectual property waivers for its vaccines. It has provided public access to the technology, along with raw materials and manufacturing ability.

This is why China is targeted by U.S. imperialism — the world’s main defender of corporate power.