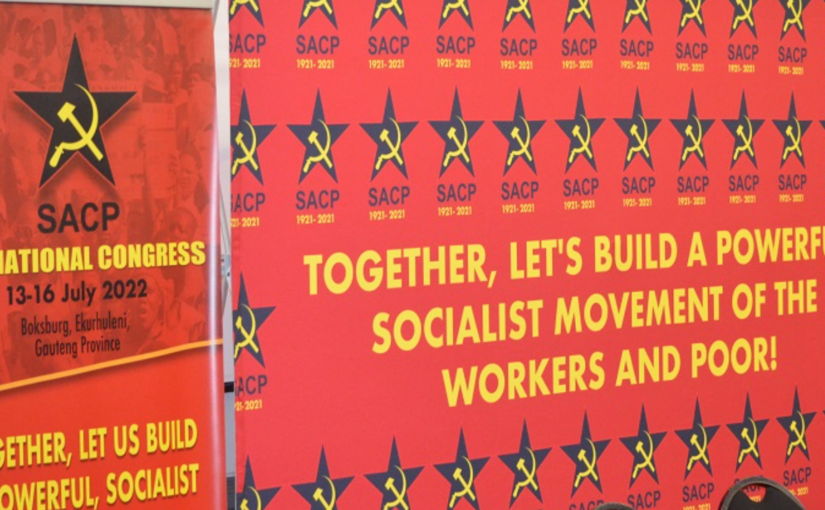 The South African Communist Party (SACP), Africa’s oldest communist party, held its 15th National Congress from July 13-16. Solly Mapaila was elected as the new General Secretary, replacing Blade Nzimande, who had held the post since 1998. Nzimande was elected Party President. Congress heard that the Party now had well over 330,000 members.

Li Mingxiang, Assistant Minister of the Communist Party of China’s International Department, attended and addressed the congress via video link, presenting greetings from the CPC Central Committee. He spoke positively of the SACP’s contributions to ending apartheid, founding and developing a new South Africa, and advancing the exploration of socialism in South Africa over the past century and more. Also addressing the congress were Cyril Ramaphosa, President of the African National Congress (ANC) and of the Republic of South Africa, representatives of the ruling parties of Cuba, Venezuela and Palestine, the Communist Party of the Russian Federation, and others.

The following report was carried on the website of the CPC International Department.

In his speech, Li spoke positively of SACP’s contributions to ending apartheid, founding and developing a new South Africa, and advancing the exploration of socialism in South Africa over the past century and more. Li introduced the historic achievements of the CPC Central Committee, with Comrade Xi Jinping as the core, in pushing socialism with Chinese characteristics in the new era against the backdrop of profound changes unseen in a century, and briefed on the upcoming 20th CPC National Congress and the fourth volume of “Xi Jinping: The Governance of China” which was released recently. Li said, the CPC is willing to work with the SACP to conform to the trend of times, march towards the right direction of building a community with a shared future for mankind, and open up a future together.

Themed on “Together, Let’s Build a Powerful, Socialist Movement of the Workers and Poor”, the 15th National Conference of the SACP was held from July 13th to 16th in Johannesburg, South Africa. Cyril Ramaphosa, President of the African National Congress and the Republic of South Africa, major leaders of the coalition, representatives from international friendly parties such as Communist Party of the Russian Federation and the Communist Party of Cuba, and some diplomatic envoys in South Africa attended the conference upon invitation.