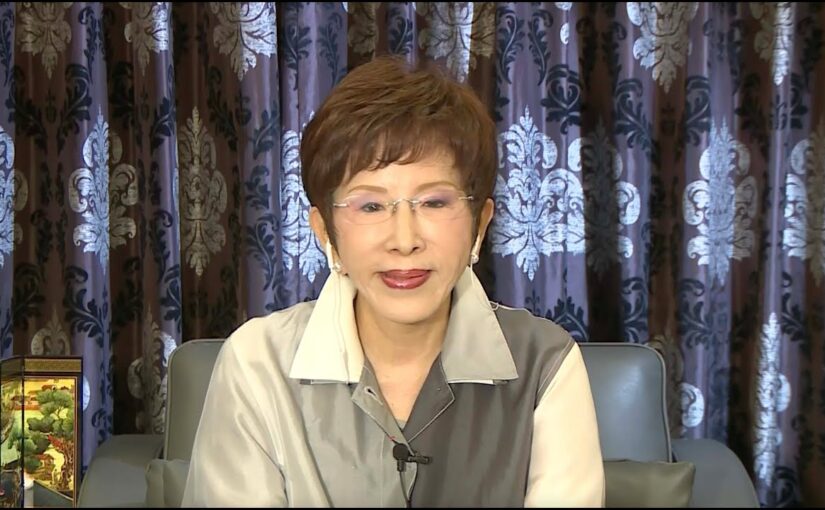 The below video features an extremely interesting and comprehensive interview with Ms. Hung Hsiu-chu, former Chair of the Chinese Kuomintang (KMT) party and current Chair of the Chinese Cyan Geese Peace Education Foundation, conducted by Liu Xin for her popular CGTN programme, The Point.

Speaking from Taipei in the aftermath of the visit by US House Speaker Pelosi, Ms. Hung presents a point of view that is almost never heard in the West – that of a Taiwan-born Chinese patriot. She makes clear that, in the wake of the visit and other western provocations, China will have to move from “fighting independence [of Taiwan] to boosting reunification in an enhanced manner.”

She slams the anti-China statement by the leaders of the G-7 countries and the EU High Representative following China’s response to the Pelosi visit, pointing out that this is simply a US-led bloc, all of whose members, with the exception of Japan, are members of NATO. She further notes that the G-7 did not reflect on the eastward expansion of NATO, which is the root cause of the Ukraine conflict. All Chinese, she explains, must join together to defend national sovereignty when the One China Principle is attacked, and the West should get over its centuries-old sense of superiority and treat others equally.

Ms. Hung speaks frankly about the decline in national sentiment among many young people in Taiwan but reiterates her absolute confidence in China’s eventual reunification.

The interviewer, Liu Xin is among the speakers at our webinar this Saturday, September 24, on China encirclement and the imperialist build-up in the Pacific – for which you can register using Eventbrite.