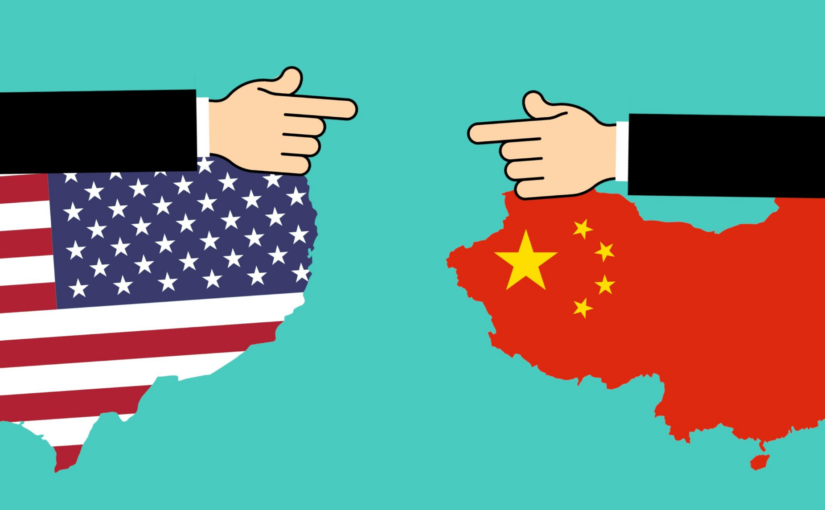 The following article, by Marc Vandepitte and Jan Jonckheere, was originally published in Dutch on De Wereld Morgen. It explains the crucial significance of semiconductor chips to advances in modern technology, and goes on to describe the “chip war” currently being waged by the US government against China. The authors note that this is not the first time the US has attempted to suppress another country’s technological development, but they express significant doubt about the chances of success in this case. “In the past, the US has often succeeded in bringing countries to order and keeping them in line. However, whether it will succeed with China is highly questionable.”

Recently, the US has identified China as its main enemy and is trying to thwart its economic and technological rise. Chips play a key role in this as they are the backbone of economic and military performance in the digital age. Whether the U.S. will succeed in its endeavour is highly questionable.

The key to the future

Technology is the key to the future. It is the basis for military might on the one hand, and economic productivity and a competitive position in the world market on the other.

Until recently, the US had an unassailable, dominant position on both fronts. The White House wants to maintain that hegemony at all costs, but the rise of China threatens to put an end to that.

According to US Presidential Security Adviser Sullivan, “we are facing a competitor that is determined to overtake US technological leadership and willing to devote nearly limitless resources to that goal”.

That is why the US has identified the People’s Republic of China as its main enemy and is trying to thwart the economic and technological ascent of this Asian giant.

Semiconductors and chips[1] are particularly targeted. This makes sense, because in the future geopolitical supremacy may increasingly depend on computer chips. Chips are integrated circuits that are pretty much the nervous system of electronic devices.

Until last century, military strength was based on firearms, warships, fighter jets or (nuclear) missiles. In the digital age, chips are the backbone of economic as well as military performance.

In early October 2022, the White House put its money where its mouth is. The Biden administration introduced sweeping export controls that will severely hamper Chinese companies’ attempts to obtain or manufacture advanced computer chips.

Under Trump, US companies were no longer allowed to sell chips to Huawei. Biden has now extended those trade restrictions to more than 40 Chinese companies, including several chip makers. The new measure effectively prohibits any US or non-US company from supplying those Chinese companies with hardware or software whose supply chain includes US technology.

The export restrictions not only target military applications but seek to block the development of China’s technological power by all means available. The strategy is to cut China off from the rest of the world in chip supply chains in order to deny it the opportunity to indigenise its semiconductor industry.

Paul Triolo, China and technology expert describes the new measure as a “major watershed” in US-China relations. “The US has essentially declared war on China’s ability to advance the country’s use of high-performance computing for economic and security gains.”

Conversely, the US is doing all it can to further increase its technological lead. For example, the White House’s National Science and Technology Council has just published a 47-page ‘National Strategy for Advanced Manufacturing’ that includes 11 strategic goals to increase US competitiveness in chips.

Although Biden claims to be eager to work with allies, this chip war is only initiated by the US. Experts admit that if other countries continue to supply China, the restrictions will have little effect. The only consequence then is that US chip companies will miss out on the large Chinese market.

In the past, the US already pressured other countries and regions to stop supplying high-tech products to China. In the case of chips, this mainly involves South Korea, Japan, the Netherlands and the de facto autonomous Chinese province of Taiwan. With the new measure, foreign companies working with US technology are now supposed to act following US restrictions. They must seek US permission on a case-by-case basis.

Of course, foreign countries are not eager to comply with that, because China is a very important if not the most important customer. Samsung, for example, is the world’s largest builder of memory chips. Partly as a result of the new measure, this South Korean company expects 32 percent less revenue. It remains to be seen whether and to what extent these countries will seek and find possible loopholes.

Washington especially wants to bring Taiwan along in its isolation strategy. Taiwan accounts for 92 percent of the world’s high-value chips. For China, imports from Taiwan are economically and technologically vital.

It is in the context of this chip war that the provocative visit by Pelosi and other US politicians to the separatist leadership of Taiwan must be viewed. Mid-September, the US Senate approved a bill providing $6.5 billion in direct military aid to the island. Washington is putting pressure on China on several fronts.

Chips are the main engine of electronics. China itself manufactures about 12 percent of global production. That is by no means enough for its own use. Only one-sixth of what it needs in chips is produced domestically. Moreover, for the time being, it is still unable to produce the most advanced chips.

In other words, in terms of chips, the country is highly dependent on imports. Annually they account for about $400 billion. If that supply were compromised, it would not only mean a very large economic loss, but it would also seriously undermine technological progress. In this sense, chips are considered the Achilles heel of Chinese industry.

To overcome that dependency and catch up with the technological backlog, China is investing more than any other country in this strategic industry. The country has already made serious progress in a number of areas. For example, it has successfully produced a 7 nanometre chip.[2] This puts it only one or two ‘generations’ behind industry leaders in Taiwan and South Korea.

But with these breakthroughs, it will remain dependent on imports of parts from other countries for the time being.[3] It doesn’t have to stay that way. Analysys Mason, a leading consulting firm, says in a recent report that China could be self-sufficient in chips within three to four years.

In any case, the US restrictive strategy will motivate the Chinese government to allocate even more resources and make breakthroughs. Asia Times gives the example of the 2015 blocking of the supply of Intel’s high-end Xeon Phi processors to Chinese supercomputer makers. A year later, Chinese researchers developed those processors themselves.

In the past, the US has often succeeded in bringing countries to order and keeping them in line. However, whether it will succeed with China is highly questionable. By the end of this decade, we will know whether the US attempt to wreck China’s chip industry has succeeded or failed.

[2] The company in question, SMCI, is reportedly now working on even more advanced 5 nanometer chips.