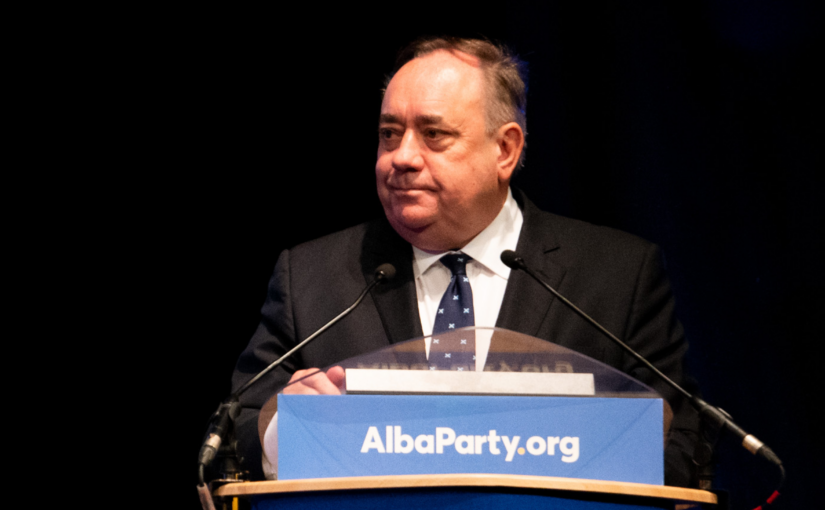 Alex Salmond, former First Minister of Scotland and currently the Leader of the Alba Party, has condemned the British government’s announced intention to close Confucius Institutes, describing it as, “the sort of Cold War mentality on display in Westminster which ends in hot wars.”

Salmond added his condemnation to that expressed by his party’s Westminster Leader Neale Hanvey MP. Hanvey noted that: “Westminster’s feud with China undermines and will deeply damage over a century of Sino-Scottish educational relations.”

The first known student from China to study in the UK enrolled to study medicine at Edinburgh University in the 1860s.

Alex Salmond strongly supported friendship and cooperation with China throughout his time as Scotland’s First Minister, 2007-2014. The March 2014 edition of Voice of Friendship, the magazine of the Chinese People’s Association for Friendship with Foreign Countries, reported on his November 2013 visit to Beijing, describing him as, “an old friend who visited China successively in the years from 2009-2011.”

On that occasion, Salmond presented State Councillor Yang Jiechi with his government’s document, ‘Scotland’s Strategy for Stronger Engagement with China’.

Reporting his visit to the Confucius Institute Headquarters, Voice of Friendship noted: “Since he took office, Mr. Salmond has attached great importance to carrying out cultural exchanges with China. Right now, Confucius Institutes have been set up in four universities and Confucius Classrooms in 13 primary and secondary schools in Scotland, with a total of 150 schools and institutions teaching Mandarin.”

Mr. Salmond and the Alba party are to be congratulated for sticking to their principled stand in favour of positive and constructive relations with China. We reprint their statement below.

ALBA Party Leader and Former First Minister Alex Salmond has added his condemnation to the UK Government’s attack on Confucius Institutes in Scotland.

“This is the sort of Cold War mentality on display by Westminster which ends in hot wars. The Scottish Government should defend these valuable cultural exchanges and oppose any attempts by the UK Government to close them down. We have nothing to fear from talking and exchanging culture. The real danger is from those who wish to divide the world into armed camps and who wish to shut Scotland out from the international community.”

Earlier ALBA Westminster Leader Neale Hanvey MP also reacted to Minister of State for Security Tom Tugendhat MPs announcement that Confucius Institutes in the UK are to close. He said:

“Scotland’s educational links with China have long presented opportunities to increase trade and secure Chinese investment in industry and infrastructure.

“The Confucius programme helps promote Scotland’s innovative and creative sector through cultural exchanges and sporting links with China and the Hong Kong Special Administrative Region. These links also promote Scotland as a destination of choice for Chinese tourists – something which pre pandemic delivered 172,000 visits to Scotland from China bringing £142M into the Scottish economy.

“While the Confucius scheme invests £3M in Scotland to foster these bonds between our two countries, this modest investment has generated a fee income of £790 million for our world class Scottish Universities.

“Westminster’s unilateral decision to block this programme takes no account of Scotland and China’s cultural links and will have a devastating impact on the entire Scottish Higher Education system.