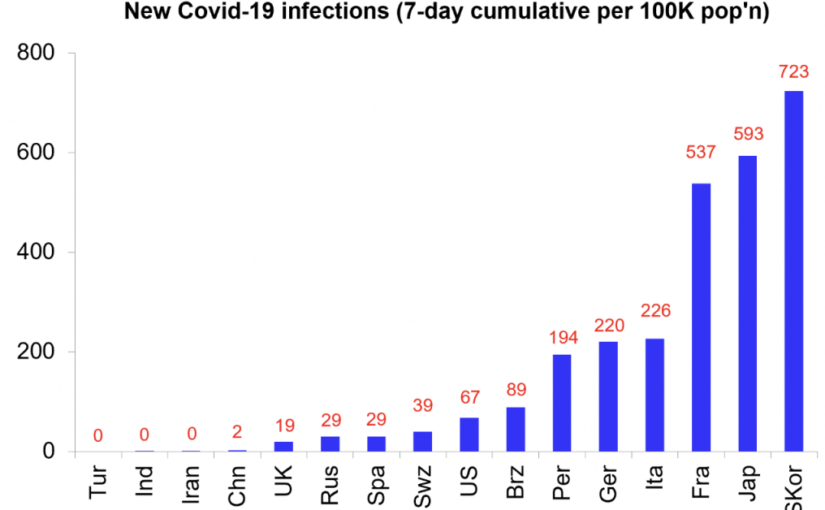 This short but informative article by British economist Michael Roberts addresses the current wave of media claims that China is heading into a major Covid-19 surge as a result of the recent slight relaxation of its dynamic Zero Covid policy (ironically, the same media outlets have been demanding China drop this “authoritarian” policy for the last three years).

Michael observes that case numbers, while high relative to a few weeks ago, are still very low compared to other countries in the region; “the current number of serious cases (requiring ICU intervention) – 108 in total – is tiny”; and there have only been seven Covid deaths in China in the last six months.

China is evolving its strategy in line with its hard-won experience tackling the virus over the last three years, as well as the relatively lower severity of the Omicron variant and China’s vaccination rate (around 90 percent).

Foreign Ministry spokesperson Mao Ning summed it up well recently: “What has happened in the past few years shows that China’s COVID policy has provided maximum protection to people’s lives and health, minimized COVID’s impact on socioeconomic development, and bought precious time for understanding the virus on the basis of science, for research and development of vaccines and therapeutics, and for vaccinating more people across the country. China has the lowest COVID infection rate and death toll among all major countries. We have achieved the most effective results at minimum cost. As has been proven by facts, China’s approach to COVID response over the past few years has been right, science-based and effective.”

Is China heading for an uncontrolled COVID infection surge as it relaxes its strict lockdown policy, as is claimed by the Western media here?

SOME FACTS: China is going through its third major wave of infections, with around 4,000 new (symptomatic) cases a day of late.

But relative to its huge population this is nothing like what’s being experienced elsewhere in north Asia.

Crucially, the current number of serious cases (requiring ICU intervention) in China — 108 in total — is tiny; as elsewhere, that’s around 90% below the peak of previous waves. And only 7 people have died from (with?) the disease in China in the last 6 months.

While global fatalities have dropped to around 1,500 a day (again, 90% below the peak), it’s ironic that those countries with the highest vaccination rates are currently reporting the highest fatality levels. China’s vaccination rates, for what it’s worth, are in the middle of the pack.

Since the start of the pandemic overall Covid-19 fatalities relative to population barely register for China — the US has had almost a thousand times more.

And China’s Covid-19 fatality rate, now falling fast, is in line with other large EMs:

So while there are the usual caveats about the quality/reliability of the data, at the moment there’s no indication that, epidemiologically at least, things are out of control. If we start to see infection rates accelerate exponentially (Chinese New Year seems to be an obvious risk) the story might change. But at the moment rates are fairly steady.