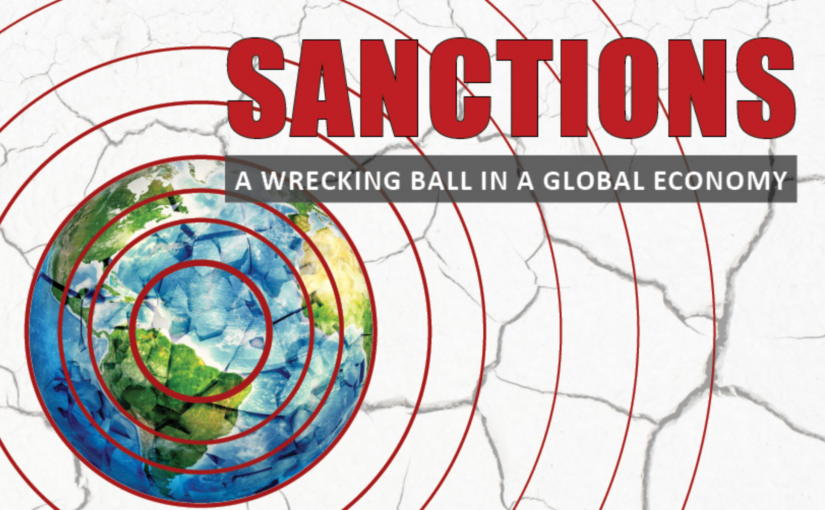 Sanctions, the illegal unilateral coercive measures imposed on a third of humanity by the US and its allies, are a form of warfare and an ever more contested means of enforcing the dominance of the west on the majority of the world’s peoples. In fact, sanctions are boomeranging on the US bloc with inflation causing hardship at home and US dollar dominance being challenged. However, by far the greatest burden so is borne by some 40 countries targeted by the lethal sanctions, with the impacts ever more punishing.

We are proud to co-sponsor this webinar launching the new SanctionsKill book Sanctions: A Wrecking Ball in a Global Economy (to which we have contributed a chapter: Sanctions in the New Cold War on China).