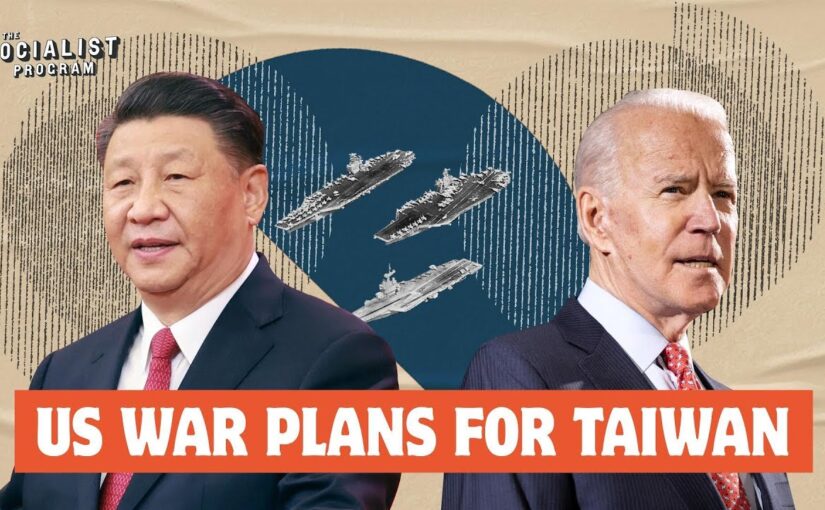 In this important episode of The Socialist Program on BreakThrough News, Brian Becker and Ken Hammond conduct a detailed discussion about the US strategy of fomenting tensions across the Taiwan Strait. Taking as their starting point a recent article in the Wall Street Journal entitled ‘To Deter China, Taiwan Must Prepare for War’, Brian and Ken describe how the US is deliberately and determinedly creating instability in the region, encouraging Taiwanese separatism and undermining the One China Principle in order to create a potential war scenario that will slow down China’s rise and undermine popular support for the CPC-led government. The geopolitical context, of course, is that of a global New Cold War in which US imperialism is hitting out in all directions in order to perpetuate American global dominance and reverse its process of decline.

Brian and Ken note that China’s position in relation to Taiwan has not changed in the course of many decades: China is very clear that the Taiwan question is an internal affair and will be resolved by Chinese people on both sides of the Straits. The CPC has consistently stated – including most recently at its 20th National Congress in October 2022 – that it aims to achieve reunification by peaceful means. While the Western media narrative is that recent escalated tensions are due to Chinese truculence, what has changed isn’t the Chinese position but the US’s steady erosion of the One China Principle and its flouting of international law – including its recent commitment to provide direct military aid to Taiwan.

Brian and Ken also observe that, sadly, this strategy has bipartisan support within US ruling circles and that meaningful opposition to imperialist aggression will have to be based on the action of the masses of the people fighting for peace.

2 thoughts on “Video: How the US’s Taiwan policy makes war with China a self-fulfilling prophecy”