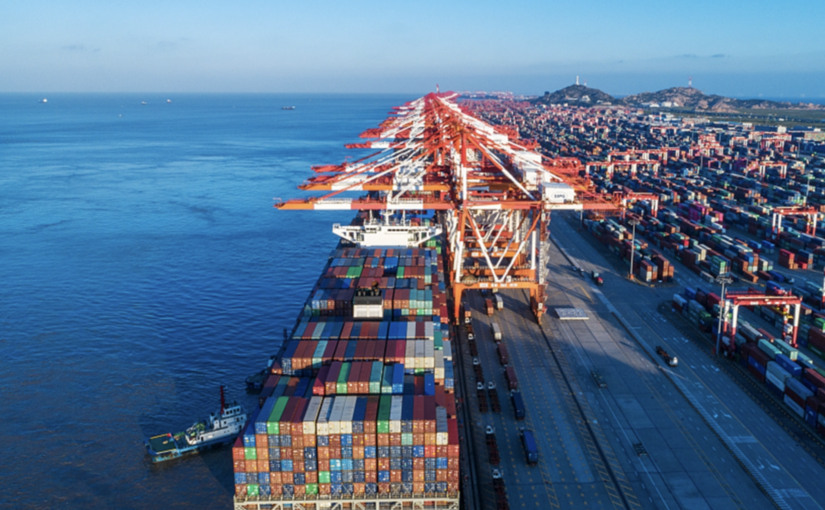 The following analysis from Indian researcher and former diplomat MK Bhadrakumar reviews China’s economic data from 2022 and assesses its prospects for the coming year. GDP growth for 2022 was down to 3 percent – its lowest since the late 1970s. Does this mean, as some Western politicians are (gleefully) predicting, that China’s dramatic rise is coming to an end? And is India, which recorded 7 percent growth last year, poised to catch up?

Bhadrakumar adds some much-needed context to these data points. First, China’s economy is over five times the size of India’s, and therefore its relatively slower growth in 2022 makes very little difference to the overall comparison between the two countries. Second, China’s pursuit of Dynamic Zero Covid, as well as the impact of fluctuations in the US market, had a significant impact on China’s economic performance over the last year, yet China’s 3 percent growth compares favourably with the less than 2 percent recorded by the US and Japan. The author writes that China is expected to record over 5 percent GDP growth in 2023, while US GDP is expected to increase by just 0.5 percent.

In summary, China’s economy is likely to perform far better in 2023 than the other major economies. One geopolitical implication is that European countries would be well advised to keep their distance from US-led efforts at decoupling: “Suffice it to say that the European countries will be inclined to view the Chinese market as holding the key to an early economic recovery. Recasting the global supply chains by decoupling from China is going to be easier said than done.”

This article was first published on Indian Punchline.

China’s economic data for the year 2022 has been released in Beijing on Tuesday. The striking part is that China’s GDP growth slowed down to 3 percent.

From an Indian perspective, it may seem momentarily that China’s economy is slowing while India’s expanded by nearly 7 percent (per World Bank predictions.) Can India catch up with China in a medium term scenario?

This is where the devil lies in the fine print. The heart of the matter is that China’s GDP growth of 3 percent translates as a year-on-year expansion of its economy touching a whopping $18 trillion.

To put matters in perspective, China has an economy that is five and a half times the size of India’s economy (GDP: $3.5 trillion). (Emphasis added.)

Yet, this is being regarded as a lacklustre economic performance, attributed to headwinds stemming from a combination of adverse circumstances characteristic of 2022 — ranging from the coronavirus and geopolitical tensions to repeated US interest rate hikes and the waning overseas demand due to the world economy tiptoeing toward recession.

The sporadic outbreaks of Covid in manufacturing bases including Shanghai and South China’s Guangdong Province disrupted production in local factories and logistics, which combined with a property market slump.

To be sure, “Zero-covid” has been a well-documented drag on the Chinese economy over the past year; factories suffered when workers were locked down, and consumers reined in their spending as they lost pay checks and jobs.

Externally, the escalating geopolitical tensions due to the western sanctions against Russia drove up bulk commodity prices, subjecting China to imported inflation pressure. Second, the historical reality is that as the Chinese economy and the US economy grew closer and closer during the decades since 1980, the extent and depth of the Chinese economy affected by the US monetary policy also grew stronger and stronger.

That is to say, the US interest rates and the Chinese economy are inversely related, especially in import, export, and China-US exchange rate. 2022 witnessed extraordinary fluctuations in the US financial market, which was bad news for China.

Nonetheless, China’s 3% GDP growth compares by far favourably with those of the US and Japan — “the peer competitors” — whose GDP grew by less than 2% (per IMF projections.) Analysts expect a much better performance in the year 2023, exceeding 5% in GDP growth. (In comparison, the World Bank estimates that global growth will slow from 2.9 percent in 2022 to 1.7 percent in 2023, and the US’ GDP is expected to increase by just about 0.5 percent in 2023, the weakest forecast in three decades.)

This has geopolitical ramifications, as China is well-placed to make a far more significant contribution to global growth than any other major economic power, which would inevitably translate as increased prestige in the world community and create greater opportunity to leverage foreign policy objectives.

China’s consumer-led rebound to buttress global growth implies that its vast market potential will be seen as a locomotive of growth by other economies, especially in the ASEAN region, Africa and Latin America.

Contrary to doomsday predictions, China’s transition away from the “zero-Covid” policy has been relatively smooth. The new regime aims to cope with the Covid mutants that are highly contagious, but less potent and dangerous. In retrospect, hundreds of thousands of human lives were saved in China, unlike in India or America.

Interestingly, the latest economic data from China also showed that notwithstanding the 3% growth rate last year, the country’s GDP per capita has stayed above the $12,000-mark, which is close to the high-income countries defined by the World Bank.

Equally, the Chinese stock markets remain bullish indicative of the optimism. In political terms, this sets the stage for China’s most important annual political gatherings ahead in March, which are expected to unleash the economy once more.

What Indian analysts in their schadenfreude tend to overlook is that an attitude toward China predicated on that country’s misfortunes and setbacks is a road to nowhere. There are some profound conclusions to be drawn from the data on the Chinese economy.

Clearly, with global economic growth likely to decline sharply and global inflation still hovering at high levels in 2023, the economies of major developed economies are likely to show stagflation. Suffice it to say that the European countries will be inclined to view the Chinese market as holding the key to an early economic recovery. Recasting the global supply chains by decoupling from China is going to be easier said than done.

Second, the US simply cannot compete with China anymore as a manufacturing country. In infrastructure, the gap is so patently wide. Ukraine has shown that the US lacks the capability to fight Russia and  needs a coalition. It is no different when it comes to China.

Surely, the economic data on the Chinese economy will be taken very seriously in Washington. The US Treasury Secretary Janet Yellen was due to meet with Chinese Vice Premier (“economic czar”) Liu He in Zurich on Wednesday on the sidelines of the World Economic Forum in Davos with view to “expand communication” between the two largest economies in the world.

According to Politico, Secretary of State Antony Blinken will visit Beijing on Feb. 5-6. Blinken’s talks will show whether the dialogue between President Biden and President Xi Jinping at Bali has led to more productive bilateral relations. A serious rapprochement seems  difficult to achieve after the US House of Representatives created a committee on strategic competition with China recently.

Addressing the CSIS in Washington last week, Biden’s advisor on China, Kurt Campbell described the Bali summit meeting as “an effort to build a foundation for a new relationship with China.” He said 2023 will be the year “to build some guardrails,” although the dominant feature of US-China relationship will continue to be competitive.

Campbell messaged that the US wants it to be “a productive, peaceful competition” that can be channelled for the betterment of life of the two peoples.

One thought on “China’s economy is on a rebound”