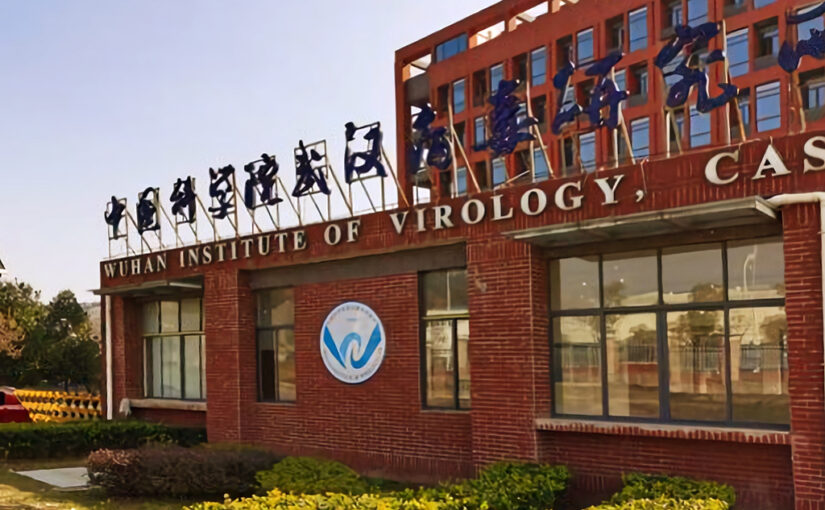 We are republishing this article by Friends of Socialist China co-editor Danny Haiphong, which originally appeared on Black Agenda Report on 2 June 2021.

Joe Biden has been praised by liberals and even much of the Left as a marked shift from Donald Trump’s erratic and embarrassing presidency. This position takes on a decidedly class dimension whereby elites and their hangers on walk in lockstep with the Biden administration’s political trajectory. Those heaping praise onto Biden ignore his neoliberal approach to domestic economic woes and express complete alignment with his foreign policy priorities.

Nowhere is this clearer than in Biden’s approach to China. National Security Council Coordinator for the Indo-Pacific Kurt Campbell declared in late May that the “era of engagement”  with China has come to an end. Before entering the Biden administration, Campbell was co-founder of the Center for a New American Security (CNAS). CNAS is a D.C.-based think-tank which is primarily funded  by the State Department and major military contractors such as Raytheon, Lockheed Martin, and BAE systems. In other words, Biden’s “Asia Czar” is the perfect man for the job of escalating the U.S.’s New Cold War against China.

Biden’s approach to China has built upon Trump’s hostile posture in every respect. Biden has increased sanctions on China’s tech sector and his representatives at the State Department have shown an outright disrespect for Chinese diplomats. Biden has further committed to maintaining the U.S military’s presence in the Asia-Pacific  while declaring that the 21st century will be a U.S. battle for “democracy” against China’s “autocracy.”

The current administration has been most Trump-like in relation to the propaganda campaign of the U.S.’s New Cold War. Biden has doubled down on unproven claims of “genocide” in Xinjiang. During the eleven-day Israeli assault on Gaza, the U.S. State Department declared without any evidence that Xinjiang was an “open-air prison.”  On May 26th, Biden demanded that U.S. intelligence services review  a more than year-old claim that COVID-19 was either produced or released from the Wuhan Institute of Virology.

The lab leak conspiracy has resurfaced in recent months after Trump’s former CDC Director Robert Redfield stated that he believed COVID-19 emerged from a lab. Redfield is a renowned Evangelical whose credentials have been subject to scrutiny due to his former relationship with the Americans for a Sound HIV/AIDS Policy (ASAP), a rightwing NGO  which led the charge in promoting abstinence-only and other hard-right Christian values as a response to HIV/AIDS.

The lab leak hypothesis has long been debunked as an evidence-free conspiracy with links to the far right. An analysis by FAIR found that corporate media reports utilized quotes from National Endowment for Democracy-funded far right activist Xiao Qiang and a 2018 State Department Cable which mentioned zero concerns of safety hazards as the principal sources to back up the lab leak claim. Tucker Carlson joined in on the fray later in 2020 to platform Yan Li-Meng’s assertion that the virus was created at the Wuhan Institute of Virology. Li-Meng possesses connections to Steve Bannon and Guo Wengui’s Rule of Law Foundation  and her research has been discredited  by the Hong Kong university from which she defected.

Now Biden and his top allies such as Dr. Anthony Fauci have given credence to the lab leak conspiracy. Biden’s call for an intelligence investigation comes amid unsourced intelligence reports  that claim doctors in Wuhan became ill just prior to the spread of the virus. Similar to Russiagate, U.S. intelligence has run with an entirely unsourced narrative that conveniently pins blame on another country for domestic ills and labels that country a “national security” threat.

Genuine leftists are often called conspiracy theorists for questioning power, making the term itself toxic in political discourse. It is important to remember, however, that conspiracies do exist and that those in power are the ones with the means and the ends to carry them out. The lab leak conspiracy, like Russiagate, has been a key cog in the U.S. propaganda war against China. For more than a year, U.S. officials and media outlets have casted blame and skepticism onto China for the spread of COVID-19.  The propaganda has worked. More than half of the U.S. population believes China should pay reparations  to the world for the spread of COVID-19 and public opinion of China has reached a new low.

The lab leak conspiracy is an effective psychological operation because it is difficult to imagine evidence that could disprove or prove the claim. When Russia was accused of “hacking” or “influencing” the 2016 election, even the most astute observers of geopolitics tended to fall for the Cold War bait that it was plausible Russia possessed both the desire and capacity to prevent a Hillary Clinton presidency. China’s image in the U.S. psyche as an even more formidable “Yellow Peril” archetype of a communist “dictatorship” to Russia has ensured that majorities of U.S. and Western minds were already primed to believe that the People’s Republic of China was capable of releasing a bioweapon upon the world. Racist characterizations of China in the U.S. corporate media have revived the “Sick Man of Asia” stereotype and given U.S. intelligence all the ammo it needs to lend credence to the lab leak conspiracy.

It is therefore important to remember the two biggest accomplishments of Russiagate, an intelligence conspiracy Biden supported:

The lab leak conspiracy is serving similar ends in a moment of intense crisis for the United States. A Zero COVID-19  strategy was never implemented in the United States. The U.S.’s failure to contain the pandemic is clearly demonstrated in the more than 500,000 pandemic-related deaths suffered from the virus on U.S. shores. Enthusiasm for an economic “recovery” masks the fact that the U.S.-led capitalist economy continues to shrink  amid massive bailouts for speculators and the ever-increasing destitution of the working masses. The lab leak conspiracy deflects blame for these and all other problems onto China.

Yet China is clearly not the problem. China has contained the pandemic and is set to grow more than six percent in the next year.  China defeated extreme poverty  during a global depression. Its model for state-driven economic development and multipolar international relations has become increasingly attractive to many around the world who find themselves crushed under the weight of the U.S.’s regime of endless war and austerity, especially in the Global South.

That Biden and his administration see China as a threat should come as no surprise. Biden and the Democrats are committed to only one constituency: finance capital. All promises to cancel student loan debt, implement a public option, or reel back Trump’s immigration policies have been broken in service of Biden’s corporate donors. Biden has bombed Syria, fully supported Israel’s genocide of the Palestinians, and given a blank check to the Pentagon. Finance capital no longer sees the possibility of a compliant China in the world economy and therefore wants to arrest its development via the military industrial complex.

Biden is thus doing his best Trump impression by urging a U.S. intelligence review into whether the COVID-19 virus has origins in a singular research institute in Wuhan. His deep dive into the lab leak conspiracy validates Mike Pompeo and Donald Trump’s racist epithet that COVID-19 was the “China virus.” The World Health Organization (WHO) has already begun investigating the origins of COVID-19 . Interference from nefarious spooks in U.S. intelligence threatens to undermine future research into the origins of COVID-19.

It shouldn’t have to be said that pandemics fall well outside of the scope of U.S. intelligence. U.S. intelligences have played a key role in deploying chemical and biological weapons in numerous wars on Global South countries such as Korea, Vietnam, and Iraq. One of the authors of the Wall Street Journal report that revived the lab leak conspiracy, Michael R. Gordon, was also spreading rumors of Weapons of Mass Destruction (WMDs)  in Iraq nearly two decades ago.

Biden is nothing more than a corporate Democrat with Trumpian characteristics. He wasn’t lying when he said that nothing would fundamentally change under his watch. Now that is a conspiracy truly worth our attention.