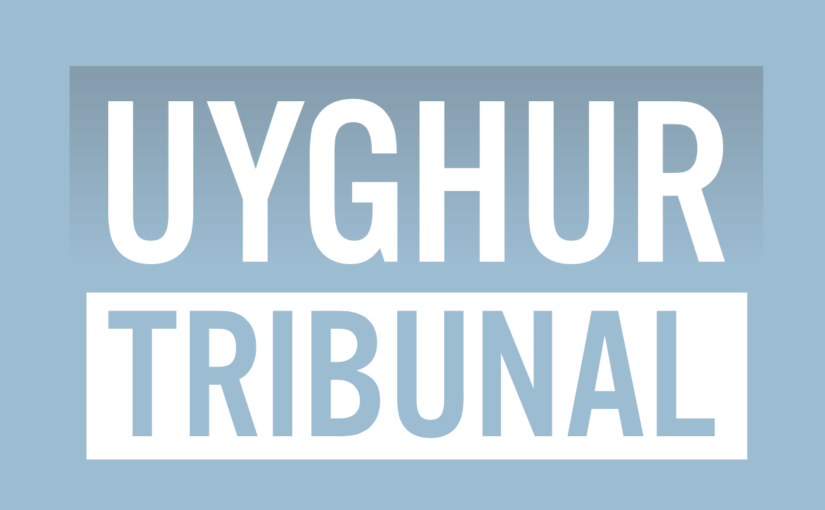 Friends of Socialist China co-editor Carlos Martinez was interviewed on the World Today podcast by Anna Ge, on the subject of the ‘Uyghur Tribunal’ and the latest round of accusations regarding China’s treatment of Uyghurs in Xinjiang.

The segment is embedded below, along with a transcript.

You’re listening to World Today. Some Western media outlets have started hyping another report wrote by the infamous anti China activist Adrian Zenz. The report claimed there will be millions fewer Uyghurs and other ethnic minority newborns in China’s Xinjiang Uyghur Autonomous Region in the next 20 years. But how did he come to this sensational conclusion, how reliable is his study? To delve into these questions and more, we’re joined by Carlos Martinez from London. He’s an author and activist. Thanks for joining us, Carlos. So first of all, how much faith can we put into this report based on the data samples and methodology Zenz used?

So there are two things that we need to look at here. One is the data samples and methodology, the actual scientific validity of the study. And the other is the way that it’s reported. Because for the vast majority of people that see this study, they’re going to see the headlines, they’re going to see maybe a few sentences from an article, they’re not going to take a close look at the data.

Now, in terms of the methodology, Adrian Zenz has really honed this method over the course of several years. He gets lots of data from lots of places, he throws it all together. And then he tries to find the subset, the small piece of that data, that seems to prove what he wants it to prove, his hypothesis. And that’s a classic technique that people use to lie with statistics, to make statistics work for them. The correct scientific approach is to analyze all the data you have, and see if it confirms your hypothesis or not, not to narrow the sample down in a very specific way, until the data tells the story you want it to.

An equivalent example might be, maybe I’ve got a hypothesis that people read more books than they used to 10 years ago. So I start by asking a random sample of 100 people: how many books did you read 10 years ago? And then I go and stand outside a bookshop or a library and ask another 100 people, how many books did you read this year? Obviously, the average is going to be higher now, but not because 10 years have passed, but because I’ve selected the sample that’s going to give me the answer that I want. And this is what Zenz has done, essentially, he has narrowed in on a very small subset of data for one year, in a section of Xinjiang, in southern Xinjiang. And on the basis of that data, he projects that the population growth rate will reduce by 1/3.

But then, his study gets blanket coverage in the Western media. And the headlines also, that the Uyghur population number is going to reduce by 1/3. Now to cut actual population numbers by a third in 20 years, not only do you have to stop anybody from having children, but you also actively have to kill a few million people on top of that. So the whole thing is just ludicrous and unbelievable.

The population growth rate might be declining somewhat. But that’s actually the case throughout China for a number of reasons including urbanization, people joining the workforce, people going into higher education and so on. But actually we’ve seen that over the last decade, the Uyghur population in Xinjiang increased by 25% compared to the Han population, which increased by just 2%. So this latest study from Zenz is really just something that really be ignored but in fact is being given blanket media coverage in the West and is feeding into this overall story that we have of China committing a genocide or a cultural genocide in Xinjiang.

You have visited China before. What is your impression about China and Xinjiang? Is there a gap between Xinjiang in western media and in your personal experience?

Yes, I would say there’s a big gap. I went to Xinjiang, specifically to Urumqi, in January last year. In terms of my expectation, going on the basis of what I had seen in the Western media before I went, I thought I would witness the intense repression of Uyghur Muslims. I didn’t think that I would see Uyghur people and other ethnicities living ordinary lives, engaging in their customs, engaging in their traditions. But actually, that’s exactly what you do see in Xinjiang. I mean, the group I was in, we didn’t have an official guide. We weren’t being told where to go by a CPC or government official. We walked around freely. We saw mosques everywhere. We saw many hundreds of Uyghur Muslims wearing distinctive clothing, walking, working, and definitely not seeming like they were in fear of being persecuted. In fact, you go to the central area and you see many people, especially older people dancing outside to traditional Uyghur music. We ate in Uyghur restaurants, the food was halal, there was no alcohol available.

All the street signs have both Chinese and Uyghur writing, one sees newspapers, one sees magazines in Uyghur script, so the feeling I got was one of not just ethnic diversity, but also of harmonious relations. If I compare it with Australia, which is a country that I’ve visited several times, the indigenous population in Australia is an oppressed minority who are prevented from living their traditional ways of life, who suffer from a much lower life expectancy than the rest of the population, from much lower educational attainment and outcomes, much higher prison rate and so on. If you go to an Australian town, any Australian town really, you can see that the situation for indigenous people there is disastrous. And the state, the government does very little to help those people. And there is ethnic conflict rather than ethnic harmony. It would be unusual for example, if I went into a cafe in Brisbane, to see a European-Australian and an Indigenous Australian, working together or having, you know, a normal friendly relationship. But it wouldn’t be at all unusual in Urumqi or Kashgar to see a Uyghur person and a Han person working together and being friends.

So yes, I would say in terms of the what I see about Xinjiang in Western media and my personal experience, there’s an enormous gap.

It seems that China’s Xinjiang has increasingly become a card played by the West. Recently, China has dismissed a so called Uyghur tribunal set up in the United Kingdom, to hear allegations of human rights abuses in Xinjiang. What do you make of the legitimacy of the tribunal and the motivation behind it?

Well, I think it’s fairly clear that the so called tribunal has got no basis in international law. It’s part of an ongoing and quite wide ranging and long term propaganda campaign. And in turn, it’s clear that propaganda campaign is part of a US led New Cold War project, which is, is pretty well known that it’s designed to slow down China’s rise, and to try and maintain a unipolar world in which the US leads, in which the US enjoys hegemony, in which the US can structure international relations in order to serve the interests not of humanity but its own interests. If China keeps growing, and it keeps promoting and pushing a system of multipolarity, which is a more democratic framework of international relations, then the US doesn’t get to impose its will on the world any more.

China’s economy is growing, right? China has wiped out extreme poverty, China has shown that it can deal with a huge threat like the pandemic, China is taking the lead in trying to prevent climate breakdown, which is the number one threat facing humanity. And is actually the sort of thing where, in the West, we like to think we’re in charge of dealing with climate breakdown, because we’re more civilized, we’re more enlightened than the rest of the world. But actually, China’s taking the lead on that. And every success that China has is a sort of ideological blow to this capitalist or neoliberal orthodoxy. So that’s really why the US and its allies are obsessed with slandering China, making it look bad, trying to prevent other countries from working with it, trying to slow down its rise, trying to cut it out of of global value chains, trying to prevent it from having access to certain raw materials, and elements of technology, and so on.

The Uyghur tribunal fits into a more generalized setup of information warfare that the US and its allies are waging against China.