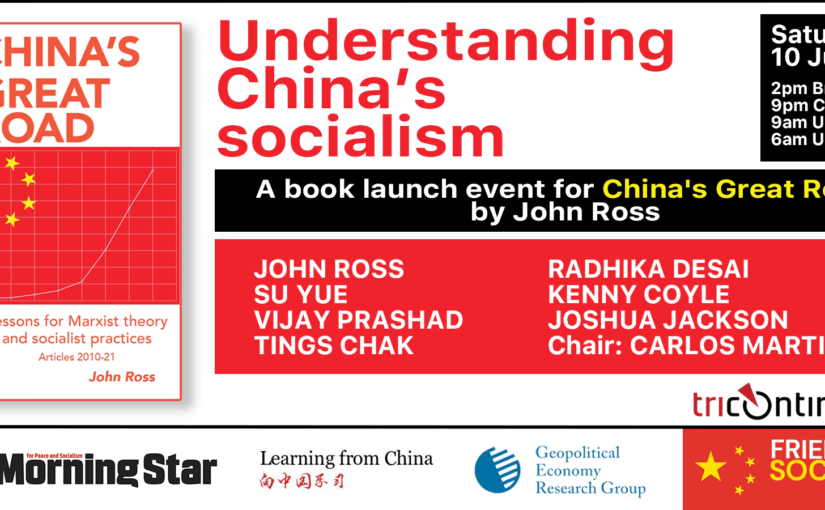 On 10 July 2021, we co-hosted a book launch for John Ross’s book China’s Great Road; Lessons for Marxist Theory and Socialist Practices, along with the Morning Star, Tricontinental Institute, Geopolitical Economy Research Group, and Learning from China.

China’s Great Road features ten articles by Ross published between the years 2010 and 2021, all of which provide a clear analysis of China’s economic and foreign relations policies over the past decades. More importantly, Ross’ writing cuts through Western propaganda and directly addresses China’s socialist project, its history and growth, and what could be possible for future socialist countries around the world.