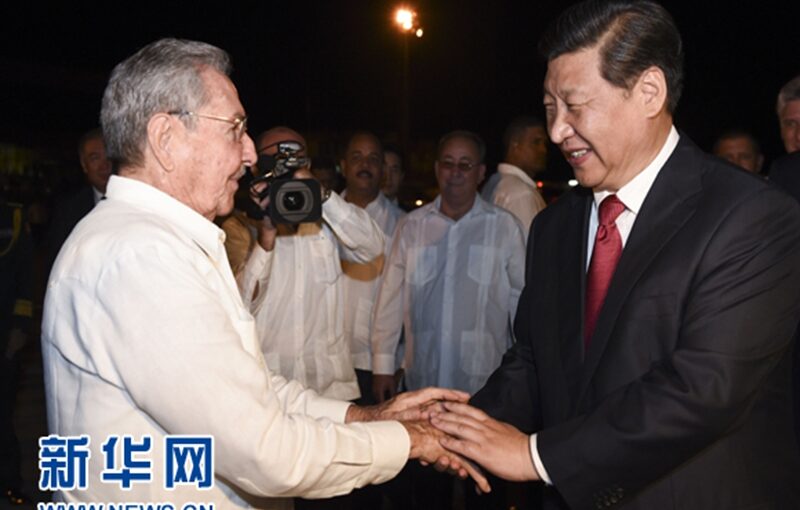 We are reproducing this article from the Global Times, published on 9 July 2021, about Raúl Castro’s longstanding connection with socialist China. With the US and its allies stepping up their hostility against the socialist world, it is more important than ever to build solidarity against imperialism.

“The east is red. The sun rises. China has a Mao Zedong…” On the afternoon of November 18, 2008, a man in his seventies was singing in Chinese Dong Fang Hong or The East is Red, a most well-known song in China, on the Tarara Campus of the University of Havana. On this campus set up specially for Chinese students in Cuba, the several hundred Chinese students present were amazed by this improvised performance. They never expected “grandpa Raúl” would know this song, let alone to sing it with such a good rhythm and pronunciation. This “grandpa Raúl” is Raúl Castro Ruz, brother of the leader of the Cuban Revolution Fidel Castro, and then President of the Cuban Council of State and the Council of Ministers. 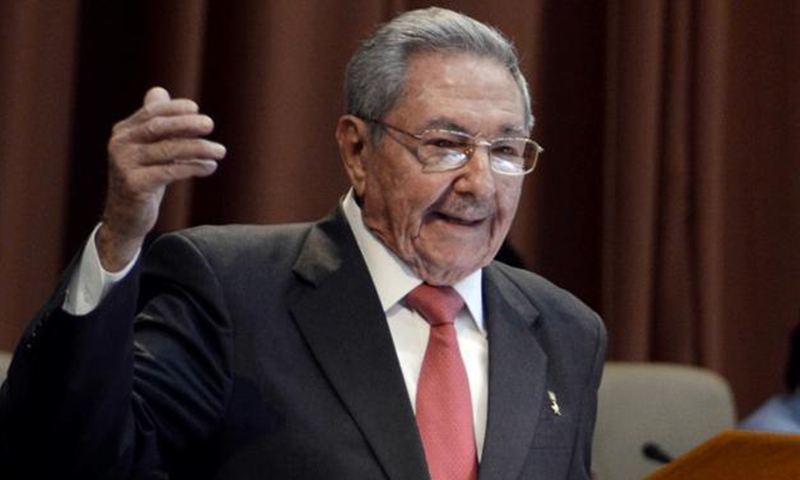 Raúl Castro has quite a long story with the song The East is Red. In 1953, the 22-year-old Raúl met a delegation from the People’s Republic of China when attending the fourth World Festival of Youth and Students in Bucharest. Deeply impressed by the performance of The East is Red by the young Chinese, he learned the song in just a few days and kept the melody in his heart ever since. When Cuba commemorated the 100th anniversary of the birth of Mao Zedong in 1993, Raúl, then First Vice President of the Cuban Council of State and the Council of Ministers, led Cuban officials and the Chinese embassy staff in a chorus of The East is Red. Since then, the song has become a fixture when Raúl and Chinese comrades get together. His sonorous singing has been heard at Hotel Nacional de Cuba, Plaza Vieja in Havana, and the Great Hall of the People in Beijing, among many other places.

Raúl’s love for the song speaks to his longstanding, profound affections for China. He was the messenger who contributed to the establishment of diplomatic ties between the PRC and Cuba, the first Latin American country to do so. In the late 1950s, almost a decade after the founding of the PRC, quite a few Latin American countries still maintained so-called “diplomatic relations” with Taiwan. In July 1959, a Chinese press delegation visited Cuba, hoping to get a sense of Cuba’s attitude toward establishing diplomatic ties. In a press conference, the delegation asked Fidel Castro what was the expectation of the Cuban people for the people in China and Asia and Africa. Fidel said that the Chinese and Cuban people shared the same need in their fight for economic independence, and that most Cubans supported this need and he himself hoped that the Chinese people could make greater achievements. The next day, Raúl had a private meeting with the delegation where he asked China to send a liaison and, when conditions were right, set up an embassy in Cuba. This message reassured the Chinese delegation, bringing the establishment of diplomatic ties between the two countries officially on the agenda. One year later, Cuba became the first Latin American country to establish diplomatic ties with the People’s Republic.

The Cuban economy was hit hard following the collapse of the Soviet Union in 1991. Stressing that “beans are more important than cannons,” Raúl launched several small-scale market-oriented economic reforms. He believed that Cuba should draw on the development experience of China and other countries and explore a development path of socialism compatible with Cuba’s national conditions. Raúl showed a strong interest in China’s reform and opening-up which by then had been on-going for over a decade as well as the various changes China had undergone.

In 1997, Raúl Castro paid his first visit to China and stayed for 18 days for an in-depth understanding of China’s development experience. He travelled to Shanghai, Guangzhou and Shenzhen, the forefront of China’s reform and opening-up, where he took a close look at how China built special economic zones and reformed its state-owned enterprises. Through all the projects and presentations on that trip, Raúl gained a first-hand experience of the tremendous changes brought about by reform and opening-up in China. After returning to Cuba, Raúl shared with Cuban government officials what he had learned from his visit and carried out pilot reforms of some Cuban enterprises based on China’s experience. He visited China again in 2005 and 2012, during which he learned more about China’s reform measures and commended on multiple occasions China’s development experience.

Raúl said that the Cuban people are proud of the Cuba-China friendship. He pointed out that as Cuba explores a development path in line with its national conditions, it values China’s successful experience in development and would love to increase communication and mutual-learning with China on governance and socioeconomic development. During his talks with President Xi Jinping in 2014, Raúl fondly recalled his previous visits to China, and stressed again that China is a great country; it will surely succeed in building socialism with Chinese characteristics under the leadership of the Communist Party of China and make greater contributions to world peace and human progress with its own development.

On September 29, 2019, Raúl Castro Ruz was awarded the “Friendship Medal” of the People’s Republic of China for his long, outstanding contribution to China-Cuba relations and China-Latin America friendship. The then Cuban Ambassador to China Miguel Angel Ramirez Ramos said that the Cuban people are very much delighted by this award, for it was not only an honor for Raúl Castro, but also an embodiment of the friendship between the two peoples. With the passage of time, the everlasting friendship between China and Cuba epitomized by the song The East is Red will remain unshakable and grow from strength to strength.

One thought on “Raúl Castro and ‘The East is Red’”