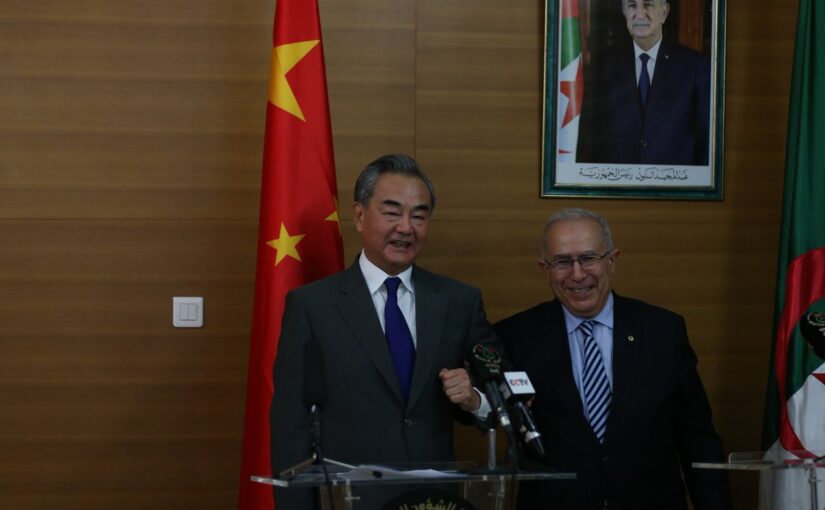 We are republishing this important speech by Foreign Minister Wang Yi, originally published on the Ministry of Foreign Affairs website, reiterating China’s enduring commitment to representing the voice and aspirations of the developing world.

On July 19, 2021 local time, State Councilor and Foreign Minister Wang Yi answered questions on the relationship between China and developing countries when he met with the press together with Algerian Foreign Minister Ramtane Lamamra in Algiers.

Wang Yi said, back to 50 years ago when a resolution jointly submitted by Algeria and other countries was passed by an overwhelming majority at the United Nations (UN) General Assembly, the vast number of developing countries “carried” China into the UN, which is a vivid illustration of the solidarity and cooperation between China and other developing countries. The purpose of my special visit to Algeria is to relive the experience of the joint struggle, and express my heartfelt thanks once again to Algeria and all other friends from other countries which stood up to pressure, upheld justice and firmly supported China.

Over the past 50 years, UN member states have increased by 65, the vast majority of which are developing countries. We have gradually approached the center of the international arena from auditorium, and emerged from being passive laggards to actively assuming leadership roles, which strongly promoted the historical process of the democracy in international relations, a multi-polar world and economic globalization.

Over the past 50 years, we have replaced confrontation with dialogue, resisted power with solidarity, independently explored the path of development and advocated mutual respect among civilizations, having become new driving forces for human progress.

Lamamra said that China is a representative of developing countries and non-aligned countries and a partner of African and Arab countries. If China plays its role effectively, international relations will be democratized and the world will be more balanced. The Algerian side expects China to play a greater role in the Security Council and the UN.