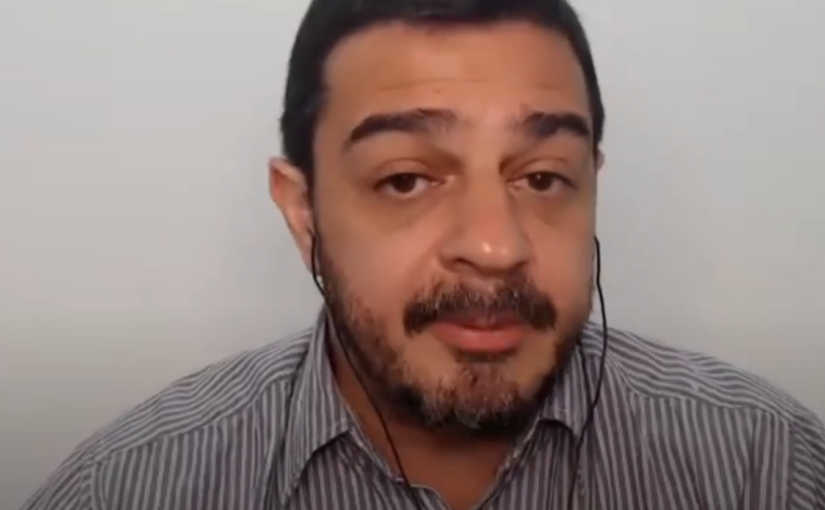 This speech by Elias Jabbour (Adjunct Professor of Economics, Rio de Janeiro State University) at the recent launch of Through Pluripolarity to Socialism usefully describes the current state of international relations, the global trajectory towards socialism, and the vanguard role of the People’s Republic of China.

First of all, I would like to thank the organizers of this Manifesto for the invitation to be here with you today. Thank you for the opportunity to be part of a document which summarizes not only the fundamental contradictions of our epoch, but mainly the solutions towards pluripolarity and socialism. This Manifesto not only demonstrates the defense of socialist experiences, but also shows to the world that we don’t deny the history of the international communist movement. On the contrary. We are proud of our history. The Soviet Union was responsible, for the first time in history, for giving women equality before the law.

We defeated the Nazis in 1945, launched the first animal (the dog named Laika), the first man and woman into space. The Chinese Revolution was the greatest social revolution of all times. Socialism in the 20th century was the main force supporting the decolonization movement in Asia and Africa and a fundamental inspiration to the movements for the emancipation of women and blacks. And today socialism is responsible for ending the extreme poverty in a country of 1.3 billion people. I dare say that the finish of extreme poverty in China was the greatest achievement in human history! I repeat: we are not ashamed of our history!

However, socialism is still taking its first steps in history. The world is still predominantly capitalist and capitalism, since the beginning of the 20th century, already showed signs of irrationality being transformed into a systemic trend. The rise of imperialism and the two world wars were the first empirical evidence of the degradation of the world under the dominance of monopoly capital. The protracted war against socialism and all the violence unleashed by imperialism against peoples struggling against colonialism were open wounds against humanity that we all have an obligation to demonstrate. North American imperialism is the greatest threat to humanity’s existence!

This Manifesto comes at a very opportune and special time in history. A new wave of imperialist violence has been unleashed since the beginning of the last decade. Imperialist-sponsored massacres in Syria and Libya, hybrid wars intended to disintegrate societies and the use and abuse of economic pressure on countries like Cuba, Venezuela, Iran and People’s Korea have been intensified. The fingerprints of imperialism are present in the present barbaric war waged by Saudi Arabia against the Yemeni people and the growing colonization of Palestine by the fascist government of Israel.

With deep emotion I speak of my country, Brazil. My country has been under imperialist intervention since the 2016 coup. Brazilian society is completely disjointed and devoid of its own will. Jair Bolsonaro’s pro-imperialist government is a deep wound in the history of my country. But I have deep hopes in the ability of the Brazilian people to stand up. The unity of progressive forces in Brazil will be key to defeating Bolsonaro and his genocidal policy that has already killed 580,000 Brazilians by Covid-19.

Finally, I will mention the current New Cold War conducted by the US government against the People’s Republic of China. Large sectors of the western academic leftists have been confused by harboring false theses of a war between “two imperialisms” when in fact the great aim of imperialism is to reduce China to a subordinate condition. The new cold war is another colonial war of a new kind aimed at subjugating the Chinese people and destroying socialism as a human experience. In this regard, we must pay attention to what is likely to happen in the coming years both in the South China Sea and in the Taiwan Strait.

On the other hand, in the field of ideas, I think that the Chinese development process and the movement generated from this historical process constitutes the greatest theoretical challenge of our time. New historical forms of production, ownership and planning have emerged in the country over the last 40 years. China challenges us to think of socialism as a concept that manifests itself in the real movement. New economic regularities emerge in China, placing the frontier of the human sciences on another level. My current research agenda that I develop at the State University of Rio de Janeiro is aimed at understanding the new historical forms of socialism that have emerged in China over the last 40 years. On this issue I will be releasing two books in the coming months. One in Brazil and one in England by Routledge Publisher.

Indeed, the defense of the Chinese socialist experience is not a case of uncritical adherence to the “Chinese model”. It is about defending the most successful experience of national and social emancipation in history since the Paris Commune of 1871 and the Soviet experience. I said earlier that capitalism and imperialism are two sides of the same coin whose irrationality is a systemic feature. Wars, financial crises and the advance of the far right around the world are proof of the rottenness of capitalism. On the other hand, China can be treated as an expression of the civilizational superiority that socialism offers the peoples of the world. Certainly socialist China is the last frontier between reason and barbarism that marks the present historical epoch.

I would like to conclude my presentation demonstrating my belief in the capacity of the peoples of the world in fight and victory against the global military dictatorship represented by US imperialism. I greet all those present with all my affection. A warm hug for all. We are one.