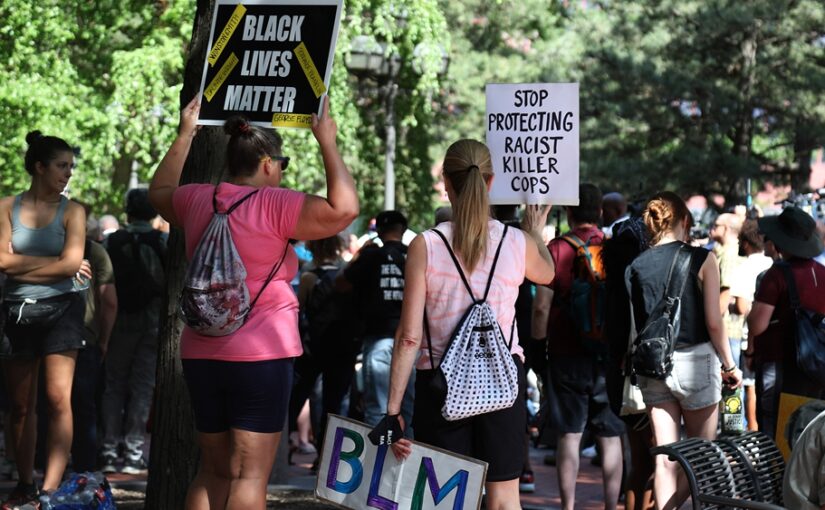 In this article for CGTN, Friends of Socialist China co-editor Danny Haiphong argues that the United States, instead of constantly maligning China and interfering in its internal affairs, would do well to tackle its entrenched racism and learn from China’s commitment to common prosperity.

Mainstream U.S. media frequently depicts China as a “closed off” country that treats ethnic minorities with contempt and oppression. The New York Times took this baseless accusation further in an op-ed published on September 9 that claimed China was closing itself off from the world and rejecting the English language. No verifiable proof was offered beyond reforms to the education system that seek to address economic and social stressors faced by Chinese families.

The op-ed argued that China’s decision to place tighter regulations on its private tutoring and examination process is a sign that the country is closing itself off from the world. Yet China’s reforms actually achieve the opposite by adhering to the goal set out by the central government to ensure “common prosperity” for all. After eliminating extreme poverty last year, China has tightened regulations on tech companies and educational institutions in a bid to create an environment where citizens of lower income levels can enjoy the prosperity of the fast-growing socialist economy.

Whatever steps China takes to provide a more equitable economic landscape falls well outside of the United States’ jurisdiction. The U.S. mainstream media often makes China’s sovereignty an American concern, due to the media’s deep ties with the military industrial complex and the political establishment in Washington. A negative story about China is released in major U.S. media on a near daily basis.

Media complicity in a U.S.-led new Cold War has led to a steep dip in American public opinion toward China. Anti-Asian racism has become a more severe problem in the United States in large part because of the collusion between the U.S. political establishment and mainstream media in promoting the racist fabrication that China was responsible for the COVID-19 pandemic.

Yet China was able to effectively implement a coordinated and centralized response to COVID-19 that preserved the lives of countless numbers of people. China was also the first major economy to achieve positive economic growth amid the myriad of problems that the pandemic presented to development. The fact that China was able to complete its goal of eliminating extreme poverty during a global public health crisis demonstrates that the country’s commitment to common prosperity is very real.

The United States has spread incendiary propaganda about China while failing to protect the economic and social health of its own society. Racism is a motive force of the U.S. capitalist system that denies common prosperity to the benefit of a tiny minority of elites who dictate policy in the United States. The dehumanization of Black and Indigenous people served as the ideological basis for settler colonialism and chattel slavery, accompany with the United States’ development over the course of history. While many accept the view that racism is a set of hateful ideas, fewer understand racism as a problem of material distribution.

A similar situation exists in relation to Mexican American communities. The United States colonized large portions of Mexico in the 19th century only to force Mexican workers living in the United States into low-wage jobs that pay less than 75 cents to every dollar earned by white Americans.

Racism creates an uneven distribution of all resources, not just income and wealth. The United States is the richest country in the world yet has declined to provide universal healthcare during a global pandemic. Rather than benefiting the whole of society, social welfare services of all kinds in the U.S. are means-tested to reinforce the notion of “deserving” and “undeserving” poor people.

This arrangement is sustained by violence. Racist fear-mongering about Black-majority neighborhoods justifies police violence and the displacement of low-income workers from their communities. The U.S. has managed to pour trillions of dollars into a military-industrial complex that siphons resources away from domestic priorities and facilitates the destruction of entire societies abroad.

The “peculiar institution” of the United States is not democracy, but racism. Racism has rendered the U.S. incapable of a centralized response to COVID-19 and other pressing problems. The achievement of common prosperity for both the United States and the rest of the world is made all the more difficult by a framework which values some lives over others. Instead of interfering in China’s affairs, progressive forces in the United States should prioritize the nightmarish conditions produced by racism that continue to tear the society apart on behalf of the wealthy few.