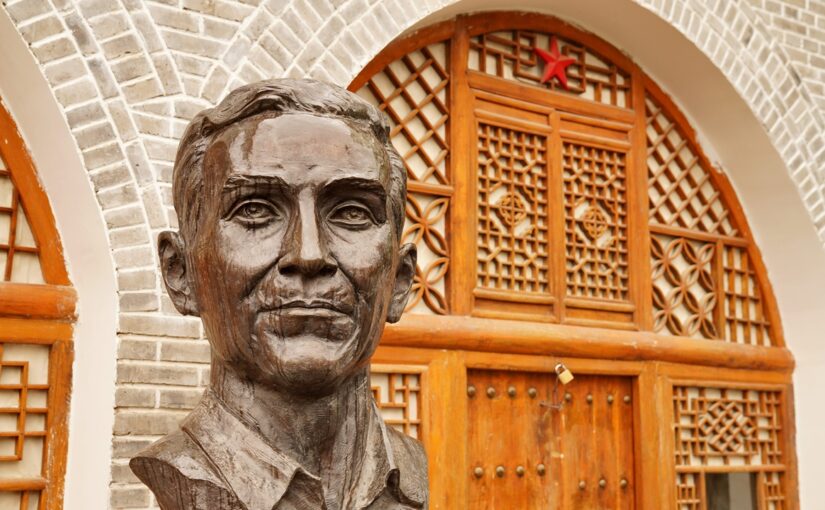 Demonstrating the unbroken internationalist ties between the Chinese revolution and its internationalist comrades across centuries and generations, President Xi Jinping has replied to a joint letter received from the family members of foreign comrades and friends who made outstanding contributions to China’s liberation and the building of socialism. They include relatives of such legendary figures as Edgar and Helen Snow, George Hatem (Ma Haide), Rewi Alley, Israel Epstein, Hans Muller and David Crook.

Originally published on the Ministry of Foreign Affairs website.

On September 14, 2021, General Secretary of the Communist Party of China (CPC) Central Committee and President Xi Jinping replied to the letter from family members of some international friends, including Edgar and Helen Snow, George Hatem, Rewi Alley and Israel Epstein, paying high tribute to the international friends who had stood and fought shoulder to shoulder with the CPC and the Chinese people through thick and thin and made invaluable contributions to China’s revolution, development and reform.

In his reply, Xi Jinping pointed out that in the first half of the 20th century, a large number of international friends, including Snow, Hatem, Norman Bethune, Dwarkanath Kotnis, Alley and Epstein, traveled thousands of miles to China, where they shared weal and woe and fought side by side with the CPC and the Chinese people. We always remember their invaluable contributions to China’s revolution, development and reform and their genuine friendship with the CPC and the Chinese people.

Xi Jinping underlined, in the past 100 years since its founding, the CPC has, answering the call of the times, people’s expectations, and trust of its international friends, united and led the Chinese people in delivering the first centenary goal of building a moderately prosperous society in all respects through unrelenting hard work, and is now leading the Chinese people in marching toward the second centenary goal of fully building a great modern socialist country and in promoting the noble cause of world peace and development. The choices your loved ones made decades ago are exactly right.

Xi Jinping noted, history keeps surging on, and the great spirit is passed down from generation to generation. I hope you will follow the steps of your loved ones, and contribute your fair share to strengthening the friendship and cooperation between the Chinese people and people of the world, and to building a community with a shared future for mankind.

Recently, 16 family members of international friends, including Snow, Hatem, Alley, Epstein, Hans Muller, David Crook, Zheng Lvcheng, Elizebetta Pavlovna Kishkina, Richard Frey, Ruth Weiss, Eva Sandberg and Betty Chandler, have jointly sent a letter to President Xi Jinping. In the letter, they extended warm congratulations on the 100th anniversary of the founding of the CPC, and expressed their hope of jointly commemorating the martyrs on the occasion of the 76th anniversary of the victory of the Chinese People’s War of Resistance Against Japanese Aggression and the World Anti-Fascist War. They said, they are proud that their family members chose to stand with the CPC and the Chinese people, and are willing to carry forward the internationalist spirit in the new era under the guidance of the initiative of building a community with a shared future for mankind, and make new contributions to enhancing the friendship between Chinese and foreign people and supporting China in realizing the second centenary goal.