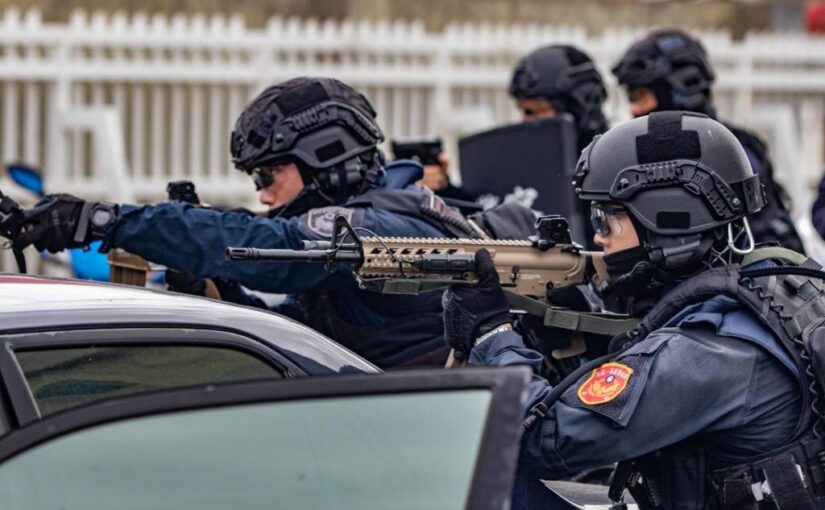 We are republishing this useful article by Gary Wilson in Struggle for Socialism analysing the significance of recent revelations that US special operations and support troops have been secretly operating in Taiwan for the last year, in violation of international law.

Unless the U.S. government promptly removes its military forces from China’s Taiwan province, China may send in its own military force to defend its territory, declared an Oct. 8 editorial in Global Times, the Communist Party of China’s daily newspaper.

Global Times explains: “We must resolutely define the deployment of U.S. troops in Taiwan as an ‘invasion.’ The mainland has the right to carry out military strikes against them at any time. We will not make any promises over their safety. Once a war breaks out in the Taiwan Straits, those U.S. military personnel will be the first to be eliminated. Through such a declaration, we must make Washington understand that it is playing a dangerous game that is destined to draw fire onto itself and it is risking the lives of young U.S. soldiers.”

On Oct. 7, the Wall Street Journal reported that about two dozen U.S. special operations and support troops were “secretly operating in Taiwan to train military forces there for at least a year.” The Global Times points out that “since the U.S. has exposed the news through anonymous officials, it has taken a step forward to undermine, from covertly to semi-overtly, the key conditions for the establishment of diplomatic relations between the Chinese mainland and the U.S.”

The U.S. government officially recognizes that Taiwan is a province of China, not a separate nation. Therefore, what the Biden administration is now doing — secretly sending special forces into the Chinese province — is in violation of both U.S. and international law.

Taiwan is a crucial issue. The struggle over Taiwan, always considered to be a province of China, has been ongoing since 1949, when the Chinese People’s Liberation Army drove U.S. puppet Chiang Kai-shek and his Nationalist Army from the mainland as it retreated to Taiwan under the protection of the Pentagon.

The U.S. agreed to surrender the Chinese province of Taiwan, as promised in the Shanghai Communiqué, on Feb. 28, 1972.

The U.S. signed a promise that “The United States acknowledges that all Chinese on either side of the Taiwan Strait maintain there is but one China and that Taiwan is a part of China. The United States Government does not challenge that position. It reaffirms its interest in a peaceful settlement of the Taiwan question by the Chinese themselves.”

The Trump administration moved toward dropping most of the long-standing policies toward China and Taiwan, even suggesting the possibility of granting Taiwan official recognition and an embassy in Washington.

The Biden administration has not changed any of the Trump policies toward China.

A Democratic congresswoman, Rep. Elaine Luria, in an op-ed published in the Washington Post Oct. 11, “Congress must untie Biden’s hands on Taiwan,” called for an act that would allow the president to bypass Congress to declare war on China.

Has the rapprochement between Washington and Beijing, as represented by the Shanghai Communiqué, ended?

This breakup is not just the doing of Donald Trump or Joe Biden. It flows from the fear of the predominant sections of the U.S. ruling class that the attempt to overthrow Chinese socialism from within has failed, just as the previous military aggression from 1949 to 1975 also failed.

In the 1970s when China “opened up,” the giant capitalist monopolies went charging into the Chinese markets. But the strong socialist core of the People’s Republic of China has held on. And the stronger China becomes, the more Wall Street fears for its economic dominance and the more the Pentagon fears for its military dominance.

On Feb. 25, China’s President Xi Jinping announced that 853 million Chinese people have lifted themselves out of poverty since 1981 thanks to large-scale interventions from both the Chinese state and the Communist Party of China.

China’s technological and economic strength — as well as its remarkable response to the coronavirus (4,636 total deaths compared to more than 718,000 in the U.S.) — has raised a new respect for socialism.

U.S. ruling class hostility to China’s struggle to build a socialist society is behind the New Cold War and the real threat of hot war.