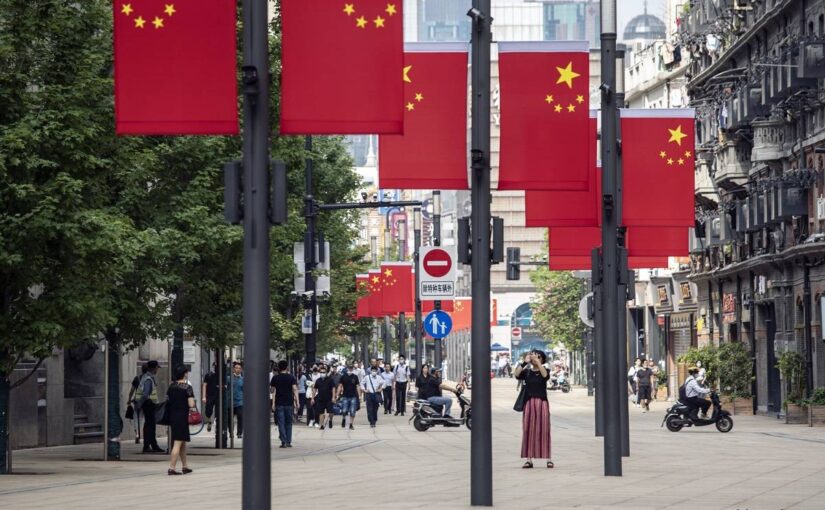 We are very pleased to republish this insightful piece by the Canadian Marxist John Riddell, general editor of the Communist Publishing Project. The article, originally posted on the author’s blog, assesses the significance of ‘common prosperity’ and the anxiety it has induced among the imperialist ruling classes. John calls on socialists worldwide to oppose the evolving New Cold War and to demonstrate solidarity with China.

Addressing the Chinese Communist Party’s Central Committee on 17 August 2021, Xi Jinping, president of the Chinese People’s Republic, stressed the need for “common prosperity” as a fundamental requirement of socialism.[1] The Central Committee responded by calling on high-income individuals and businesses to “give back more to society.”[2]

Big-businesses media in the West have reacted to this development with expressions of concern. “The End of a ‘Gilded Age’: China is Bringing Business to Heel,” declared A New York Times headline. “Where once executives had a green light to grow at any cost,” the Times continued, “officials now want to dictate which industries boom, which ones bust.”[3]

From a capitalist viewpoint, it’s a troubling prospect. A study by the Brookings Institute, a U.S.-based corporate brain trust, warned darkly that the “common prosperity” policy could lead to a possible $1 trillion wipe-out of Chinese corporate market values.[4] In fact, stock markets in the People’s Republic of have remained stable.

According to Brookings, the government’s new regulatory measures provoked a public debate within China between “those favoring bold measures” and “more establishment-minded advocates” who support the nurturing of “innovation and entrepreneurship.”

Brookings highlighted the role of a “previously low-profile blogger” in China, Li Guangman, who called for a “profound revolution” to correct the inequalities capitalism has wrought.” According to Brookings, Li’s essay went viral and “was republished online by party and state-controlled media.”[5]

China’s commitment to “common prosperity” follows on two major social mobilizations aiming to put this principle into practice. Firstly, a massive campaign to end “extreme poverty,” more ambitious than any similar effort in world history, succeeded in lifting the living standards of hundreds of millions of Chinese citizens, assuring that each individual had access to food, shelter, clothing, basic medical care, and education.

In February 2021, China reported the achievement of these ambitious goals. The gains were made in large part through the efforts of a host of Chinese revolutionary cadres who spent months in the villages helping to work out individualized solutions for impoverished residents.

Even as the anti-poverty campaign was wrapping up, China was undertaking a new collective effort – this time to combat the Covid-19 pandemic. The People’s Republic has now become a unique pandemic-free zone embracing one-fifth of humankind.

These gains have been consolidated in the teeth of an ominous U.S.-led “cold war” marked by unprovoked trade, diplomatic, and military reprisals against China. China’s recent social achievements were recently evaluated by a global webinar of the International Manifesto Group, with participation of a prominent Chinese Marxist.[6]

China’s economic gains have been achieved though an economy in which capitalist market relations play a significant role – albeit under close government direction. Some observers within the international Left have publicized the social conflicts that arise in this environment. A comment received recently by this blog, for example, highlights the 2018 protest of workers at Jasic Technologies, which employs about a thousand workers at several locations in China. According to this submission, the response of state bureaucrats and repressive forces was to “fire the workers, beat the workers, jail their leaders and outlaw the various political groups” that began to form to support them.

This blog is not in a position to pass judgment on the events at Jasic. However, reports from a variety of sources indicate that social protests in China, often related to workplace relations, are relatively frequent.[7] Surely this is a testimony to the health of Chinese society. China’s 300-million-member trade unions are sometimes criticized as lacking independence. Still, the scope of labor representation in China contrasts favourably with the situation in the United States, where 90% of workers have no form of union whatsoever and labour protests are correspondingly infrequent.

The comment received by my blog went on to call on the Chinese proletariat “to sweep away the bureaucratic-military and capitalist classes which have sold their labor power by the tens of millions to foreign imperialists.” It is hard to find evidence that could lend credence to this projection. The population of China is on the Internet down to the village level. The country enjoys a culture of intense online discussion. Despite this fact, we do not see many reports of revolutionary anti-government groups in China. Political refugees from China are relatively few. The reported level of incarceration in China is no higher than that in Canada and only one-fifth of that in the United States.

The people of China travel freely: 166 million tourists left the country in 2019; more than 99% returned home. In recent years there have been close to 400,000 students from China studying in the United States. Most of them, after completing their education, return home. The Washington Post reports that there are fewer Chinese students in the U.S. these days, quoting a student from Hangzhou who abandoned his spot at the elite New York University: “America may be good, but it’s not too friendly to us nowadays,”

Eighteen months ago, I wrote on this blog that, given the prevalence of market relations in the Chinese economy, “the government, whatever its intentions, cannot avoid accountability to capital.” Social production, I added, “is shaped by capitalist ownership and exploitation, organized to maximize corporate profit and to withstand the challenge of cutthroat global competition and worker contestation. Predominantly capitalist production generates the all-too-familiar evils of inequality, alienation, and exclusion.”

In retrospect, I find that this statement gives insufficient weight to the social context in China or to prevailing class relations. Yes, Chinese society is marked by the contradiction between the capitalist sector of its economy and the needs of the people, between the goals of a handful of billionaires and those of a multitude of workers. But in China – unlike in the imperialist countries – the billionaires do not give instructions to the government. On the contrary, the government gives instructions to the capitalists.[8]

Elsewhere in my 2020 article, I described social inequality in China with reference to the “GINI” coefficient:

Here it should be noted that the largest factor causing social inequality in China is the gulf between economic conditions in the city and those in the countryside. This factor looms large among most peoples emerging from colonial oppression. In advanced capitalist countries such as the United States and Canada, this economic divide was largely overcome many decades ago. In China, the campaign against extreme poverty has brought massive resources to bear to reduce this gap.

Another sentence in my article provides a better guide:

“Chinese society today rests on the heritage of a great socialist revolution 75 years ago … deepened and developed by the efforts of working people and the revolutionary government they established.”

Surely what is most significant about China today is the degree to which, through its great revolution and subsequently, it has made headway in resisting the dehumanizing tendencies of colonialism and capitalism.

As for the longer term outlook, there is much discussion today among China specialists in mainstream Western media regarding the challenges they say China will soon face in terms of demographic distortions, ecological barriers, and the structure of its work force. While these issues are important, China’s future will surely be decisively influenced by the evolution of global politics. We must take warning here from recent revelations that former U.S. President Donald Trump, during the final weeks of his presidency, spoke of launching an unprovoked nuclear attack on China.

Trump’s threats were recently revealed by Mark Milley, then chief of staff of the U.S. armed forces. The U.S. general took the danger sufficiently seriously to twice inform his counterpart in China that he would not permit the U.S. president to launch a nuclear strike on the People’s Republic of China.

All indications are that China will not be left in peace to develop socialism.

Socialists worldwide need to actively oppose the threats against China. In so doing we can help ensure that the Chinese people can freely choose among the many possible paths of development now open to them. Even more, solidarity with China is urgently needed to help protect the planet as a whole from nuclear and climate disaster.

[1]. For a review of how the concept of “common prosperity” has been utilized during the history of the Peoples Republic of China, see Mick Dunford, “On Common Prosperity.”

[4]. The Brookings warning was based on an article in Wall Street Journal published on 5 August 2021, that is, prior to the “Common Prosperity” announcement. The WSJ article is concealed by a corporate firewall.

[6]. See “State Capitalism or Market Socialism: The Social Character of the People’s Republic of China,” organized by the International Manifesto Group, of which I am a member.

[7]. For a critical report on workplace conflicts in China see China Labor Watch.

[8]. I owe this observation to Carlos Martínez.

One thought on “John Riddell: Effort for social equality in China arouses concern on Wall Street”