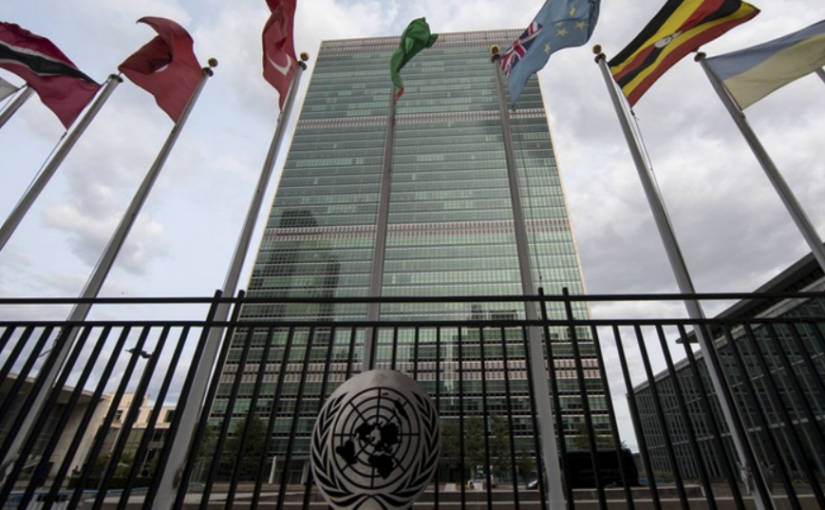 We are pleased to republish this article from Global Times, featuring quotes from the ambassadors of Russia, Iran, Cuba, Zimbabwe and the African Union to China about China’s role promoting a multipolar world order and standing up for the developing world against hegemonism and imperialism.

The ambassadors of Russia, Iran, Cuba, Zimbabwe and the African Union commended China’s role in the UN for upholding multilateralism and being a responsible major power on the occasion of the 50th anniversary of the restoration of the People’s Republic of China (PRC)’s lawful seat in the UN.

On October 25, 1971, the United Nations General Assembly (UNGA) voted to restore all lawful rights of the PRC in the United Nations. Russian Ambassador to China Andrey Denisov told the Global Times in an exclusive interview that it was indeed a historic moment 50 years ago. Since then, the PRC, as a responsible member of the international community, has contributed a lot to world peace and development.

China stands firm in upholding the purposes and principles of the UN Charter and preserving the authority and the central role of the UN. It always declares its readiness to work with other parties to fulfill its responsibilities as a major country to uphold global peace and justice, said the Russian ambassador.

“There is no doubt that the degradation of international organizations under the crisis will lead to grave global consequences. That is why both Russia and China, two responsible members of the international community, continue to further support the UN and advance its positive and unifying agenda,” he told the Global Times.

China has become the second largest contributor to the UN peacekeeping budget, and its peacekeeping contingents are among the largest.

Denisov stressed that Russia and China are developing their foreign policy “constructively and flexibly, showing readiness to compromise but on the basis of mutual respect and a balance of interests.”

Iranian Ambassador to China Mohammad Keshavarzzadeh told the Global Times that China has adopted a special model of development and turned into an influential great power.

In the past half century, China played a major role in opposing unilateralism and defending multilateralism, he said.

“China always stands against the humiliating approach and is considered as a source of inspiration for other independent nations. Iran and most developing countries in the world hope to get more benefits from the constructive role that China is playing as a responsible great economic power,” Keshavarzzadeh said.

He said that they also share the common understanding with China that international economic governance should be developed toward fulfilling the needs of developing countries. To that end, China’s role is of great importance, he said.

He noted that regarding China’s recent successful experiences in connecting countries through initiatives such as the Belt and Road Initiative, it seems that one of the most important areas that China can help developing countries is South-South cooperation, under which collaboration will enhance wealth generation and alleviate poverty in the world.

“The willingness of China to share the proceeds of its development path with the rest of the developing world toward their economic and social development and people’s wellbeing is a great contribution to the global agenda on poverty eradication. An understanding of China’s experience in poverty reduction will provide a reference for other countries to fight poverty, particularly those in South Asia and Africa,” Rahamtalla Osman, Permanent Representative of the African Union to China, told the Global Times.

Cuban Ambassador to China Carlos Miguel Pereira told the Global Times that China has become a vital player in the UN system, and its progressive stance has helped to “democratize the United Nations and promote multilateralism.”

“China’s presence supports the right of peoples of all countries to self-determination and contributes to the practical and sustainable advancement of the international agenda of the United Nations,” he said.

He specially mentioned that Cuba commended China’s firm voice in the UN against foreign interference in the internal affairs of other countries and its “firm stand against hostile unilateral acts by the US and other major powers against progressive countries.”

“Cuba welcomes the rise of a modern socialist country like China, which promotes a more just and rational development of the UN system, represents the unity and balance of power among developing countries and balances hegemonic forces in the world,” the Cuban ambassador said.

Zimbabwe’s Ambassador to China Martin Chedondo told the Global Times that China came in with a lot of support to ensure that the UN, the world organization, actually continues to function well. In areas of conflict, China is among the top contributors of world peacekeepers.

Chedondo said that he is glad to observe that China today comes to provide global leadership. “China’s vision for building a global community with a shared future, for example, is designed toward the promotion of multilateralism and example of global governance,” he said.