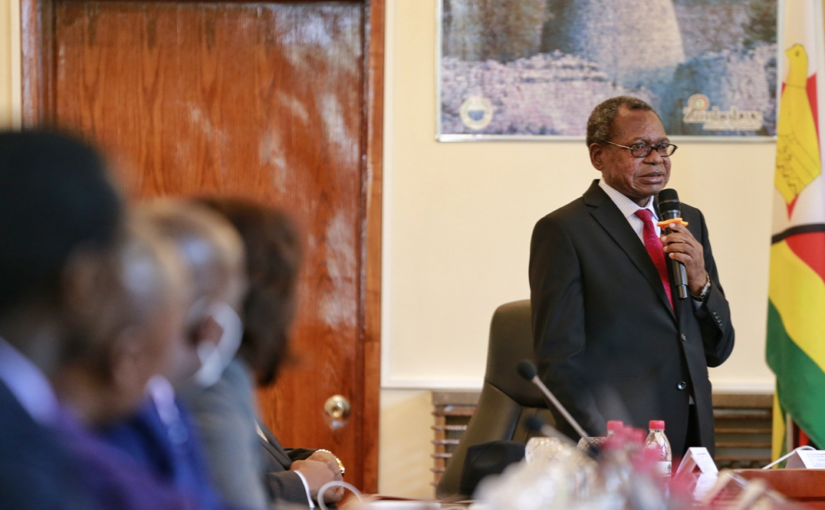 In an exclusive interview with the Global Times, Chedondo said that the US is in no position to impose sanctions on others as it is an advocate of double standards. The illegal sanctions have caused untold suffering and violations of the human rights of ordinary people, and have even affected the broader African region.

The ambassador said he is grateful that China always steadfastly stood by Zimbabwe during hard times. China and Russia exercised its veto at the UN Security Council to block the imposition of unwarranted UN sanctions as proposed by the US and its Western allies.

China in the UN stands for development, peace and harmony. China’s coming into the organization brings a voice of reason and prompts multilateralism, and stabilizes the world situation where some power always uses unilateral authority to impose sanctions on small countries, such as Zimbabwe and Cuba, the ambassador said.

Monday also marks the 50th anniversary of the restoration of the lawful seat of the People’s Republic of China in the UN.

At the press briefing on Monday, the Chinese Foreign Ministry spokesperson once again called on the US and organizations to remove illegal sanctions on Zimbabwe, as more efforts could be placed in helping Zimbabwe to fight the COVID-19 epidemic and resume economic development.

Wang Wenbin, a spokesperson of the ministry, said China firmly supports Zimbabwe in opposing external interference and pursuing the path of independent development. The illegitimate sanctions imposed on Zimbabwe by the US and some other Western countries have lasted for 20 years, which have gravely hobbled Zimbabwe’s capability to develop economy and improve people’s livelihood and hampered Southern Africa’s efforts to deepen cooperation and achieve common development.

China’s support to Zimbabwe on removing sanctions from the West is only part of its good relationship with Zimbabwe since the 1960s. Zimbabwe will forever remember this selfless gesture which saved the day for Zimbabwe’s continued sovereignty, Chedondo said.

In fighting COVID-19, China also demonstrates strong solidarity with Zimbabwe, which has limited capacity to mobilize resources under Western illegal sanctions, by providing the country with free vaccines and batches of anti-epidemic materials, Chedondo added.

Lazarus Chakwera, Malawi President and chairperson of the Southern Africa Development Community (SADC), said in a statement that consistent with the collective global commitment “to leave no one behind” and in practical furtherance of the spirit of multilateralism, SADC calls for the immediate and unconditional removal of all sanctions imposed on Zimbabwe, for the good of the country and its people, the SADC Region and the global community.

In 2019, the 39th Southern African Development Community summit designated October 25 as “Anti-Sanctions Day” to show solidarity with Zimbabwe. The theme of this year’s event is “Zimbabwe: Friend to all, enemy to none, forging ahead and enhancing innovation and productivity in adversity of sanctions.”