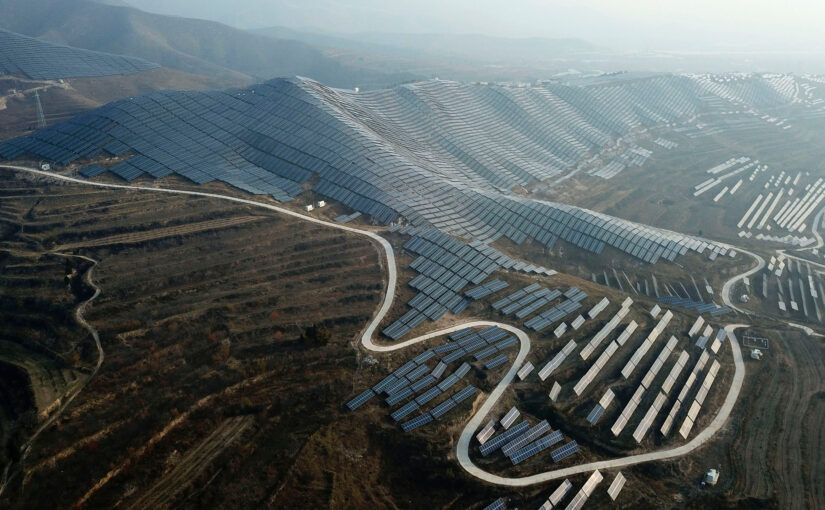 We are pleased to publish the written statement of President Xi Jinping delivered today to the COP-26 meeting in Glasgow.  The Chinese President makes three essential points – he stresses the need to uphold multilateral consensus; to focus on concrete actions; and to accelerate the green transition. This succinct and principled statement not only sets out the key tasks facing the entire international community if we are to prevent climate catastrophe – it also constitutes a fitting retort to those national leaders who would rather engage in vacuous rhetoric and foster a new Cold War against China and Russia than take concrete actions and face up to their responsibilities.

It gives me great pleasure to attend the World Leaders Summit and discuss ways to address the climate challenge. As we speak, the adverse impacts of climate change have become increasingly evident, presenting a growing urgency for global action. How to respond to climate change and revive the world economy are challenges of our times that we must meet.

First, we need to uphold the multilateral consensus. When it comes to global challenges such as climate change, multilateralism is the right prescription. The UN Framework Convention on Climate Change and its Paris Agreement provide the fundamental legal basis for international cooperation on climate. Parties need to build on the existing consensus, increase mutual trust, step up cooperation and work together to deliver a successful COP26 in Glasgow.

Second, we need to focus on concrete action. Visions will come true only when we act on them. Parties need to honor their commitments, set realistic targets and visions, and do their best according to national conditions to deliver their climate action measures. Developed countries should not only do more themselves, but should also provide support to help developing countries do better.

Third, we need to accelerate the green transition. It is important to harness innovations in science and technology to transform and upgrade our energy and resources sectors as well as the industrial structure and consumption pattern, promote a greener economy and society, and explore a new pathway forward that coordinates development with conservation.

Guided by the vision of a community of life for man and nature, China will continue to prioritize ecological conservation and pursue a green and low-carbon path to development. We will foster a green, low-carbon and circular economic system at a faster pace, press ahead with industrial structure adjustment, and rein in the irrational development of energy-intensive and high-emissions projects.

We will speed up the transition to green and low-carbon energy, vigorously develop renewable energy, and plan and build large wind and photovoltaic power stations.

Specific implementation plans for key areas such as energy, industry, construction and transport, and for key sectors such as coal, electricity, iron and steel, and cement will be rolled out, coupled with supporting measures in terms of science and technology, carbon sinks, fiscal and taxation policies, and financial incentives.

Taken together, these measures will form a “1+N” policy framework for delivering a carbon peak and carbon neutrality, with a clearly-defined timetable, roadmap and blueprint.

Ancient Chinese believed that “successful governance relies on solid action.” I hope all parties will take stronger actions to jointly tackle climate challenge and protect the planet, the shared home for us all.