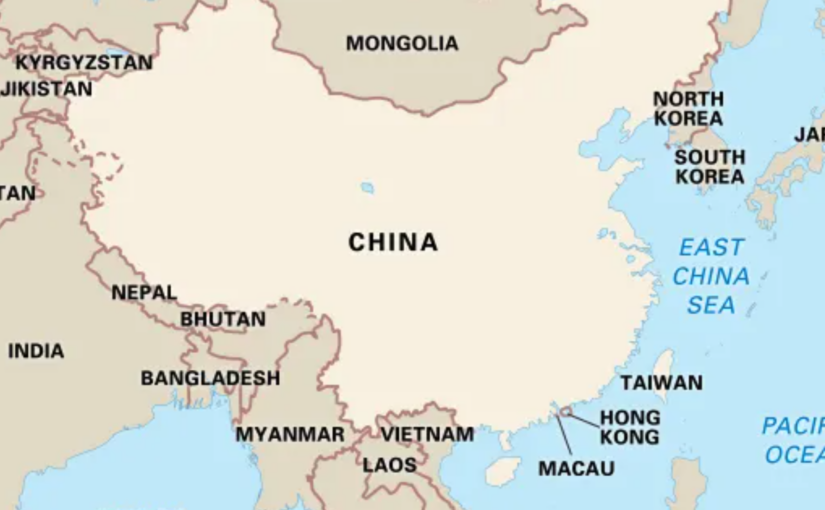 We are pleased to republish this valuable article by Gary Wilson in Struggle for Socialism providing an overview of the history of US support for Taiwanese separatism. This support has received a boost recently with Biden and Blinken’s talk of bolstering Taiwan militarily and calling for it to be recognised within UN institutions. Such activity on the part of the US government is simply an attempt to reimpose on China the imperialist domination that was overthrown with the founding of the People’s Republic in 1949.

The Guardian reports that U.S. Secretary of State Antony Blinken threatened a U.S. military buildup in Taiwan in a “side meeting” at the G20 summit in Rome on Oct. 31.

The Guardian added that Blinken’s threat “came a week after Biden said the U.S. may support Taiwan’s independence militarily and Blinken called for Taiwan to be recognized within U.N. institutions.”

On Oct. 7, the Wall Street Journal reported that about two dozen U.S. special operations and support troops were “secretly operating in Taiwan to train military forces there for at least a year.”

The U.S. government officially recognizes that Taiwan is a province of China, not a separate nation. By a 1979 agreement, the U.S. promised to remove all military personnel from Taiwan.

Therefore, what the Biden administration is now doing — secretly sending military forces into the Chinese province — is in violation of both U.S. and international law.

The Chinese province of Taiwan, once a colony of Japan, now calls itself the Republic of China. The U.S. government decided to designate Taiwan as the government of all China after Mao Zedong proclaimed the People’s Republic of China on Oct. 1, 1949. Taiwan was never the capital of China, but it has been part of China for millennia.

To the people of China, Blinken probably sounds like a reminder of the European and Japanese colonialists of the 19th century who had seized Taiwan and other parts of China and used military force to “protect” their possessions.

In China it’s known as the “century of humiliation”: the years of dismemberment and subjugation by the European and Japanese imperialists from 1839 to 1949.

The First Opium War began in 1839. Britain grew opium in India and sold it in China, using the profits to purchase Chinese goods, including porcelain, silk and tea. When the Qing government in China tried to stop the importation of opium, Britain launched the “Opium War” to keep the drug flowing into China.

In the century of colonialism, China was fractured, with Outer Manchuria, parts of Northwest China and Sakhalin seized by Tsarist Russia; Jiaozhou Bay by Germany; Hong Kong and Tibet by Britain; Macau by Portugal; Zhanjiang by France; and Taiwan by Japan.

Japan was a relative latecomer to the imperialist club. Taiwan was its first colony. Japanese rule of Taiwan lasted from 1895 to the end of World War II in August 1945.

At the end of the war in 1945, the U.S. military, led by General Douglas MacArthur, occupied Japan and took charge of Japan’s colonies, particularly Korea and Taiwan. The U.S. military forces put Taiwan under the administrative control of the Kuomintang-led Republic of China, with Chiang Kai-Shek at the head. This was a confirmation that Taiwan was a part of China.

Retrocession Day is the name given to the annual observance and former public holiday in Taiwan to commemorate the end of Japanese rule of Taiwan, and the retrocession (“return”) of Taiwan to the Republic of China on October 25, 1945.

From the end of World War II in 1945 to 1949, a war of liberation was fought by the People’s Liberation Army and the Communist Party of China, which led to the founding of the People’s Republic of China. In 1949, Chiang Kai-Shek and the Kuomintang army fled to Taiwan under U.S. military protection.

The U.S. strongly supported the Kuomintang forces against the Chinese Revolution. The Kuomintang received $4.43 billion from the U.S., most of it military aid, according to William Blum in his book “Killing Hope.”

In June 1950, when the U.S. launched its war on Korea, the U.S. government also sent the Seventh Fleet into the Taiwan Strait with the Chinese mainland as its target. At the time, MacArthur wanted to use nuclear weapons against China — in an interview he said he would have dropped “30 or so atomic bombs.” MacArthur also wanted to use Chiang Kai-Shek’s forces in Taiwan to invade the mainland.

In 1949, Chiang Kai-Shek and the Kuomintang had declared martial law in Taiwan, imposing a brutal military regime that wasn’t lifted until 1987. During these decades of martial law, some 140,000 Taiwanese were arrested, tortured and imprisoned, according to a 2008 report by the Executive Yuan (government) of Taiwan. Some 4,000 people were executed.

In the early 1950s, a secret group of U.S. military “advisers,” led by retired Adm. Charles M. Cooke, former commander of the Seventh Fleet, launched covert military operations in Taiwan to prop up the unpopular and weak Kuomintang regime.

The struggle over Taiwan has continued to this day.

After the victory of the Chinese Revolution and the formation of the People’s Republic of China, Washington proclaimed the military dictatorship in Taiwan to be the “Republic of China” and the government of all China. The Taiwan military regime was even given China’s seat in the imperialist-dominated United Nations!

The U.S. didn’t change this policy until 1972, when it was losing the Vietnam War.

In the 1972 Shanghai Communiqué, the U.S. agreed “that all Chinese on either side of the Taiwan Strait maintain there is but one China and that Taiwan is a part of China. The United States Government does not challenge that position. It reaffirms its interest in a peaceful settlement of the Taiwan question by the Chinese themselves.”

This was followed by the Normalization Communiqué of 1979, with the U.S. formally ending recognition of the “Republic of China” and agreeing to withdraw all U.S. military personnel from Taiwan.

However, the U.S. never stopped arms sales to Taiwan. These arms sales are supposed to be public and of a “defensive nature” only. The list of U.S. arms sales is publicly available on the Federal Register. Secret arms sales or operations are forbidden, which is what makes the Biden administration’s secret deployment of military special operations trainers a clear escalation of hostilities.

Following the 1979 communiqué, U.S. arms sales to Taiwan have increased every year. In 2020, the Pentagon announced more than $1.8 billion in arms to Taiwan, including 135 precision-guided cruise missiles and rocket launchers.

Following the end of martial law in 1987, a new political party emerged in Taiwan to challenge the Kuomintang. The Democratic Progressive Party (DPP) is a Taiwanese nationalist party and currently controls the presidency and the Legislative Yuan. The Kuomintang remains as the second major party in Taiwan.

While the Kuomintang agrees there is only one China and opposes Taiwanese “independence,” the DPP claims Taiwan to be a separate nation. The Kuomintang is based on the mainland Chinese population that came with Chiang Kai-Shek’s military occupation force; the DPP is led by the Chinese who had preceded them.

Over 95% of Taiwan’s population of 23.4 million consists of Han Chinese, whose traditional ancestral homes are in the southern part of Fujian, China.

In 2016, during a legislative committee meeting, a DPP legislator used a racist, anti-Indigenous slur in responding to a request made by Indigenous legislators who opposed a move to lift a ban on Japanese food imports from the prefectures surrounding the Fukushima nuclear power plant.

The DPP’s secessionist claim is getting support in the U.S., with Washington stepping up military and diplomatic support for the island’s government. This is part of the new Cold War the U.S. is waging against China.

The U.S. has expanded its naval operations in the South China Sea and Strait of Taiwan. The increasing frequency of the exercises by aircraft carrier strike groups is extremely provocative.

The recent sale of nuclear submarines to Australia as part of the formation of the AUKUS bloc was another aggressive move. AUKUS is an alliance between Australia, Britain and the United States that is clearly aimed at confrontation with China.

The reunification of China after the “century of humiliation” has always been seen as an essential part of building socialist China. The Chinese constitution states: “Taiwan is part of the sacred territory of the People’s Republic of China. It is the lofty duty of the entire Chinese people, including our compatriots in Taiwan, to accomplish the great task of reunifying the motherland.”

Without warfare or any kind of military incursion, China carried out the reunification of Hong Kong and Macau using an approach called “One Country, Two Systems.” Something like this was expected to happen with Taiwan, leading to a gradual reintegration. The Communist Party of China has always stressed its desire to achieve a peaceful reunification with Taiwan.