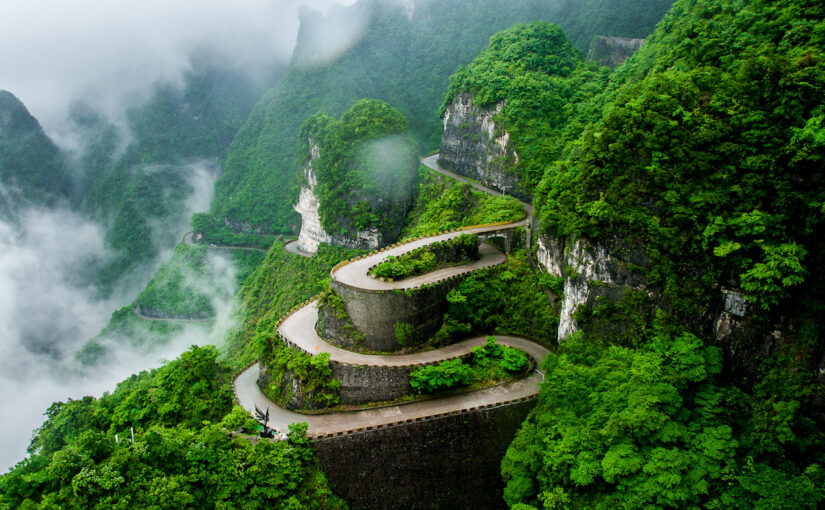 The West has followed a Cold War agenda of demonising the world’s most populous country, when in fact China’s per-capita greenhouse gas emissions are less than half those of the US; meanwhile China leads the way in renewable energy, reforestation and electric vehicles. This article by Friends of Socialist China co-editor Carlos Martinez first appeared in the Morning Star on 5 November 2021.

In the run-up to the COP26 UN Climate Change Conference, currently taking place in Glasgow, politicians and media in the West conducted a coordinated and insistent campaign to shift responsibility for the climate crisis on to China.

US President Joe Biden claimed in his closing statement to the G20 Summit, the day before the start of COP26, that China “basically didn’t show up in terms of any commitments to deal with climate change.” He further stated that meaningful progress on climate change negotiations is “going to require us to continue to focus on what China’s not doing.”

Biden specifically criticised Xi Jinping and Vladimir Putin for not attending the G20 Summit in person, although he failed to mention that they did attend via video link. Several commentators on social media have noted that attending a climate change conference via Zoom produces significantly less emissions than arriving in a private jet and travelling round Glasgow in an 85-car motorcade, which is what Biden did.

Blaming China is nothing new, of course, and feeds in to the New Cold War that the US and its allies are cultivating, with a view to protecting and expanding the US-led imperialist system. China is an enemy, a “strategic competitor”; it must not be allowed to “win the 21st century”.

When it comes to the global struggle to prevent climate catastrophe, pushing responsibility towards China has a further benefit beyond old-fashioned demonisation; it means shifting the responsibility away from the advanced capitalist countries which might otherwise be expected to fix a problem largely of their making.

The “it’s all China’s fault” narrative rests on two key themes: first, that China has for the last few years been the world’s largest emitter (in absolute terms) of greenhouse gases; second, that China has committed to achieving carbon neutrality by 2060, whereas the US and Britain have said they will bring all greenhouse gas emissions to net zero by 2050.

Such a narrative is flawed in five obvious ways:

First, China is the world’s most populous country, with a population of 1.4 billion Measured on a per capita basis, China’s emissions are very ordinary – around the same level as Bulgaria and New Zealand.

To understand the relevance of the per capita calculation, just imagine China is split into four different countries – that is, the wildest fantasies of the imperialist nations have been realised! Each one would have under half the emissions of the US.

Over the course of two hundred years, Europe, North America and Japan have become modern industrialised countries, burning enormous quantities of assorted fossil fuels and creating an environmental crisis. Now they want to both shift the blame onto others and pull up the ladder of development. Any reasonable person will agree that this is outright moral bankruptcy.

Third, the reason China’s emissions have gone up in recent decades while the West’s emissions have gone down has essentially nothing to do with people in the rich countries compromising on their lifestyles or governments making impressive progress on decarbonisation; rather, it’s that the advanced capitalist countries have exported their emissions to the developing world.

China as the “workshop of the world” means that products consumed in the West are very often produced in China. Chinese emissions are primarily caused by manufacturing and infrastructure development, not by luxury consumption. In fact, average household energy consumption in the US and Canada is eight times higher than in China.

Fourth, and related, is the fact that China is a developing country. The leading capitalist countries of Europe, North America and Japan reached peak greenhouse gas emissions in the 1980s, after nearly two centuries of industrialisation. If they succeed in achieving net zero emissions by 2050, their journey from peak carbon to net zero will have taken six or seven decades.

Before the proclamation of the People’s Republic of China in 1949, China’s economy was based overwhelmingly on small-scale agriculture. There was very little industry, very little transport infrastructure; only a tiny fraction of the population had access to modern energy. Since then, China’s use of fossil fuels has steadily increased as it has industrialised. If it meets its targets of reaching peak emissions by 2030 and zero carbon by 2060, both achievements will have taken less than half the time they took in the West.

Fifth, China is already making extraordinary progress towards tackling climate change. It is unquestionably the world leader in renewable energy, with a total capacity greater than the US, the EU, Japan and Britain combined. For the last two decades, it has been making a concerted effort to reduce its reliance on coal, which currently makes up 56 percent of its power mix, down from over 80 percent.

China’s forest coverage has increased from 12 percent in the early 1980s to 23 percent today. It has established national parks covering 230,000 square kilometres. Meanwhile it also leads the world in the production and use of electric cars, trains and buses. Around 99 percent of the world’s electric buses are in China, along with 70 percent of the world’s high-speed rail.

Even leading US politicians have recognised China’s progress. Back in December 2019, setting out his vision for the US to accelerate its decarbonisation, John Kerry observed in an article for the New York Times that “China is becoming an energy superpower”, that “China surpassed us for the lead in renewable energy technology.” He commented: “China is doing things we are afraid to do. They offer citizens large subsidies for purchasing electric vehicles from state-owned companies.”

Of course, the world needs China – as the largest current emitter – to take serious action to reduce emissions. Indeed there is a clear consensus at all levels of Chinese government on tackling climate change, biodiversity and pollution. China is taking the project of constructing an “ecological civilisation” very seriously, but it is hypocritical and nonsensical for the West to play the blame game and to push responsibility onto China.

As it stands, the US and its allies are more committed to their New Cold War than they are to a safe future for humanity. This is exemplified by US import bans on Chinese solar panels, based on the unproven and libellous accusation that this industry makes use of slave labour in Xinjiang.

Environmental catastrophe is knocking at the door. We need to get serious. The West must drop its policy of demonising and threatening China; it must adopt an approach of multilateralism and cooperation. The US, Europe, China and others should be collaborating on research and development for climate change adaptation and mitigation; on renewable energy systems; on artificial intelligence systems for monitoring weather patterns; on providing urgently-needed support to the least developing countries.

China has been abundantly clear that it wants a close, collaborative relationship with the other major powers around environmental issues. The ball is in our court. Those of us in the West should be demanding our governments to stop shirking their responsibilities, to build mutual trust with China, and to do everything possible to keep Earth habitable for humanity.

2 thoughts on “Carlos Martinez: Blaming China for the climate crisis is shameful and hypocritical”