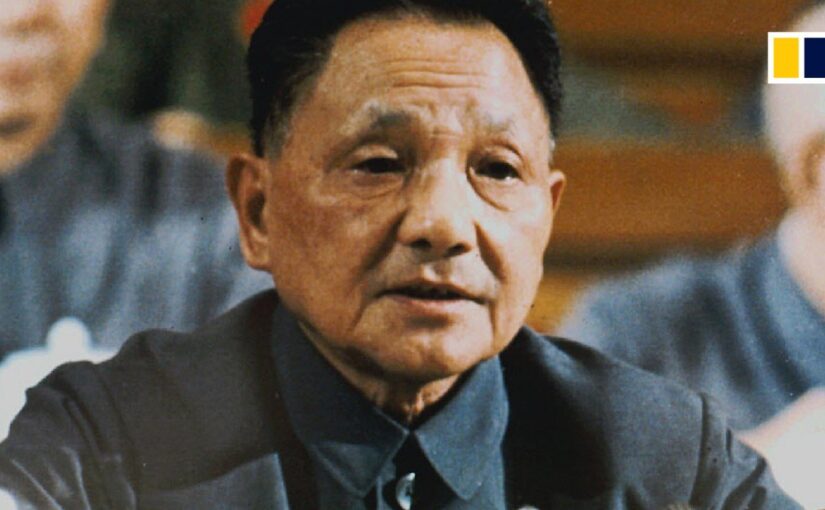 We are pleased to republish this thought-provoking piece in Midwestern Marx by Carlos L Garrido, on the philosophical underpinnings of Reform and Opening Up and of the left critique of it often found in the Western left.

​I have elsewhere argued that at the core of Western Marxism’s[i] flawed analysis of socialist states lies a “purity fetish” which is grounded in a Parmenidean fixation of the ‘true’ as the one, pure, and unchanging. For this disorder, so I have contended, the only cure is dialectics. With the aid of Roland Boer’s prodigious new text Socialism with Chinese Characteristics, I wish to show how this purity fetish, or, in its negative formulation, how this lack of dialectical thinking, emerges in Western Marxists’ analysis of China’s usage of markets.
​
In V.I. Lenin’s ‘Conspectus to Hegel’s Science of logic’ he states that,​

​It is impossible completely to understand Marx’s Capital, and especially its first chapter, without having thoroughly studied and understood the whole of Hegel’s Logic. Consequently, half a century later none of the Marxists understood Marx![ii]

​For anyone familiar with G.W.F. Hegel’s 700+ page arguably impenetrable monster this daunting task alone seems harder than making a revolution. However, the central message in Lenin’s audacious statement is this: without a proper understanding of the dialectical method, Marxism is bound to be misunderstood. A century later and still, Western Marxists struggle to understand Marx. The paradox is this: “Western Marxists, although claiming to be the ones who rekindle the spirit of Hegel into Marxism, are the least bit dialectical when it comes to analysis of the concrete world.” This is lucidly seen in their treatment of China’s usage of markets, where they dogmatically accept Ludwig von Mises’ stale binary which states – “the alternative is still either Socialism or a market economy.” [iii]
​
As Boer highlights, already in Capital Vol 3 (specifically chapter 36 on “Pre-Capitalist Relations”) Marx shows how markets existed in the slave economies of the ancient world, e.g., Rome and Greece, and in the feudal economies of the Middle Ages. Were the markets in each of these historical periods the same? Were they commensurable to how markets exist under capitalism? No, as Boer states “market economies may appear to be similar, but it is both the arrangement of the parts in relation to each other and the overall purpose or function of the market economy in question that indicates significant differences between them.”[iv] As Boer points out, Chinese scholars, following the analysis of Marx’s Capital Vol 3, understand that “market economies have existed throughout human history and constitute one of the significant creations by human societies.”[v][vi] If markets, then, predate the capitalist mode of production, why would a socialist mode of production not be able to utilize them?

Chinese Marxism, following upon the tradition of Eastern European socialism, was able to ‘de-link’ markets from capitalism and utilize them as a method (fangfa) and means (shouduan) to serve (fuwu) the ends of socialism, that is, to liberate the forces of production and guarantee collective flourishing.[vii] If the last four decades – wherein China has drastically raised its population’s living standards and lifted 800 million out of poverty – has taught us anything, it is that China’s usage of markets as a shouduan to fuwu socialism works.

Considering the plethora of advances China has been able to make for its population and the global movement for socialism, why have Western Marxist continuously insisted that China’s market reforms are a betrayal of socialism and a deviation down the ‘capitalist road’? Unlike some of the other Western misunderstandings of China, this one isn’t merely a case of yixi jiezhong, of “using Western frameworks or categories to understand China,”[viii] for, if the dialectical framework and categories the Marxist tradition inherits from Hegel were properly applied, there would be no misunderstanding here. Instead, it is precisely the absence of this dialectical framework which leads to the categorical mistakes.

In Hegel, but formulated clearer in Engels and Lenin, we come to know that universals are empty if not immanently negated by its particular (and individual) determinate form.[ix] Since markets have existed throughout various modes of production, within the dialectic of universal, particular, and singular, markets stand as the universal term. Markets, Boer argues, as a “specific building block or component of a larger system” are a “universal institutional form” (tizhi), which can only be brought into concrete existence via a particular socio-economic system (zhidu).[x] When the particular zhidu through which the universal institutional form of a market comes into existence is a “basic socialist system” (shehuizhuyi jiben zhidu), the fundamental nature of how the tizhi functions will be different to how that tizhi functioned under the particular zhidu of slave, feudal, and capitalist modes of production. In short, as Huang Nansen said, “there is no market economy institutional form that is independent of the basic economic system of society.”[xi]

As was the case with the planned institutional form in the first few decades of the revolution, the market institutional form has been able to play its part in liberating the productive forces and drastically raising the living standards of the Chinese people. However, because 1) China took this creative leap of grounding the market institutional form in socialism, and because 2) Western Marxists retain an anti-dialectical purity fetish for the planned institutional form, 3) the usage of markets in China is taken as a desecration of their Western Marxist pseudo-Platonic socialist ideal. It is ultimately a categorical mistake to see the usage of markets as ‘taking the capitalist road’ or as a ‘betrayal of the revolution.’ It is, in essence, a bemusing of the universal for the particular, of the institutional form for the socio-economic system. As Boer asserts, “to confuse a market economy with a capitalist system entails a confusion between commonality and particularity.”[xii]
​
At a time when US aggression against China is moving the world into a new cold war,[xiii] these theoretical lapses carry an existential weight. The world cannot afford any more categorical mistakes which set the ground for an imperialist centered ‘left-wing’ critique of China. These, as has been seen in the past, merely give the state department’s imperialist narrative a socialist gloss.

Instead, it is time for the global left, and specifically the hesitant western left, to get behind China and its efforts to promote peace and international cooperation. The western left must stop being duped by propaganda aimed at weaponizing their sentiments to manufacture consent for a war that will only bring havoc and an unaffordable delay to the ingenious forms of global collaboration necessary to deal with the environmental crisis. It is the duty of every peace-loving individual to counter the US’ and former western colonial countries’ increasingly pugnacious discourse and actions against China. We must not allow the defense of their imperialist unipolarity to bring about any more death and suffering than what it already has.

[i] By Western Marxism I am referring specifically to a broad current in Marxism that comes about a quarter into the last century as a rejection of the Soviet Union and Marxism-Leninism. It is today, the dominant form of ‘Marxism’ in western academia. It encapsulates everything from the Frankfurt school, the French Marxists of the 60s-70s, the New Left, and the forms of Marxism Humanism that arise alongside these. Often, they phrase their projects as a Marxism that ‘returns to its Hegelian roots’, centering the Marx of the Economic and Philosophical Manuscripts of 1844 and reading the mature Marx only in light of the projects of the younger Marx. Some of the main theorists today include Jürgen Habermas, Slavoj Žižek, Alain Badiou, Kevin Anderson etc. Although it might be tempting to just refer to this block as ‘Non-Marxist-Leninist Marxists’, I would urge against doing so, for there are many Marxist currents in the global south which, although drinking from the fountain of Marxism-Leninism, do not explicitly consider themselves Marxist-Leninists and yet do not fall into the same “purity fetish” Western Marxists do. It is important to note that a critique of their “purity fetish” does not mean I think their work is useless and shouldn’t be read. On the contrary, they have been able to make great theoretical advancements in the Marxists tradition. However, their consistent failure to support socialist projects must be critiqued and rectified.

[vi] It is also important to note that this realization is common knowledge in economic anthropology since the 1944 publication of Karl Polanyi’s The Great Transformation, where, while holding that “there is hardly an anthropological or sociological assumption contained in the philosophy of economic liberalism that has not been refuted,” nonetheless argues markets have predated the capitalist mode of production, albeit usually existing inter, as opposed to intra, communally. Karl Polanyi. The Great Transformation. (Beacon Press, 1957)., pp. 269-277.

​Carlos L. Garrido is a Cuban American graduate student and instructor in philosophy at Southern Illinois University, Carbondale. His research focuses include Marxism, Hegel, and early 19th century American socialism. His academic work has appeared in Critical Sociology, The Journal of American Socialist Studies, and Peace, Land, and Bread. Along with various editors from The Journal of American Socialist Studies, Carlos is currently working on a serial anthology of American socialism. His popular theoretical and political work has appeared in Monthly Review Online, CovertAction Magazine, The International Magazine, The Marx-Engels Institute of Peru, Countercurrents, Janata Weekly, Hampton Institute, Orinoco Tribune, Workers Today, Delinking, and in Midwestern Marx, which he co-founded and where he serves as an editorial board member. As a political analyst with a focus on Latin America (esp. Cuba) he has been interviewed by Russia Today and has appeared in dozens of radio interviews in the US and around the world.

6 thoughts on “Carlos Garrido: Why Western Marxism misunderstands China’s use of markets”