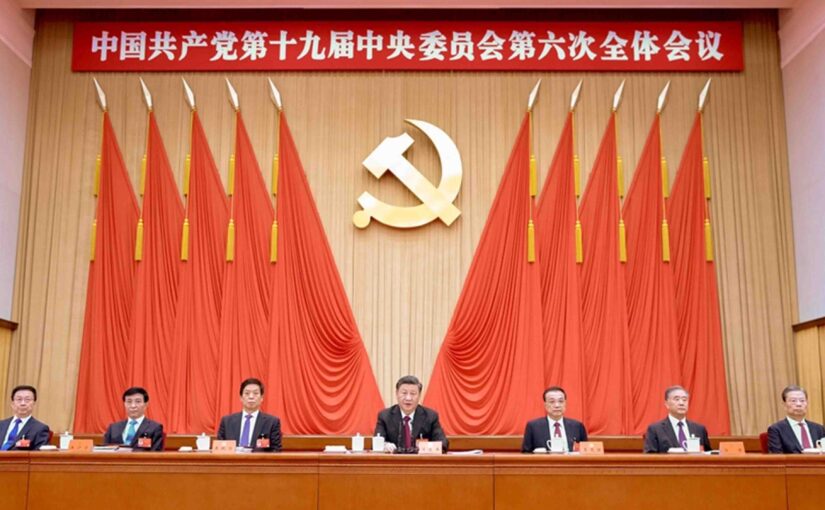 The sixth plenary session of the 19th Central Committee of the Communist Party of China will lead China to greater success in the next century, global experts said.

The session held last week adopted the Resolution on the Major Achievements and Historical Experience of the Party over the Past Century, according to the meeting’s communique.

“The CPC has made tremendous achievements in its 100 years of history and is ready to lead the Chinese people into the future,” said Gennady Zyuganov, chairman of the Central Committee of the Communist Party of the Russian Federation.

He said that the main secret to its success is that “the Party set itself the goal of striving for people’s happiness and the great rejuvenation of the nation”.

Salman Bashir, a former foreign secretary of Pakistan and former ambassador to China, said that under President Xi Jinping’s leadership, China is well positioned to become an economically prosperous, militarily strong and beautiful country. “This communique is a further illustration of the working of people’s democracy, which is unique to China and has no parallels with political parties and governance systems in other countries,” he said.

Carlos Martinez, co-editor of Friends of Socialist China, said China set two centenary goals: to achieve a moderately well-off society by the CPC’s centenary in 2021; and the development of China into a “strong, democratic, civilized, harmonious and modern socialist country” by the centenary of the founding of the People’s Republic of China in 2049.

“With the completion of the project to eradicate extreme poverty in late 2020, the first centenary goal has been met. The CPC is now moving steadily toward the second centenary goal,” he said.

Dennis Munene, executive director of the China-Africa Center at the Africa Policy Institute, said that under Xi’s leadership, China is committed to lifting people out of poverty and helping them become prosperous in the shortest time possible, and is fueling the push toward national rejuvenation by providing new, dynamic institutional guarantees as well as the material conditions for rapid development.

“The lesson for Africa is that we need to build political parties that are driven by ideals and convictions, parties that maintain political integrity and ensure and enhance people’s well-being in the course of development,” he said.

Munshi Faiz Ahmad, former chairman of the Bangladesh Institute of International and Strategic Studies, and a former Bangladeshi ambassador to China, said that most developing countries, like Bangladesh, are China’s partners and friends.

“China is the largest contributor to Bangladesh’s efforts in socioeconomic development. But Bangladesh is not the only country that benefits from partnership with China,” he said, adding that most countries would benefit from such a partnership to promote a community of shared prosperity.

Ronnie Lins, director of the China-Brazil Center for Research and Business, described the resolution adopted at the session as “landmark”.