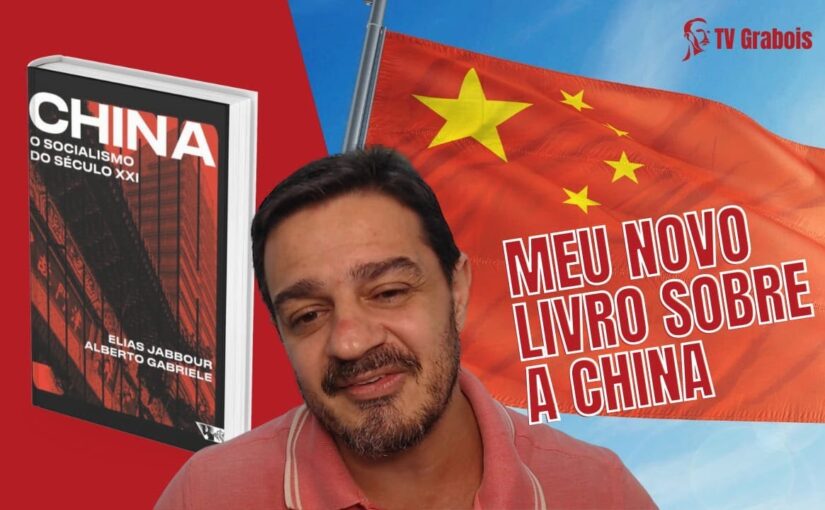 This brief original essay by Elias Jabbour, Professor at the School of Economics, Rio de Janeiro State University, introduces a key idea from his book with Alberto Gabriele, China: Socialist Economic Development in the 21st Century (due to be released by Routledge in English in March 2022), emphasising that China’s combination of a hybrid economy, Communist Party leadership and innovative and effective governance collectively constitute an important development of Marxist political economic theory.

The task of each and every social scientist dedicated to the evolution of humankind runs through understanding in which stage the human anatomy is, what we must keep in mind in order to better understand the progress of the monkey´s anatomy.

Likewise, in socio-historical terms, it is central to comprehend which is the most advanced formation in course in the world today. This is how we arrived at the Chinese “Market Socialism” and its particularities, what led us to designate it as a “new socioeconomic formation”. As President Dilma Roussef pointed out at the launch of our book, it is “not emerging as a result of a pre-existing capitalism”. The challenge now is to discover the nature of its functioning, its internal coherence, the “universal in the particular”.

A socioeconomic formation is composed of modes of production from different historical stages, which overlap each other. Depending on the opening index of the country´s economy, the international markets become a pressure factor from one mode of production to another. This is how Lenin and Rangel perceived the role of the international markets in the penetration of capitalism in Russian and Brazilian agriculture and the consequent overcoming the natural subsistence economy and, even, the feudalism in the countryside.

In Chinese agriculture, the process of elevating the productive forces takes place under the auspices of an immense degree of planning. In this sense, we refer to Adam Smith and analyze how the rise of the role of the market economy occurs, what happens both in terms of the rise in labor productivity and in the unification of the Chinese national market.

We arrived at “Market Socialism” when we noticed that the increase in productivity occurs mainly in the public sector of the economy, not in the private sector. Its political counterpart is a new type of superstructure, an illiberal democracy led by the Communist Party of China (CPC).

The labor productivity as a key factor is fundamental to build a vision that brings us reason as a synthesis of movement, totality and the multiple correlations of phenomena. We thus abandon static aggregate demand schemes or ahistorical concepts such as “State Capitalism”. Totality and history also replace the increasingly limited studies based on the relationship between State and market, “Entrepreneurial State” etc. We try to note the role of the power bloc and its mutations in light of the expansion of the working class, as cause and consequence of the rise of the “socialist market economy”.

In this sense, we can highlight that the fundamental law of Chinese Market Socialism relies in the combination of different modes of production, where the increase in labor productivity in the public sector of the economy (socialist mode of production) ends up by settling the differences between the public and private, insofar as the rise in productivity in this sector gives rise to new historical forms of ownership and new social relations of production and exchange, as I and Alberto Gabriele stated in “China: Socialism in the 21st Century”.

The substance of the Chinese reality is being built through institutional innovations that give rise to new and superior forms of action and new state capabilities. From the rise of productivity in the public sector of the economy, disruptive technological innovations also emerged. The elevation of planning is held in unprecedented levels, which sign the ascension of a higher level variation of the dominant mode of production than this new socioeconomic formation. We finally arrive at the New Projectment Economy.

Evidently, we arrived at “Market Socialism as a new socioeconomic formation” inspired by Hegel. We overvalue abstraction and devalue the abstract. We abstract and by doing this we reduce matter to the sensible, a simple phenomenon, the essential, which only manifests itself in the concept. Abstraction thus becomes what is commonly called concrete. Perhaps we have arrived, with the notion of “Market Socialism as a new socioeconomic”, at the substance of Chinese reality.

2 thoughts on “Elias Jabbour: The “fundamental law” of the new Chinese socioeconomic formation”