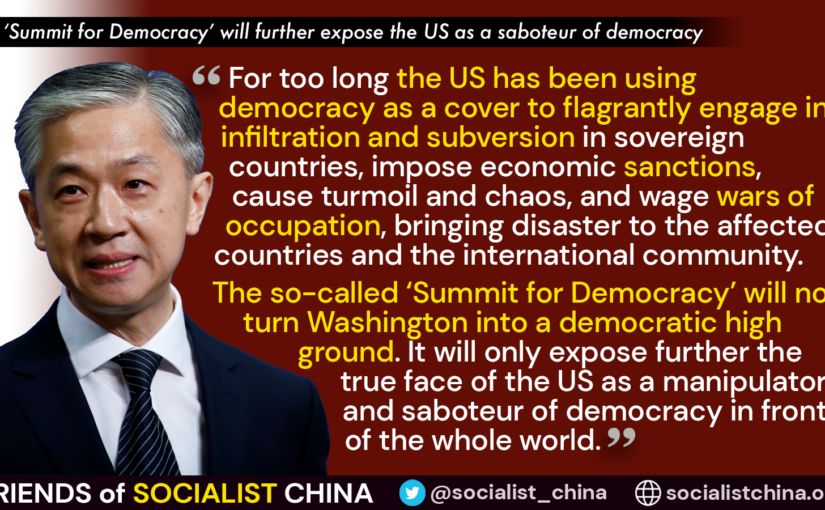 For too long the US has been using democracy as a cover to flagrantly engage in infiltration and subversion in sovereign countries, impose economic sanctions, cause turmoil and chaos, and wage wars of occupation, bringing disaster to the affected countries and the international community.

The so-called ‘Summit for Democracy’ will not turn Washington into a democratic high ground. It will only expose further the true face of the US as a manipulator and saboteur of democracy in front of the whole world.

2 thoughts on “Quote: Wang Wenbin on the US’s brazen misuse of the word ‘democracy’”