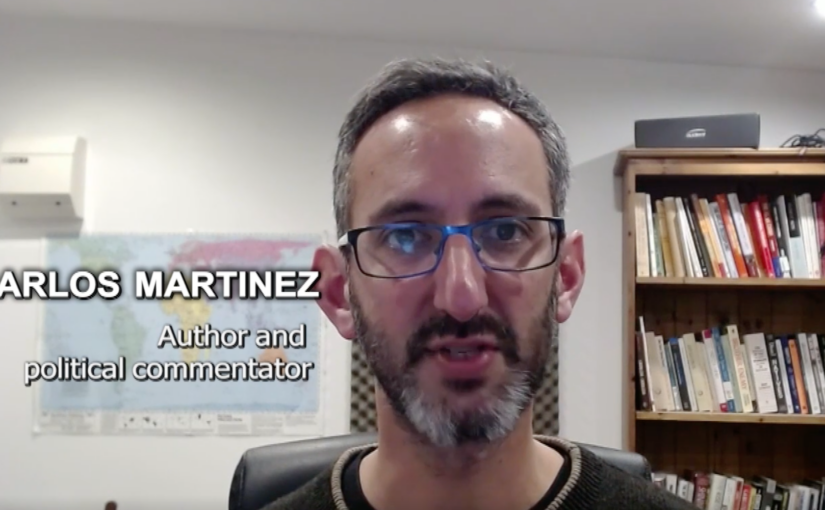 In this brief interview with Xinhua, Carlos Martinez explains how China’s whole process people’s democracy is in fact much more meaningfully democratic – in terms of being accountable to the people – than is the West’s ‘liberal’ capitalist democracy. The video is embedded below, followed by the report, which originally appeared in Xinhua on 9 December 2021.

Ordinary Chinese people are much more engaged in running their communities and society, said Martinez, adding that “the basic interests of ordinary people in China are represented in government to a far greater degree than the case in the West.”

Noting that the shaping of democracy in China has its own background, he said there was no template available for the type of democracy the Chinese people needed when the People’s Republic of China was founded in 1949.

“China couldn’t just copy some other countries’ example, and therefore had to evolve its own democracy,” said the commentator.

Martinez believed that the Chinese political system gives democratic rights to the vast majority of the Chinese poeple, and “continues to provide the foundations for governance in China today.”

As for Western democracy, he said the model has its limitations, which has led to the failures in tackling poverty, racism and the COVID-19 pandemic in Western countries.

Although people in the West can vote for a party every four or five years, “they can’t vote for substantive change,” said Martinez.

In contrast, China also has five-year plans on economic and social development, which are systematic plans that address the actual needs of the people, he said.

China’s whole-process people’s democracy ensures that all sectors of society always enjoy democratic rights, said Martinez, adding that the vibrant system of people’s congresses in China allows the elected representatives to be constantly in touch with the needs, opinions, and aspirations of the people.

The priorities in China are tackling poverty, protecting people’s health, dealing with pollution and improving the education system, said Martinez.

“This is people’s democracy, which means listening to the people, mobilizing the people, meeting the needs of the people and developing their human rights,” he added.