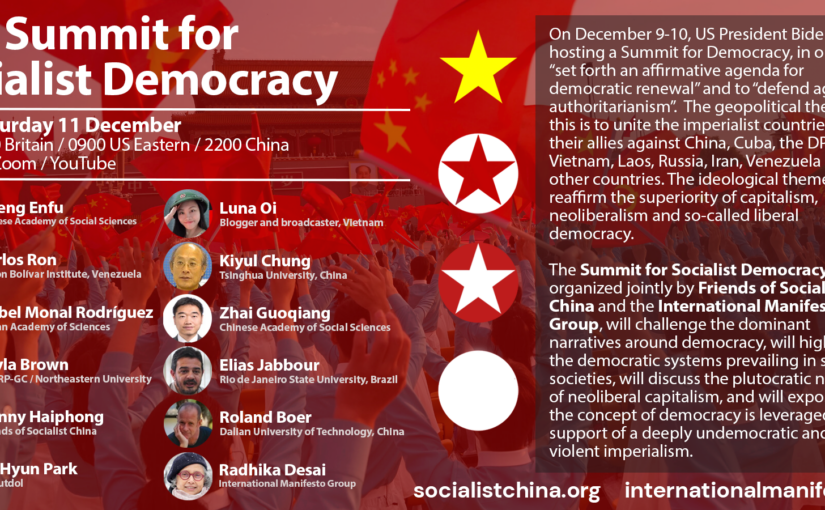 A reminder that our Summit for Socialist Democracy webinar takes place on Saturday 11 December, 9am US Eastern / 2pm Britain / 10pm China.

On December 9-10, Biden is hosting a ‘Summit  for Democracy’, “bring together leaders from government, civil society, and the private sector to set forth an affirmative agenda for democratic renewal” and to “defend against authoritarianism”. The geopolitical theme of this is, of course, to close ranks in the capitalist world against China, Russia, Cuba, DPRK, Venezuela and other countries. The ideological theme is to reaffirm the superiority of capitalism and so-called liberal democracy.

Our event will challenge the dominant narratives around democracy, will highlight the democratic systems prevailing in socialist societies, will discuss the plutocratic nature of neoliberal capitalism, and will expose how the concept of democracy is leveraged in support of a deeply undemocratic and violent imperialism.

2 thoughts on “Reminder: The Summit for Socialist Democracy (11 December)”