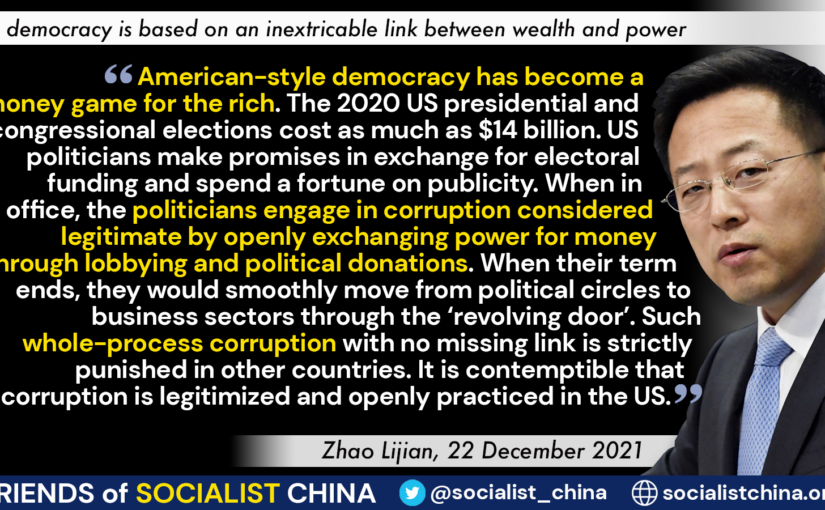 American-style democracy has become a money game for the rich. The 2020 US presidential and congressional elections cost as much as $14 billion. US politicians make promises in exchange for electoral funding and spend a fortune on publicity. When in office, the politicians engage in corruption considered legitimate by openly exchanging power for money through lobbying and political donations. When their term ends, they would smoothly move from political circles to business sectors through the ‘revolving door’. Such whole-process corruption with no missing link is strictly punished in other countries. It is contemptible that corruption is legitimized and openly practiced in the US.

2 thoughts on “Zhao Lijian: US democracy is based on an inextricable link between wealth and power”