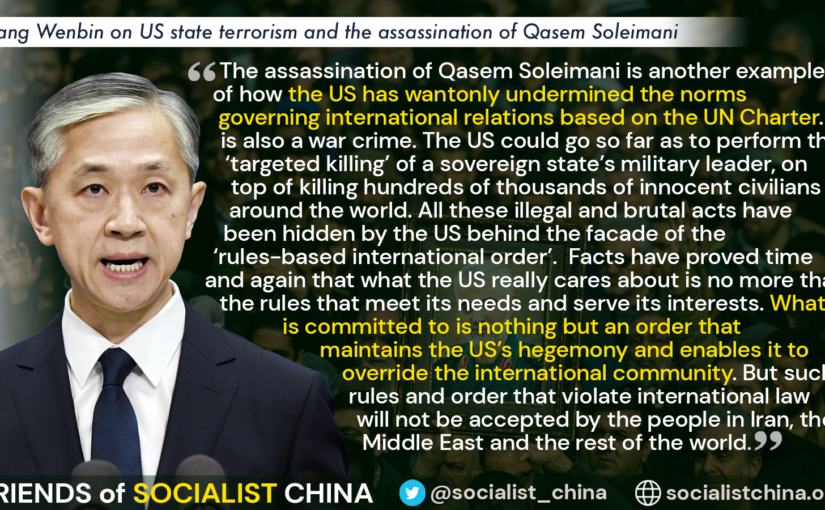 The assassination of Qasem Soleimani is another example of how the US has wantonly undermined the norms governing international relations based on the UN Charter. It is also a war crime. The US could go so far as to perform the ‘targeted killing’ of a sovereign state’s military leader, on top of killing hundreds of thousands of innocent civilians around the world. All these illegal and brutal acts have been hidden by the US behind the facade of the ‘rules-based international order’. Facts have proved time and again that what the US really cares about is no more than the rules that meet its needs and serve its interests. What it is committed to is nothing but an order that maintains the US’s hegemony and enables it to override the international community. But such rules and order that violate international law will not be accepted by the people in Iran, the Middle East and the rest of the world.