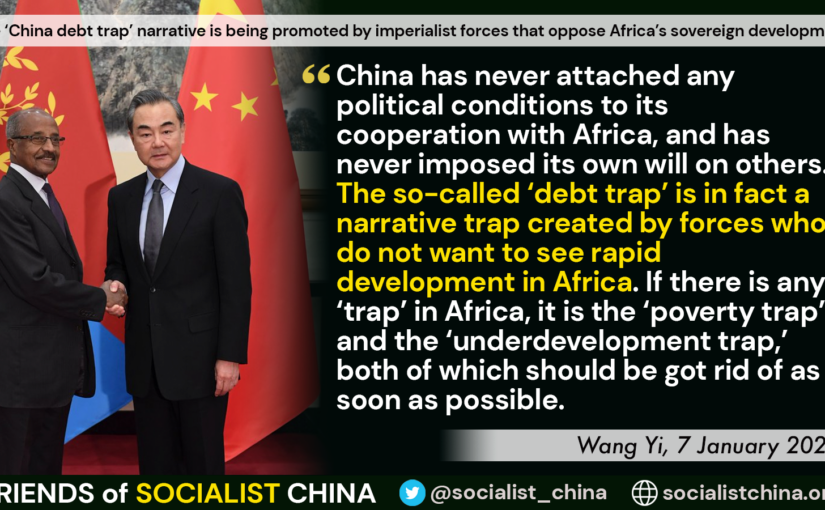 Continuing a tradition of 32 years, the Chinese foreign minister’s first external trip of the year is to Africa. Wang Yi has been in Eritrea, Kenya and Comoros, cementing the longstanding relationship of friendship and solidarity between China and the peoples of the continent. Speaking in Nairobi, he referred to the accusation – popular in the West – that China is trapping African countries in debt:

China has never attached any political conditions to its cooperation with Africa, and has never imposed its own will on others. The so-called ‘debt trap’ is in fact a narrative trap created by forces who do not want to see rapid development in Africa. If there is any ‘trap’ in Africa, it is the ‘poverty trap’ and the ‘underdevelopment trap,’ both of which should be got rid of as soon as possible.

One thought on “Wang Yi: The ‘China debt trap’ narrative is being promoted by imperialist forces that oppose Africa’s sovereign development”