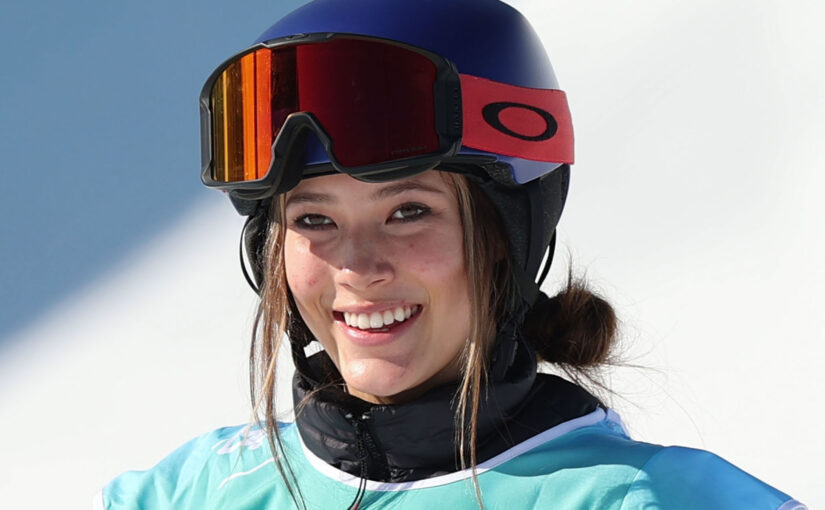 We are pleased to republish this article by Ian Goodrum, originally published in China Daily on 9 February 2022, comprehensively exposing the stark hypocrisy of those criticising Eileen Gu (Gu Ailing) for choosing to compete for China in the Beijing Winter Olympics.

Since she was 15, Eileen Gu (Gu Ailing) has had a target on her back.

The US-born freestyle skier of Chinese heritage announced in 2019 she would be competing for the People’s Republic at the 2022 Beijing Winter Olympics, a decision met with enthusiasm in China — for obvious reasons — but intense animosity on the other side of the Pacific. On social media, vile comments flooded in calling her every name under the sun. Gu was ungrateful, they said, and had spurned the country they felt was entitled to her labor.

That already venomous response shifted into overdrive this week, when Gu, now 18, won gold in women’s freeski big air. Her miraculous run included a career-first 1620 in competition, barely edging out her nearest opponent and sending her name into the stratosphere.

But it also meant even more scrutiny from an adversarial press, and the condemnations were quick. Major media outlets demanded to know the details of her nationality, and some of the bolder commentators went so far as to label her a turncoat or mercenary.

I’m afraid my initial reaction can’t be printed in a family newspaper. Regardless, I have no interest in mincing words here: These people are scum.

Gu’s connections to China should not be in doubt. Her mother, Gu Yan, is a first-generation immigrant; she introduced the younger Gu to skiing and nurtured her budding sports career. Eileen Gu is fluent in Mandarin and in pre-pandemic times made annual trips to Beijing. She may have been born and raised in the US, but has maintained a strong enough link to her mother’s homeland to consider herself both American and Chinese. This is in no way unusual, yet here we are reading incredulous reports about it.

One fact has gone deliberately unmentioned in most of these “just asking questions” articles and their bile-filled comment sections — if the situation were reversed and Gu were competing for the US, she would be hailed as a hero. There would be no end to columnists waxing poetic about how she struck a “brave blow” against the “dastardly Chinese”, or something to that effect. The hypocrisy would be stunning if it weren’t so tediously commonplace. Instead, they are treating her decision as an extraordinary snub, as if she owes her talent to the US by virtue of being born there.

Meanwhile in the land of reality, this sort of thing happens all the time. To illustrate, let me move to a sport I actually know a little something about: Soccer. For much of the 2010s, the US men’s national team was managed by German legend Jürgen Klinsmann. Under his stewardship, he and the team recruited a number of players who were born in Germany. This was possible in large part due to a continuing American military presence on German soil — which, to me, should be a much bigger moral outrage than anything getting dredged up about Gu — but that’s a whole other can of worms.

Several of these players, like Jermaine Jones and John Brooks, were called up by their birth country to play at the youth level. But eventually they chose to represent the US on the international stage. Was that practice made into a scandal by the corporate press? Were those players dubbed traitors? Did they have untold levels of scorn heaped upon them? No, of course not. Some groused, but most understood this is the way things are for international sport in an increasingly globalized, multicultural world.

These infantile attacks — made by people who could not begin to fathom her or anyone else’s inner life — have only served to vindicate her decision. With so many viciously branding her a sellout, what regrets could she possibly have? In China she has a staggering level of support that will only grow as the Games continue. In the US she faces slander and charges of betrayal, behavior that chillingly echoes atrocities from the not-so-distant past.

Accusations of “dual loyalty” were and are a common refrain in hate speech, most notably in the treatment of Japanese-Americans during World War II. Those wounds have not even begun to heal, and they’re festering again thanks to a pandemic-fueled spike in hate crimes against Asians of all ethnicities.

These perceptions of Asians as a disloyal fifth column didn’t spontaneously emerge. The tenor of US rhetoric against China has shifted considerably in recent years, taking on more vulgar forms as it flows downward into the population at large. No longer is China portrayed as a friendly rival or competitor; in many circles it is now commonly perceived as a profound existential threat.

Heightening suspicion of Chinese nationals in academia and other fields is now a matter of policy, and the sole beat of high-profile reporters who delight in hyping up the threat of Chinese espionage on university campuses and in public life. The unspoken implication is clear: A Chinese spy is lurking around every corner, and you should be terrified. Naturally, these same figures feign shock and alarm when the logical conclusion of their worldviews rears its ugly head and ordinary people suffer for it.

At its core, this is a refusal to accept an athlete at the top of her game might genuinely have an attachment to her homeland and a sincere desire to represent it. The possibility isn’t even entertained; there must, simply must be some ulterior motive at play. We see this tactic used time and time again to discredit anyone who steps out of line — whether it’s Westerners with anything positive to say about China or the Chinese people themselves, who in independent polling regularly declare high levels of trust in their government.

This whole shameful affair shows the US’ much-ballyhooed belief in pluralism is nothing more than window dressing. Commitments to free expression are only valid, particularly for members of minority groups, so long as they align with the consensus spearheaded by Washington. After even the slightest diversion, any notions of agency go straight out the window. These attacks rob Gu of her very personhood. They reek of colonial paternalism.

Her reasons for making this choice are her own, and hers to share — or not share — when she sees fit. It’s not the business of you, me or anyone else to interrogate her motivations or engage in armchair psychoanalysis.

But if you still feel the need to throw a tantrum, by all means go ahead. I doubt she’ll hear you from the top of the podium.

9 thoughts on “Eileen Gu doesn’t care what you think – and no one else should, either ”