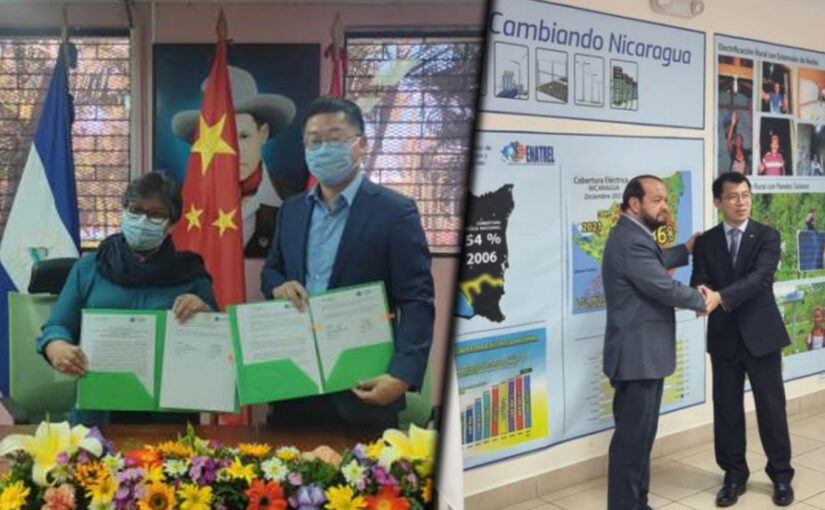 We are very pleased to republish this short article by Ben Norton, originally carried on Multipolarista, outlining the huge strides made in developing friendly relations and cooperation between Nicaragua and China since the two countries resumed diplomatic relations in December last year and especially since Nicaragua formally joined the Belt and Road Initiative last month. Major Chinese state owned companies will take the lead in a comprehensive program to develop hospitals, renewable energy, medical equipment, roads, railways and ports, as well as the water and public health systems, in the Central American nation.

The People’s Republic of China has come to an agreement with Nicaragua’s Sandinista government to develop infrastructure projects in the Central American country.

Top Nicaraguan officials announced on February 9 that they had signed a comprehensive memorandum of understanding with representatives from Beijing.

Numerous Nicaraguan governments institutions are participating in the projects, including the Energy and Mining Ministry (MEM), the Ministry of Health (MINSA), and the Ministry of Transportation and Infrastructure (MTI), along with the state-owned water company ENACAL.