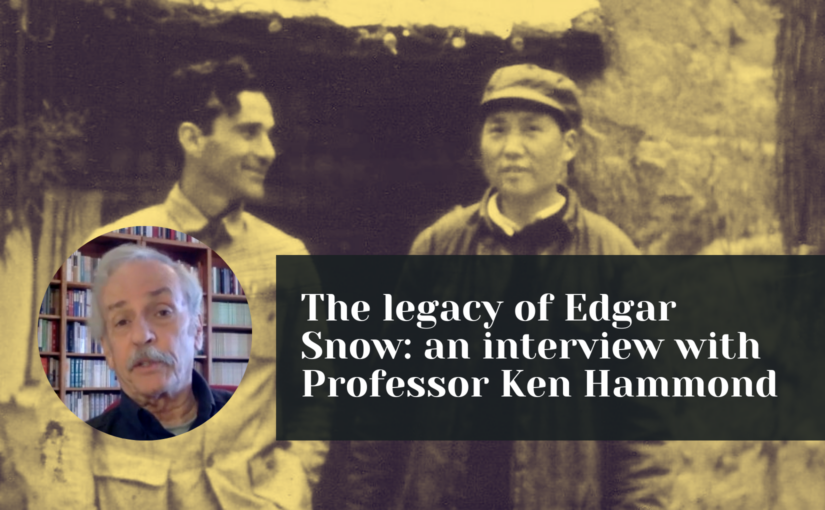 Edgar Snow, a lifelong friend of the Chinese people and proponent of US-China friendship, died 50 years ago, on 15 February 1972. His pioneering book Red Star Over China, written in 1937, was the first introduction to the Chinese Revolution for millions in the English-speaking world. It remains essential reading today, and Snow’s life continues to inspire those that live by the principles of solidarity, international friendship and peace.

Interviewed by Friends of Socialist China co-editor Carlos Martinez, Ken Hammond – professor of history at New Mexico State University and an expert in Chinese history, politics and language – discusses Edgar Snow’s early life, his political development, his relationship with the leadership of the Communist Party of China, the impact that ‘Red Star Over China’ had in the West, the relationship between US progressive circles and China over the decades, and the importance of getting US-China relations back on track.

2 thoughts on “The legacy of Edgar Snow: an interview with Professor Ken Hammond”