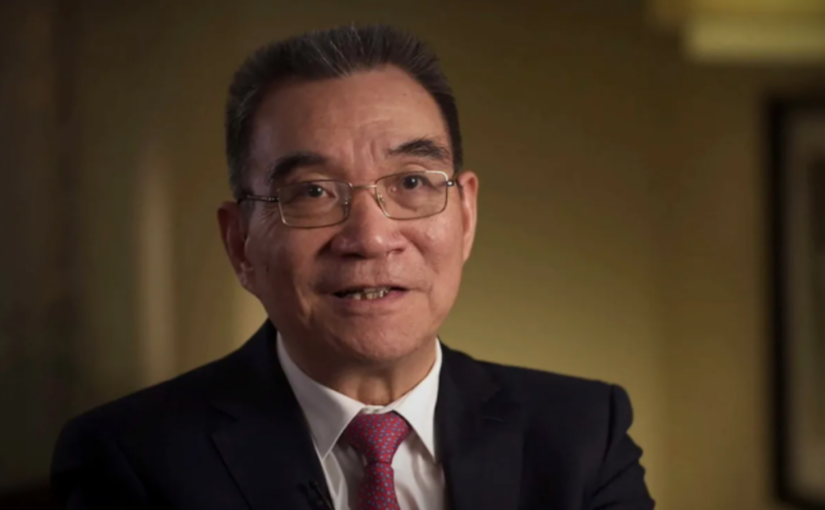 We are pleased to reprint this important speech, recently delivered at Peking University, by Dr. Justin Yifu Lin, one of China’s leading economists and a former Vice President of the World Bank, which addresses the speed of economic growth in China this year; the relationship between economic growth and innovation; how to achieve common prosperity; and when will China become a high-income country.

The speech was published in English by Asia Times and originally in Chinese on guancha.cn

This article is compiled from a speech by former World Bank Vice-President Justin Yifu Lin at the Peking University National School of Development’s “China Economic Watch No 60: Interpretation of the Two Sessions and China’s Economic Prospects” event. This article has not been reviewed by the speaker himself.

Good afternoon, everyone, online and offline. As a member of the Chinese People’s Political Consultative Conference (CPPCC), I am glad to have this opportunity to talk to you about some of the hot issues that were of concern to the delegates and members of the CPPCC during the two sessions.

I will mainly talk about three points. First, the speed of economic growth this year; second, economic growth should be innovative; third, how to achieve common prosperity? When will China become a high-income country?

So, how to make the economy bigger and increase the share of service industry? Of course, we need to raise income levels and economic growth.

Second, we need to have two big pictures in mind. One is the overall strategic picture of the great rejuvenation of the Chinese nation, which includes politics, culture, and many other aspects, but the economy is the foundation.

To achieve the great rejuvenation of the Chinese nation, the goal is to set China’s GDP per capita at 50 percent of that of the United States at purchasing power parity (PPP) – about the level of South Korea in 2002 – a requirement that should be in place. But China’s GDP per capita at PPP is currently just over 20% of the US. To go from just over 20% to 50%, and to achieve it by 2049, would require a relatively high rate of economic growth.

Another big picture is that we are now facing a major global change that has not been seen in a century. How should we manage this big change? Only if China’s GDP per capita at purchasing power parity reaches 50% of the US, the U.S. will accept China as the number one economy by then, because by then, the US will probably have no means to jam our necks.

Third, the United States also needs China’s market to sustain its own development.

I have said over and over again that China has a growth potential of 8% per year by 2035. What does that mean in terms of growth potential? It’s like when you buy a car: You look at the technical indicators, including the design top speed of the car. Growth potential is the rate of economic growth that you can sustain from a technical point of view without over-consuming various resources.

China is in the process of development. An 8% growth potential represents a possibility, but we must also consider the requirements of other domestic and international aspects. Considering that development is the basis for building a new development pattern, achieving the great rejuvenation of the Chinese nation, and navigating the unprecedented changes of the century, China should be able to achieve 6% annual growth.

The target set in this year’s government work report is about 5.5 percent GDP growth, which is lower than I expected. That is because I was talking about 8% potential and 6% growth when there was no war between Russia and Ukraine.

In this situation, I think our target of about 5.5% is a reasonable and realistic target. And now that China’s GDP accounts for more than 18% of the global economy, if we grow at 5.5 percent, we can still contribute to about a quarter of the growth of the world economy, and China will continue to be the main driving force of economic development around the world. So, at such a growth target, the basic dynamics of China’s development are still maintained.

Of course, if possible, especially now that we are proposing stable growth, and in the Central Economic Work Conference also once again made clear that “development is the basis and key to solving all our problems”, perhaps we can do a bit more effort to exceed 5.5%  and closer to 6%.

The second issue is innovation. Economic growth can’t just rely on the flat expansion of factor inputs and replicate the production to develop. There must be innovation so that the level of labor productivity becomes higher and higher as the main source of development.

But the question is how to innovate? Because when academia and media talk about innovation, the emphasis is usually on invention. This way of thinking and this theoretical framework is influenced by mainstream economics, which comes from developed countries.

But when accounting for growth, the inputs of these inventions are not entered as input factors on the right-hand side of the equation. So growth becomes the result of the total factor productivity that everyone admires so much, measuring what you achieve by the inputs of invention.

What is the rate of economic growth in developed countries when they rely on inventions to get innovation? Of course, there are highs and lows, but the average growth rate of developed countries from the mid-19th century to now is about 3% per year. Of this, the increase in GDP per capita or average labor productivity is about 2% and the population growth is about 1%.

China is a country that is still catching up, and the mechanism of innovation for a country that is catching is not the same as for a developed country. Innovation means that in the next production cycle, the technology you use is better than the current technology, or that you enter a new industry, and the added value is higher than your current one.

With the introduction of technology, or industrial upgrades to introduce mature industries, or generally to buy better equipment, the growth rate of innovation has been included in the capital input as far as growth accounting is concerned, so there are no residual items. That certainly implies that total factor productivity is low. Nonetheless, this is a magic weapon for developing countries that makes it possible to grow at a relatively high speed and low cost.

Of course, the academic community also comments that China has been using introduction, digestion, absorption, and reinvention to promote economic growth for more than 40 years, and that China’s per capita GDP now has reached US$12,551, and is about to become a high-income country. Are we running out of opportunities to introduce, digest and absorb? We have to invent new technologies ourselves to have innovation.

Let’s look at the actual economic situation. From the perspective of the new structural economics, I divide China’s current industries into five major categories.

The fourth category is the new economy that gives China the opportunity to “overtake”, because the new economy is characterized by a particularly short research and development cycle, based on human capital investment. China is a large country in terms of human capital; add to this the fact that China has a large domestic market and complete industrial support, so China can compete directly with developed countries in “overtaking.”

The fifth category is strategic industries, industries that developed countries have and China does not have, but China that cannot introduce, whether due to the requirements of national defense, or economic security reasons, or simply by being stuck. In these cases, China must invent itself.

The gap between the quality and technology of Chinese products and developed countries is still quite large. Therefore, the majority of Chinese industries are still catching up, and the best way to catch up with technological innovation is to introduce, digest, absorb and reinvent, which is the magic weapon for developing countries to achieve rapid development.

Recently, there has been more talk about common prosperity. In society, whether at home or abroad, a view has been formed that “common prosperity means killing the rich to help the poor and improve average income.”

From the perspective of the new structural economics, if we follow the comparative advantage in technological innovation and industrial upgrading, we can achieve the combination of equity and efficiency at the same time during the primary distribution of income and give the government more space for the secondary distribution. Why?

If we innovate according to comparative advantage, we will have the lowest production cost, and under the joint action of effective market and facilitating government, it will become our competitive advantage, which is of course efficiency.

Conversely, labor will go from relative abundance to relative scarcity. Under conditions of changing factor endowment structure, wages will rise very fast. When your wages rise very fast, the poor have a comparative advantage, and their labor becomes more and more valuable.

Conversely, the relative return of capital will decrease, that is, the value of the assets owned by the rich with comparative advantage will decrease. In this situation, income distribution can be improved.

In fact, when the East Asian economies were in the catch-up phase, they achieved simultaneous improvements in growth and distribution. Regarding China, I have also done a lot of empirical studies. If a region develops according to its comparative advantage, the economic growth of the region will be fast and the income distribution of the place will also improve, realizing the alignment of equity and efficiency.

And the economic growth is fast, the government’s fiscal revenue will rise, and according to the development of comparative advantage, enterprises will be viable, and will not need to rely on the government’s protective subsidies.

Therefore, the increased government revenue can be invested in the second distribution of human capital that provides the labor force and makes it employable, and then eliminates regional and urban-rural disparities, and takes care of widows, orphans and other under-privileged.

Finally, when will China become a high-income country?

Of course, $12,695 is based on the current exchange rate, and the exchange rate will fluctuate. I think no matter how it fluctuates, if we don’t cross this threshold this year, we should cross it next year, and I believe at the latest we will be able to cross it in 2025 when the 14th Five-Year Plan is completed.

I believe that we will have the opportunity to witness this history.